CHICAGO — The serious spike in murders and shootings this year has the Police Department significantly scaling back a key violence-reduction strategy once highly touted by Mayor Rahm Emanuel.

Interim Police Supt. John Escalante has ordered 380 beat-walking police officers and 70 supervisors assigned to foot patrols to get back in their cars.

“We are not moving away from the strategy of foot patrols that have been successful,” spokesman Anthony Guglielmi said.

“Visibility is key. When it’s 7 degrees outside, there aren’t as many people out and about in the community. People might not see a police officer walking around a corner, but they will see a bright white Chevy Tahoe.”

That’s not quite how former police Supt. Garry McCarthy saw the effect of adding more officers on foot patrol in “impact zones” that he once billed as the “return to community policing.”

In 2013,  McCarthy told me foot patrols were successful to the point that "there was gang graffiti that says, “F--- the foot police."

Emanuel and his former top cop — who was fired by the mayor in the wake of the Laquan McDonald shooting — both publicly credited the foot police for reducing violent crime, specifically a drop in shootings and murders in February 2013 that led to expanded foot patrols in the city's most dangerous areas.

“We have the same [officers on the street] but we’re tweaking the strategy to address the incidents of violence [so far this year] which are predominantly gang related,” Guglielmi said.

“Right now we feel visibility is helpful to stabilize these neighborhoods. We’re not vacating impact zones or the strategy. We’re tweaking them to respond to what we’re seeing.”

Reducing the number of officers walking the beat is just one of a series of “tweaks” and changes police officials have touted after a bloody January when 53 people were murdered — that’s double the number of slayings in January 2015 — that continued the first week of February.

There were 17 homicides — including a mass murder in Gage Park that left six family members dead — during the first eight days of the month. That’s just three fewer murders than the entire month of February 2015, according to police data.

In response to questions about the winter spike in violence, police officials offered a few vague examples of new crime-fighting tactics. There will be “increased patrols in areas affected by gang violence to reduce the likelihood of retaliatory acts, and “a series of missions targeting gangs at the heart of their operations.”

Guglielmi also offered a sunny outlook on the recent promotion of 100 new sergeants — along with the promotion of 30 new lieutenants planned for March — that keep up with department attrition, saying the newly trained supervisors will be a “shot in the arm” at police districts.

The Police Department also says a recent move to relocate organized crime investigative units out of headquarters and into police service areas was in response to this year’s spike in shootings and murders. But changes to the gang unit, which sources say was planned by McCarthy, were announced in mid-December.

Bob Tracy, who was McCarthy’s CompStat data guru, resigned this month to take a job in the private sector.

“We’re still analyzing CompStat,” Guglielmi said. “A deputy chief is running it. I’m not sure which one.”

One thing that won’t change: the Police Department’s focus on getting illegal guns off the street.

Police “will continue to implement both tried-and-true practices to reduce violent offenses as well as explore innovative methods to combat a trend of violence fueled by the availability of illegal guns,” police spokesman Frank Giancamilli said. 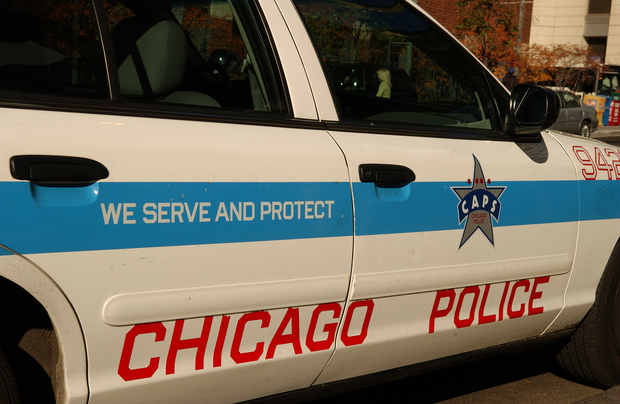