RIVER NORTH — One of Downtown's last remaining record stores is readying to close its doors after its owner reached a deal to sell all his records.

Bob Koester said he recently accepted an offer to sell all his inventory within Jazz Record Mart, which has peddled vinyl LPs and other records for about 10 years from 27 E. Illinois St.

The deal is still pending, but either way, Koester believes his days Downtown are numbered. If the sale goes through he'll give the proceeds to his family, and if it doesn't he plans to move out of the neighborhood because his landlord nearly doubled his rent to $12,000 per month last year.

"I would like to get out of the retail business because my son isn’t interested and my rent is terrible," Koester said.

The departure would mark the end of an era for Koester, a Kansas native who got his start buying and mailing records out of his dorm room in the '50s. In 1959 he bought Seymour's Record Mart in the Auditorium Building, 50 E. Congress Parkway, and had moved all over Downtown before arriving at 27 E. Illinois St. in 2006.

That store measures about 4,200 square feet, and Koester says he can't even estimate how many records are stacked within. He also runs Delmark Records, a jazz and blues record label in North Center.

Koester was inducted into the Blues Hall of Fame in the '90s, but like other music stores his Jazz Record Mart has struggled to adapt to the era of digital music sales (or lack thereof). Koester said his vinyl sales have been boosted by nostalgic buyers in recent years, but he still can't meet the demands of a landlord who seeks a tenant who can pay the amount of rent most modern-day River North retailers are paying.

Cook County property records show the building at 27 E. Illinois St. is owned by a venture led by Northbrook investor Khaldoun Fakhoury, who did not return a message seeking comment.

Once Jazz Record Mart closes, the only record store left Downtown would be a Reckless Records at 26 E. Madison St. Koester said if he sells his inventory he will give his landlord 60 days notice of his closing. If the deal falls through he plans to move the store closer to his record label. The Tribune first reported late last month that the store is for sale.

The pending buyer, Koester said, is an Arizona-based music collector who sells records on the Internet. 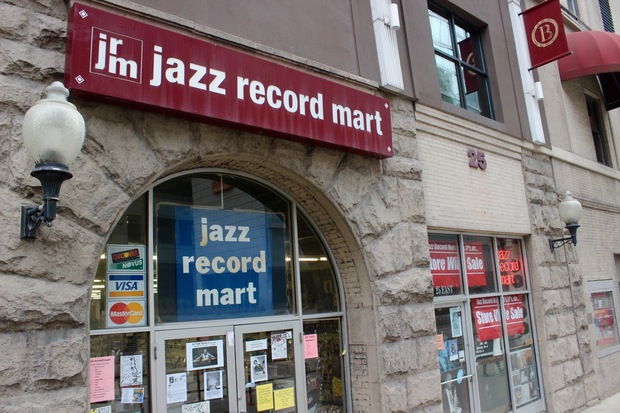 Jazz Record Mart, 27 E. Illinois St., is set to close soon after its longtime owner struck a deal to sell all his records. [DNAinfo/David Matthews]