PORTAGE PARK — Foreman High School in Portage Park tossed out hundreds of books Friday that Principal Daniel Zimmerman said hadn’t been used in at least three years, sparking outrage among parents and teachers who said they would have taken the books if given the opportunity.

The books — many still shrink-wrapped — were placed in a Dumpster Thursday night and were set to be carted off to be recycled Friday, in accordance with district policies, Zimmerman said.

That incensed many teachers, some of whom took to Facebook to mourn the loss of textbooks at a time when the district is facing a budget deficit of $480 million. 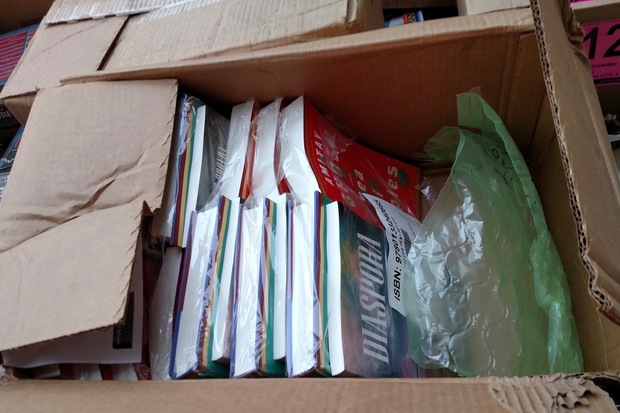 The effort to clean out the Portage Park high school's basement book room was part of a "routine cleaning process," Passman said.

One Foreman teacher said she put as many books as possible in her van after finding them in the Dumpster before it began to rain. Later, she deleted the post.

"Teachers are passionate about books," Zimmerman told DNAinfo Chicago. "They had an emotional reaction."

Teachers were given a chance to claim the books before they were put in the Dumpster, Passman said.

The books were "no longer fit for classroom use," said CPS spokesman Michael Passman.

The school offered to sell or donate the books to seven or eight firms but none were interested, Zimmerman said.

The books were disposed of in accordance with the district's policies and will be recycled, Passman said. 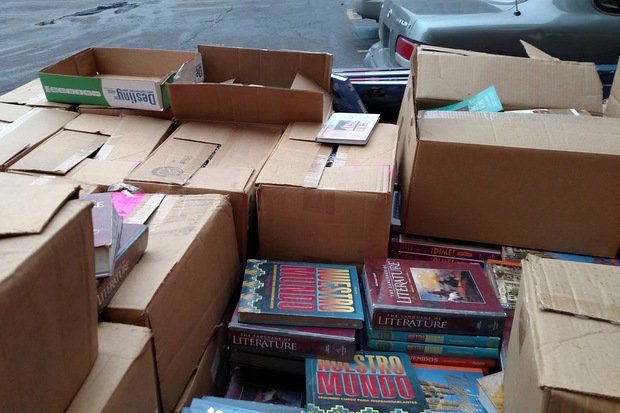 Zimmerman said the books had been stored in the school's book room, where they could have blocked access to parts of the basement in the event of an emergency.

The school's book room manager ensured none of the books were currently being used by teachers or students, Zimmerman said, adding that many teachers now use electronic instruction material.

"The material they contained was outdated," Zimmerman said. "They were just taking up space."