DOWNTOWN — For Matthew Haussler, the whole city is a maze.

Not in the sense that he gets lost — Haussler, 31, lives in Uptown and knows his way around. But the artist has made a name for himself by creating exhaustively detailed mazes (and ones so big they've broken world records), and he's used the city as inspiration more than once.

Haussler's first Chicago maze was an illustration of Lincoln Park Zoo looking south. He knew the toy company he works at wouldn't be interested, so he turned to Kickstarter and raised more than $4,000 to publish the first edition of "Chicago Mazes." The book depicted the city's landmarks — including the Art Institute, Cloud Gate and Daley Plaza — as intricate, yet solvable, mazes.

Now, Haussler is raising money for a second edition of the book with all new locations.

"People would see [my] work and be like, 'Oh, that's the place down the street!' 'Yeah, can you believe that's a maze?'" Haussler said.

It's easy to look at the mazes and mistake them for simple illustrations. "[People] looked at it as art first, and when they found out it was a maze, it was this extra sense of discovery. That was pretty fun," he said.

Scroll down to see examples of Haussler's mazes

For the second edition of "Chicago Mazes," Haussler plans to illustrate the Field Museum and Shedd Aquarium, but he's not sure what else he'll draw — maybe the Willis Tower or another angle of the Water Tower. Everything should be along transit lines, he said, and he only wants to make mazes out of places everyone can see — no fancy rooftop views.

"The last one was pretty much around the Loop," Haussler said. "This one I'm going to try to branch out a bit more."

While the first edition of "Chicago Mazes" was all print, this second edition will come with a digital version. That will ensure people can save the art and solve the mazes, which fans were hesitant to do before — they didn't want to "ruin" the illustrations, Haussler said.

RELATED: Chicago Man Draws Massive Maze of Chicago, Which Could Be World Record

While Haussler has gotten complaints that the mazes are either too easy and too hard, they should only take an adult about two minutes to solve and aren't meant to be too challenging, he said.

“My goal is for them to be more on the art side and a quick way to de-stress, as opposed to something that’s meant to be an all-day puzzle that frustrates you,” he said. “I think they look harder than they actually are. And that’s my intention.

“An 8-year-old could do these, an adult can do these, and both will feel satisfied with doing them.”

Haussler's mazes will also be featured at Intelligentsia Coffee downtown over the summer. The coffee spot will feature his Chicago mazes and other, much larger puzzles.

“It’s gonna be cool,” he said. “For me … it’s a lot more fun because I get to plan for that space, specifically.”

Check out mazes from the first volume of "Chicago Mazes:" 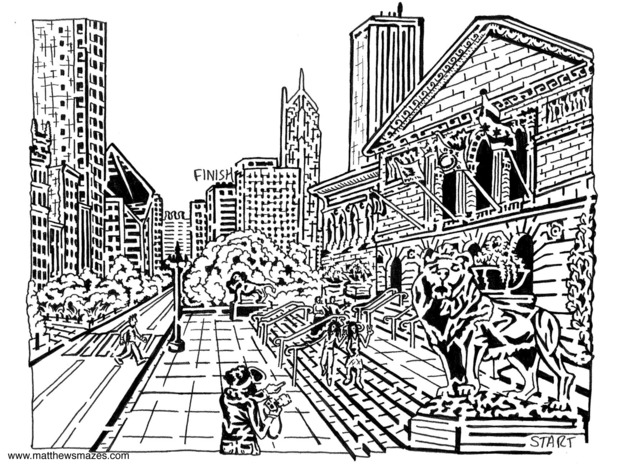 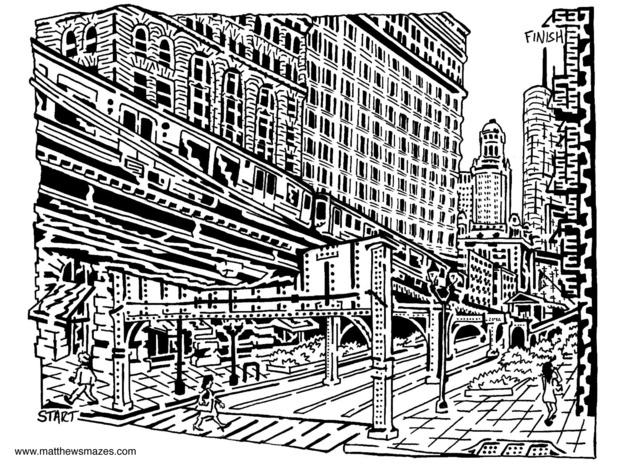 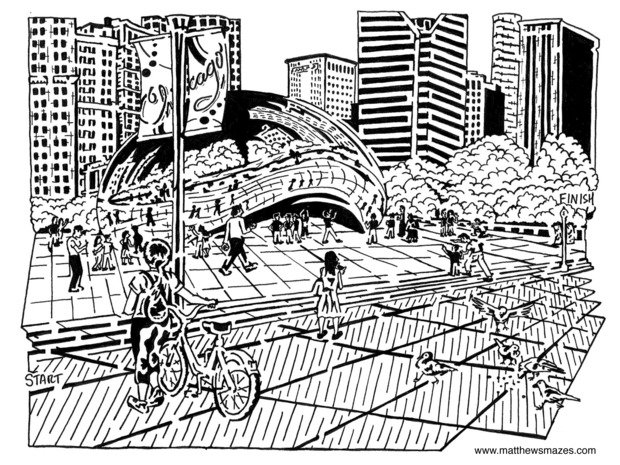 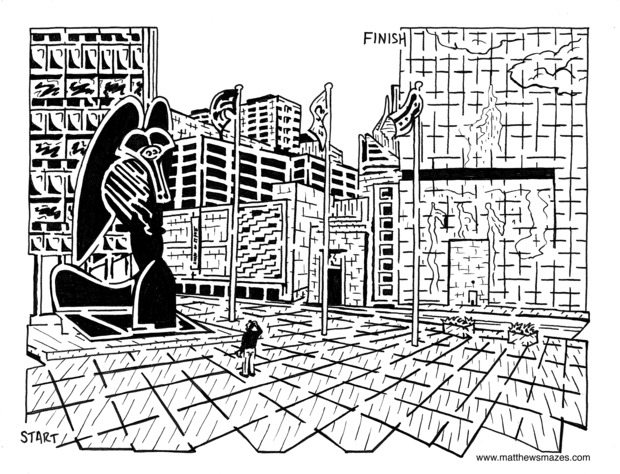 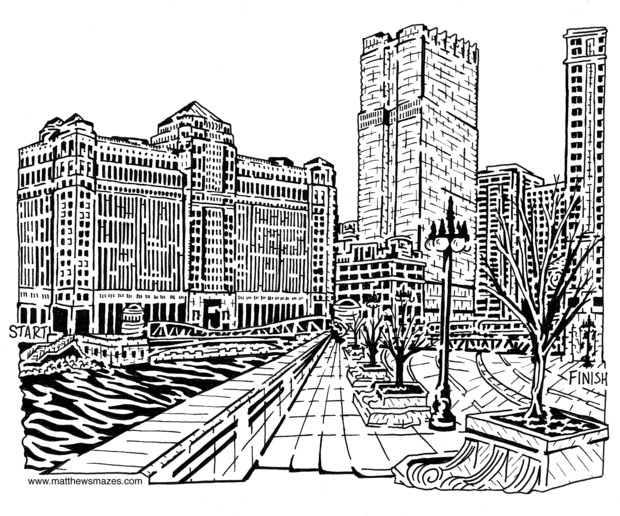 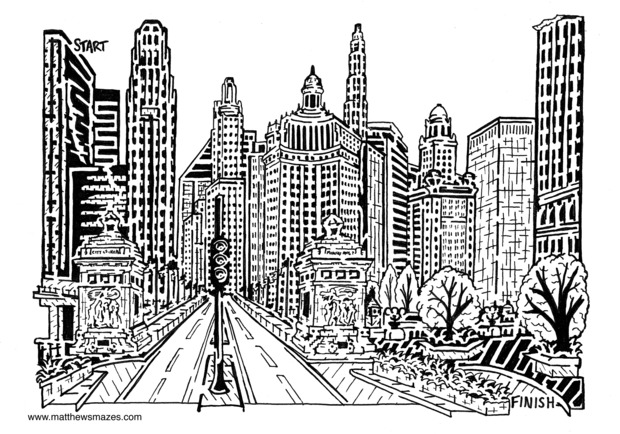 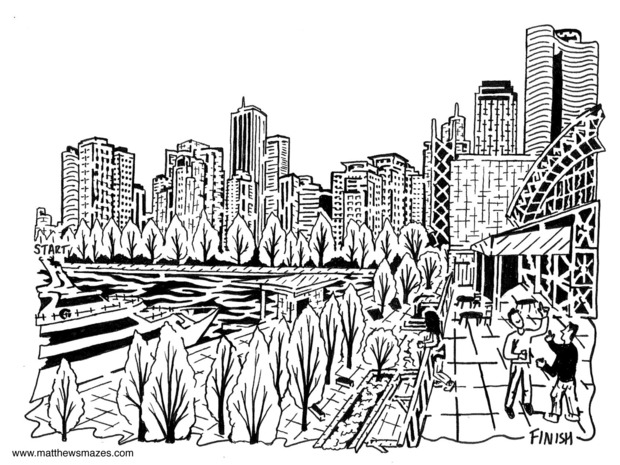