DOWNTOWN — An 80-foot-long, multicolored totem to artists known and unknown will soon be the latest addition to Grant Park.

"The Artists Monument," designed by Oak Park resident Tony Tasset, will be installed just south of the Logan Monument later this month or by early February, said Bob O'Neill, president of the Grant Park Conservancy.

Consisting of two storage containers covered in acrylic panels, the piece is etched with the names of nearly 400,000 artists ranging from the likes of Picasso and Warhol to random people Tasset found on the Internet.

"Somebody who’s had one exhibition in a university gallery 25 years ago," Tasset said.

The point, Tasset says, is to strip the hierarchy out of art to make it more approachable to the public. Literally sourced by Internet searches, the piece also speaks to the fact that names are now "available to everybody," he said.

"Art, like everything else, there’s always a hierarchy and a pecking order. I wanted to take that away," Tasset said. "You can make a monument to almost any kind of profession now."

The Artists Monument, which debuted in 2014 at the Whitney Museum's Biennial in New York, is the second piece to be displayed here by Tasset, who also teaches at the University of Illinois at Chicago and works with a West Loop gallery. Tasset also designed a giant eyeball that occupied the Loop's Pritzker Park in 2010. 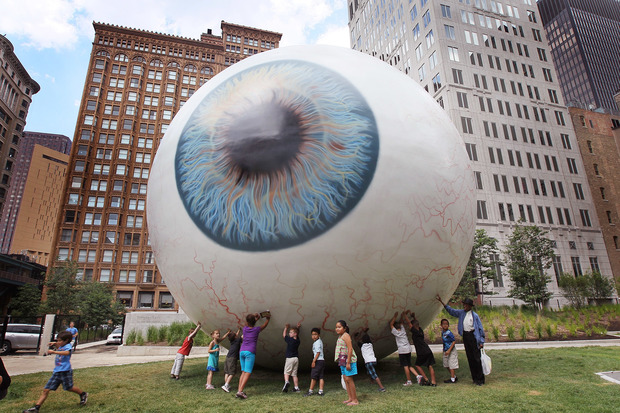 The scrolling names, listed alphabetically, are admittedly similar to those of the Vietnam Veterans Memorial in Washington, but Tasset said he purposely made his piece colorful to distance himself from the better-known war monument.

O'Neill said the piece would be laid at a diagonal just south of the Logan Monument at Ninth Street, and be out of the park by "probably July." Installation will cost $24,000 at the expense of the Chicago Park District.

"The Chicago Park District's public art installations are part of Mayor Emanuel’s efforts to bring public art directly to Chicago neighborhoods and fits into his citywide vision for art and culture, as outlined under the Chicago Cultural Plan," Jessica Maxey-Faulkner, a park district spokeswoman, said in a statement.

Once installed, the Artists Monument will be wedged between two other familiar pieces: the aforementioned Logan Monument and the 106 torso-less "Agora" statues near Roosevelt Road.

"We want to improve the south end of Grant Park; bring more life into it, and more culture, and those kinds of things," O'Neill said. "Grant Park has to appeal to all kinds of different interests."

Click on the slideshow above or scroll down below to see more photos of the new sculpture before it's installed: 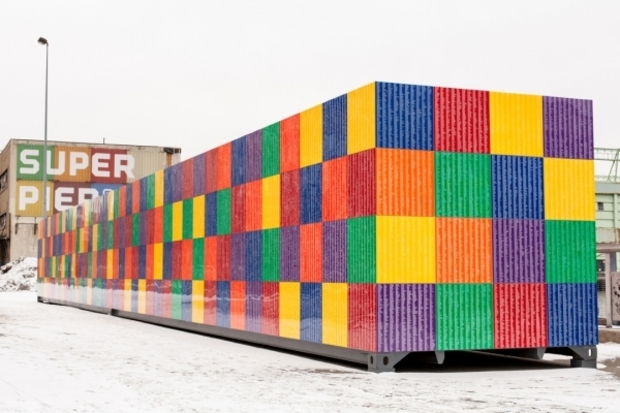 [All photos courtesy of Joseph Rynkiewicz] 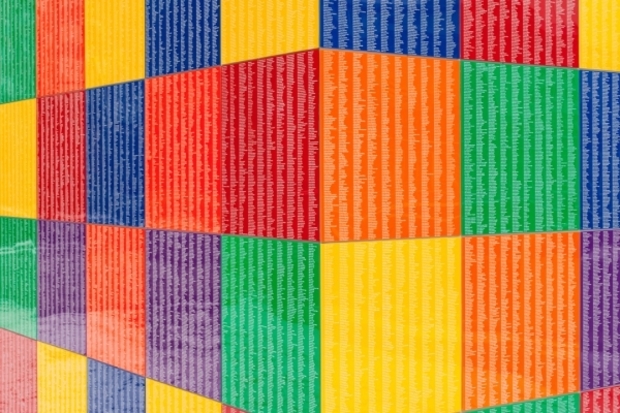 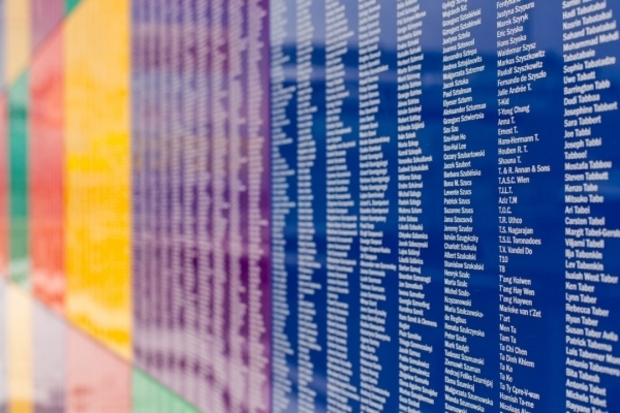 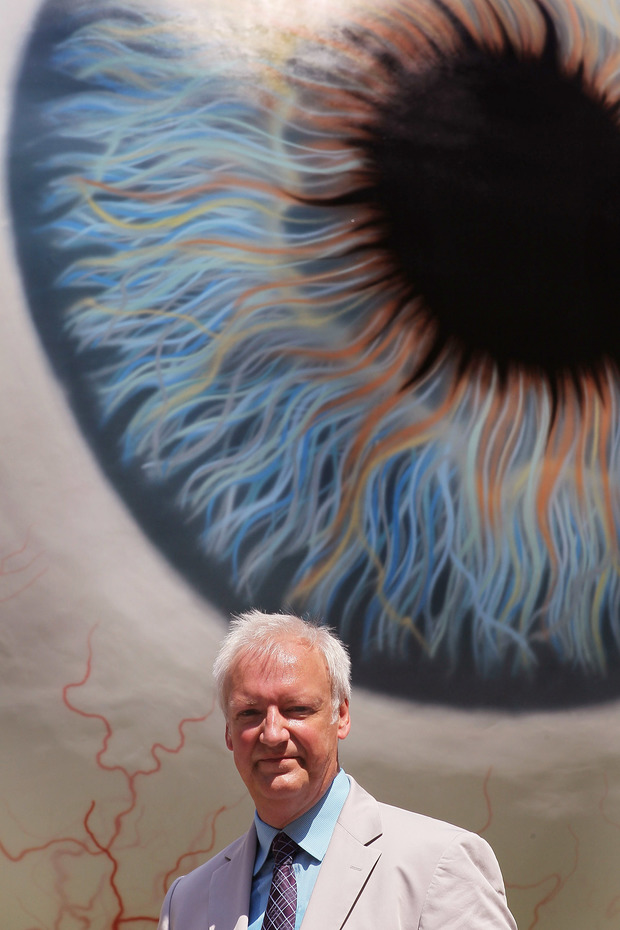