What Is It Like to Win Free Doughnuts For Life? Pretty Sweet So Far 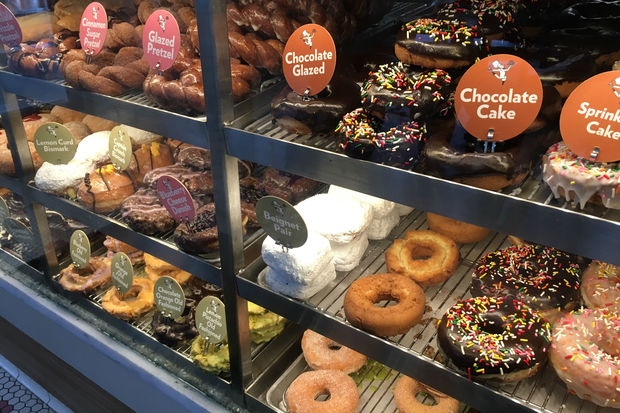 Imagine eating a dozen Stan's Donuts every month for the rest of your life. [DNAinfo Chicago/Janet Rausa Fuller]

CHICAGO — The first 100 people in line at Saturday's opening of Stan's Donuts in the South Loop will each get an envelope. Inside will be a card entitling them to swag of some sort: a free doughnut, a coffee, a T-shirt.

But only one person will get the Donut Winner For Life card, which, if you ask Katharine Izard, is as amazing as it sounds (if you like doughnuts, and that she does).

Izard, 27, is the inaugural recipient of Stan's grand prize, which she won at the opening of the Lakeview store in October, the first time the Los Angeles-based doughnut company had done such a promotion.

Granted, she's only a few months into her unlimited-doughnut diet, but so far, so delicious.

"It's been really exciting," said Izard, a comedy writer, performer and Second City student. "My roommate and I had a Christmas party centered around doughnuts. We got four dozen and made Christmas trees out of them. Oh my God, my friends were so happy to see doughnuts all over the place."

Izard has shown restraint by not indulging in a Biscoff Pocket or her favorite Glazed Old-Fashioned on a daily basis.

But the Charleston, S.C. native said she has treated a number of visiting relatives and friends to doughnuts. At the top of that list is her roommate Stephanie Spence, who convinced Izard that they needed to at least try for the freebie of all freebies. (Another friend, Matt Rosenthal, met them at Stan's at 5 a.m. By then, there were already 74 people in line.)

"Oh, you're the doughnuts-for-life lady!" said a clerk behind the counter to Izard earlier this week at the Lakeview shop, where she and Spence enjoyed a mid-morning doughnut.

"I definitely have gotten more doughnuts than I would usually ever get," Izard said. 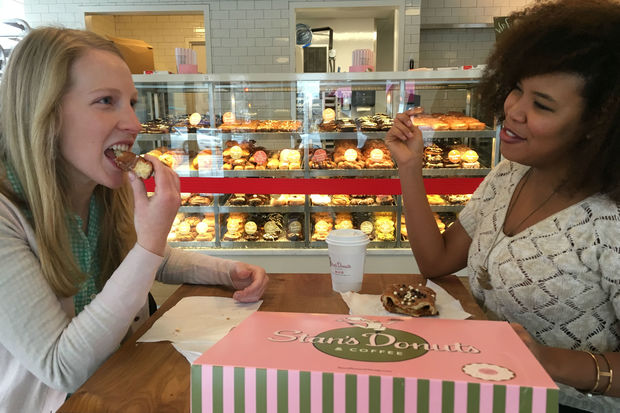 So does a food prize like Stan's — not that there are many like it — ever get old? Does the honeymoon end just as those extra 15 pounds show up? Will long-lost acquaintances start coming out of the woodwork, asking for dough(nuts)?

Could this backfire and turn Izard off of the breakfast treat forever?

"I've now got this gift that I'm happy to share," said Izard, who said none of her friends have actually asked her to treat them to doughnuts.

As for the added calories, she said, "I'm a very active person. I've never been a person who's counted calories."

A passing comment from a random stranger at the opening only made her laugh.

The biggest downside to a food free-for-all might be if or when the generous business in question closes, as some tattooed fans of the late hot dog emporium Hot Doug's discovered.

Jennifer Saito, 32, had to work for her prize — a year's worth of steamed buns from Wow Bao — by eating as many bao as she could in two minutes. The restaurant has held the bao-eating contest for three years now.

"I am disgusting," she said with a hoot.

Like Izard, Saito is only three months in but shows no signs of a waning appetite. Her prize amounts to a six-pack of bao a day — 2,190 in all.

"The onus is on you to go pick them up," she said. With the exception of a few days when she's been out of town, and Thanksgiving and Christmas when the restaurant was closed, she has made good on her winnings.

She's figured out a good system: Buy the frozen bun packs, which keep for a while, and also give them to friends and the homeless.

"The most I eat now is maybe four a day," Saito said. 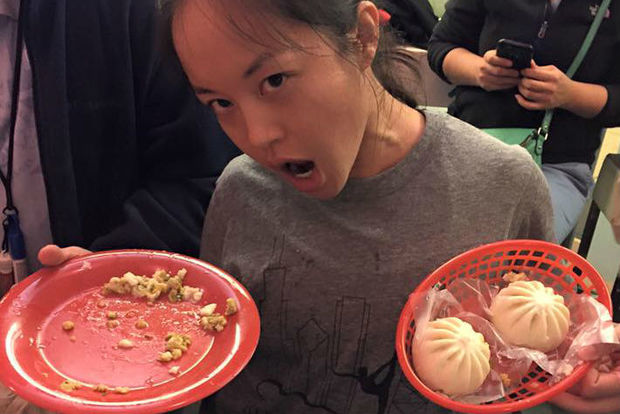 Izard's doughnut deal works out to $430 worth of doughnuts a year, in any flavor, combination or quantity she wants, said Stan's spokesman Matt Hensler.

Izard's card has her name on it. It works like a debit card at any Stan's location, but Izard and only Izard must present it. It's up to her to bring in the card to be replenished every year.

What if she loses the card?

"We have to keep that close to our vest. But we have their name. [Izard] knows how to contact us," said Stan's owner Rich Labriola, who partnered with founder Stan Berman to open stores in Chicago and thought up the giveaway.

What if Izard leaves Chicago, as she says she probably will someday? She mulled it over.

"I'll come back here for doughnuts. Maybe I'll make it an annual thing. But there's also the location in L.A., so ..." she said.

What if Stan's Donuts, which has been around since 1965, goes the way of Hot Doug's?

"Well, I hope Stan's outlives whoever wins. Not to be morbid or anything," Labriola said. 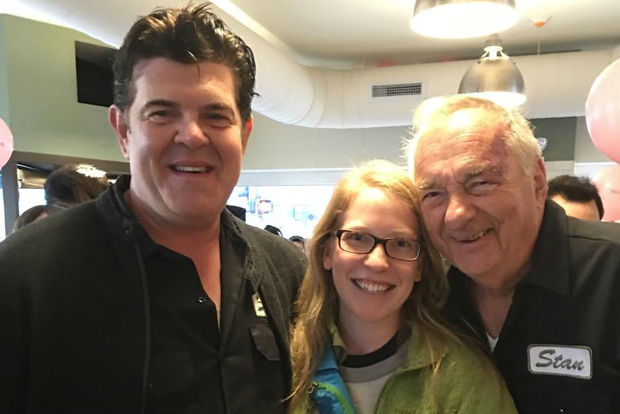 Whoever wins Saturday will join what Labriola says is a growing list. He plans to anoint one doughnuts-for-life winner at every store opening "for the forseeable future." That includes a fifth shop in a former Caribou Coffee at 3300 N. Broadway Ave., slated to open around April 1, and at least one more this year, possibly on or near Michigan Avenue, he said.

Izard has advice for those who make it into the Stan's lifetime supply club.

"Share the love," she said. "Have a party. Don't eat all the doughnuts yourself."