By Kelly Bauer |&nbspJanuary 13, 2016 6:06am | Updated on January 14, 2016 10:51am
@bauerjournalism
Twitter Facebook Email More
Joaquín "El Chapo" Guzmán was the head of the Sinaloa cartel, which is responsible for much of the city's drug trade and violence, experts said.
View Full Caption
DNAinfo/Geoff Ziezulewicz

CHICAGO — Should Mexican drug lord "El Chapo" be extradited to Chicago, it will be the first known time he's stepped foot in the city — though he controlled the vast majority of its drug trade and violence for years, experts said.

El Chapo, the nickname of infamous drug lord Joaquín Guzmán, was dubbed Chicago's Public Enemy No. 1 — the first person to hold that title since gangster Al Capone. The Sinaloa cartel is responsible for running drugs, including heroin and cocaine, between Mexico and Chicago, generating billions of dollars for El Chapo and others, and has been blamed for thousands of deaths.

Guzmán and his cartel partnered with the city's street gangs to sell and distribute drugs, said John Pastuovic, a spokesman for the non-governmental Chicago Crime Commission, which dubbed El Chapo Public Enemy No. 1 in 2013. The city has been identified as a "key recipient" of the drugs brought in by the Sinaloa cartel and is used as a "shipment hub," Pastuovic said.

"We feel he's one of society's most vicious, most ruthless and most powerful individuals," Pastuovic said. "Really, compared to Guzmán, Al Capone really looks like an amateur.

"You could say that Guzmán's fingerprints are on much of the violence that is plaguing Chicago today." 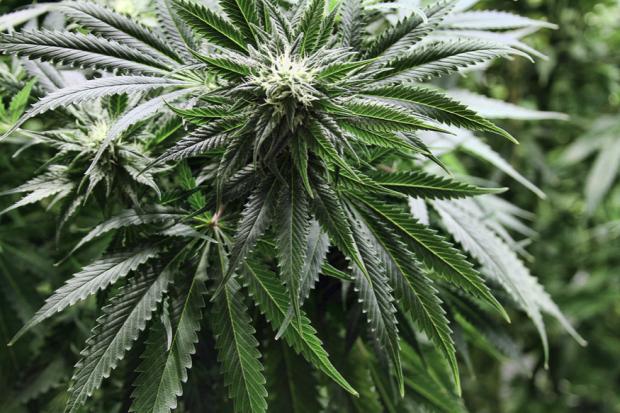 Guzmán is head of a Sinaloa cartel faction that worked with others to bring drugs — including marijuana, meth, heroin, cocaine and MDMA (also known as Ecstasy or Molly) — into the United States, according to the Justice Department. The Sinaloa is the "preeminent" drug-smuggling cartel, according to the department.

By 2013, the cartel was supplying 80 percent of Chicago's heroin, cocaine, marijuana and meth at a street value of $3 billion, authorities told Bloomberg.

El Chapo's cartel established partnerships with Chicago's street gang members as part of the drug trade, Pastuovic said, and the violence associated with the city's gangs is due to the Sinaloa's drug trade. Jack Riley, who used to lead Chicago's Drug Enforcement Administration, told CNN the Sinaloa cartel connected with nearly 150,000 gang members.

"The violence that is occurring in Chicago is occurring because of furors over street corners where gang members are selling drugs," Pastuovic said. "That's what the violence is about."

The Chicago Police Department declined to comment on El Chapo or the cartel.

Guzmán conspired with cartel associates — including his children and relatives — to smuggle drugs into the United States using tunnels, cars, trucks and rail cars, according to a 2015 indictment against him from the Northern District of Illinois. The drugs were transported to Chicago and other cities, stored in "stash houses" and then distributed to wholesale customers and Sinaloa cartel associates, according to the indictment.

The profits from the drugs were laundered and the Sinaloa cartel bribed "corrupt public officials," kidnapped people, threatened people and were violent against police, rival drug traffickers and its own cartel members, according to the indictment. The cartel was part of the "Mexican Drug War," which has left tens of thousands dead in Mexico and the United States.

Drug Lord: The Legend of Shorty

It was that control over the city's drugs and violence that led to the Chicago Crime Commission naming El Chapo "Public Enemy No. 1" in 2013. Only one other person, Al Capone, the city's infamous gangster, has occupied that role. The title was lifted after El Chapo was arrested and jailed in Mexico, but it was re-applied after he escaped from authorities this summer.

Guzmán will now remain Chicago's "Enemy No. 1" until he is in the custody of U.S. authorities, Pastuovic said.

"The West Side and the South Side have probably been particularly hard hit, but I don't think you can find a community in Chicagoland that hasn't been impacted by the drugs that he has peddled here," Pastuovic said. "His agents are working in the Chicago area, importing vast quantities of drugs [and selling them] throughout the Chicago region and collecting and sending tens of millions of dollars in drug money back to Mexico.

"There [aren't] many drugs that are being bought and sold in Chicago that aren't connected to the Sinaloa cartel."

The Chicago Crime Commission is calling for El Chapo, who was recaptured by Mexican authorities Friday, to be extradited to the United States, but there's no guarantee he will be brought to Chicago for trial.

After Guzmán's February 2014 capture, Mayor Rahm Emanuel said the city would "be ready" if the drug lord was extradited to Chicago, according to NBC. But Guzmán faces indictments in more than a half-dozen other American cities, including New York, Miami and El Paso, Texas, and he could stand trial in those places.

The Department of Justice will deal with any issues regarding Guzmán's extradition, said Joseph Fitzpatrick, a spokesman for the Illinois U.S. Attorney's Office. The office declined to comment further.

In Chicago, El Chapo faces charges of drug trafficking, smuggling and laundering, and the 2015 indictment calls for him and other defendants to forfeit about $2 billion.

The Chicago Crime Commission would prefer El Chapo be brought to Chicago, Pastuovic said, but he declined to say what crimes the commission wants to see Guzmán charged with.

"I think you can start with murder and work your way down from there," Pastuovic said.