CHICAGO — Activist Precious Davis will make history this week when she becomes the first transgender bride-to-be on “Say Yes to the Dress: Atlanta.”

Davis, an activist for trans people, and her fiancé, Myles Brady, both of Hyde Park, will talk about their love story while Davis seeks the perfect gown for their summer wedding during the episode. It will premiere Friday. 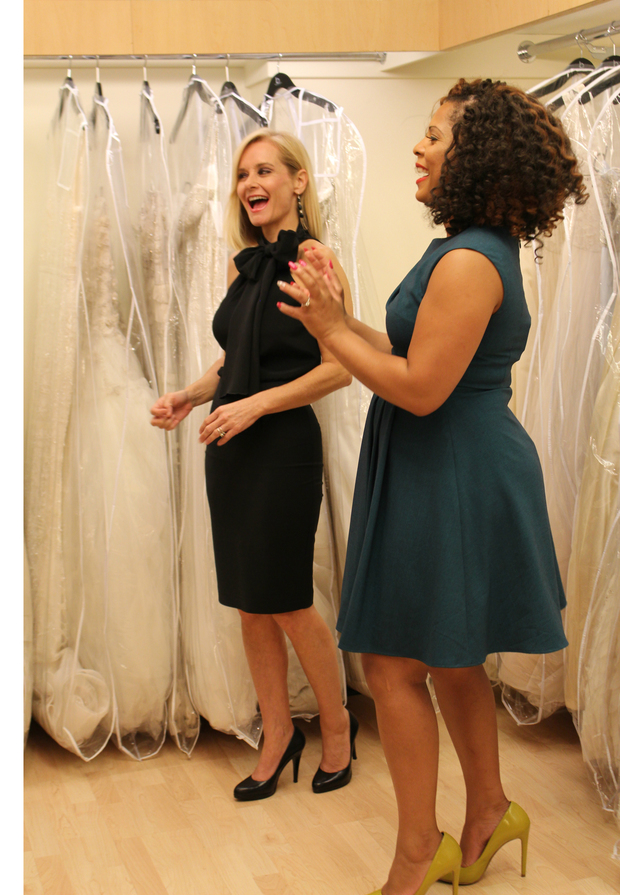 The staff of “Say Yes to the Dress” approached the couple and filmed the episode in the summer. Davis and Brady are well-known activists — they've even appeared in campaigns for Miley Cyrus’ Happy Hippie Foundation — but they had long been mum about the details of their romance. They decided “Say Yes to the Dress” was “authentic” and would be perfect for highlighting their love, talking about their lives as a trans couple and increasing visibility for trans men and women, Davis said.

“I think that ‘Say Yes to the Dress,’ [there are] always these beautiful, inspiring stories,” Davis said. “We believe that our love story is revolutionary to trans people.

“We encourage people to believe again in love and that their love doesn't come in one package. ‘Say Yes to the Dress’ was a really great example for us to use our activism in that way.”

Davis and Brady met years ago, when Brady, an activist for trans people who was doing social service work on the South Side, came to her center to talk about partnering. Davis didn’t really speak to him, she said, but they saw each other.

Tonight celebrating someone else's wedding I am reminded how much I love you. I never knew anyone in this world had the ability to love me more than all of the wrong kinds of love I have ever felt in this lifetime. You shield me from the chaos of the world and provide happiness beyond what I ever knew was possible. Myles I am celebrating this beautiful moment in time and forever will be enamored in you. I love you! #mylesandprecious #engaged #happy #latch

But Davis was focused on her career and gave Brady “the run-around,” telling him her job was her life. It wasn’t until six months after they met that Brady, who identifies as transmasculine, talked Davis into dinner at a sushi place — even though he is allergic to seafood.

Later, as they planned to attend a conference, he sent her an email that said, “I can’t wait to see you in Philly.”

They fell in love over the next few months despite — or because of — their differences, Davis said. She had grown up in an abusive home and her father died when she was young, but Brady encouraged her and never stopped Davis from being herself, she said.

“Our energies are completely different,” Davis said. “Where I am very fast-paced … Myles is very relaxed and he’s very chill. We’re kind of yin and yang to each other. … Just the way that he loves, the way he loves is so special and it’s so grounded in the Earth. And that just really, really moves me.

“And his love for me, it’s transformational. Him loving me, coming to the table as such a broken vessel but seeing me as whole and fulfilled and as a gift, deeply moves me.” 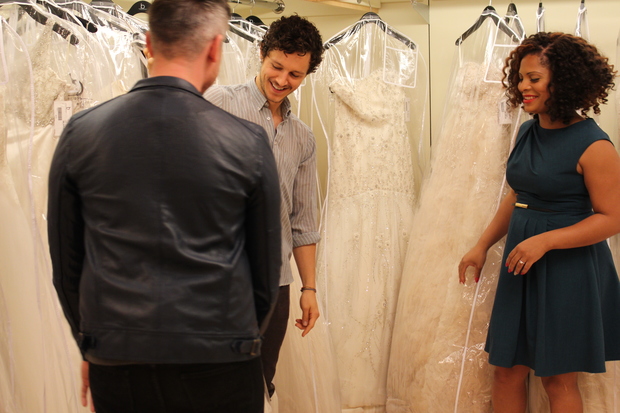 Precious Davis (right) looks at wedding gowns during the filming of "Say Yes to the Dress." Davis will be the first trans bride-to-be on the show, and she and her fiancé, Myles Brady, who identifies as transmasculine, will talk about their "revolutionary" love. [Courtesy Whitney Bell]

By June 2014, they were a couple; by the next February, they were in love and Brady decided to propose. On the day he popped the question, Brady convinced Davis that Beyonce and Jay Z were going to film a music video at the Bean.

Davis was so excited she wrapped up her training at work, told everyone about the music video and took a taxi to Millennium Park. She looked around the Bean and didn’t see Beyonce — but when she turned around, Brady was on one knee. He had brought the ring earlier that day, he said, and was so excited he couldn’t wait any longer to propose.

“I was shocked,” Davis said. “I actually ran in a circle because I was in such a state of shock. I screamed.”

Myles told me Beyoncé was at the bean.

The two will marry this summer at Rockefeller Chapel at the University of Chicago, though they’re keeping details of the ceremony private. Those who watch "Say Yes to the Dress" will see the dress Davis has chosen with the help of her "three fairy godmothers:" Robin, Lori and Monte, who "came to [Davis'] rescue" and helped her find the right dress, she said.

“In terms of my dress, it’s definitely fit for a queen,” Davis said. “It is the epitome of Precious Davis: glamor, glamor, royalty, black royalty. I will be the queen on my wedding. I will be the Dominique Deveraux that I have dreamed of. It is definitely a dress fit for royalty.” 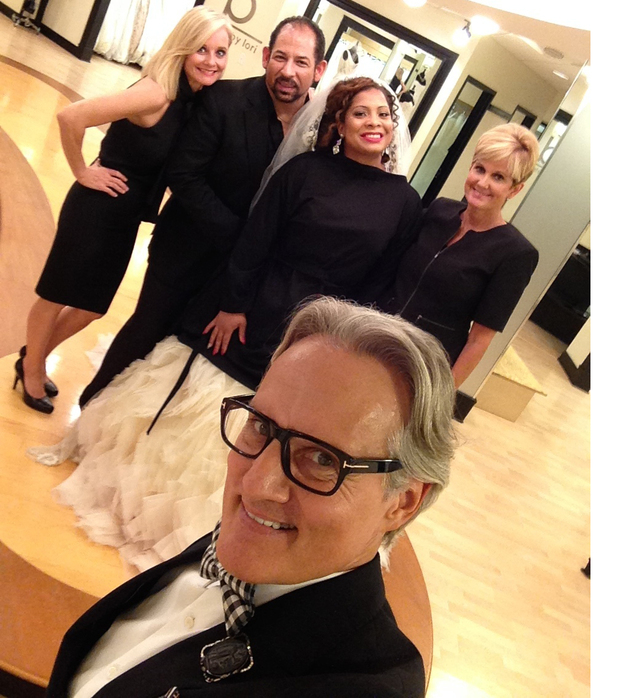 Davis will watch her episode of “Say Yes to the Dress” at a small party on Friday, though she’s asked Brady to look away so he won’t know what her dress looks like until their wedding day.

Davis and Brady appearing on the show will be part of a historical moment for trans people, she said.

“Each and every one of us has our place in the movement — you have Laverne Cox in activism and Janet Mock in journalism,” Davis said. “I feel like there are all of these people who have really split the world of media and trans activism wide open … and I’m happy to be a face.”

Getting married and becoming a face in the trans movement is something Davis didn’t expect, she said, after her abusive upbringing and and her habit of “critiquing herself” due to the struggles of growing up as a trans woman.

“Growing up as a child, every kind of piece of gender non-conformity in me, it was not encouraged. It was disrobed and it was stifled,” Davis said. “To come to this present place and time as a 30-year-old black and trans woman, that I can appear on national television and celebrate my love and my life, and that this moment is being recorded and celebrated, I think that is something to celebrate and applaud.

“And I hope that it really inspires people to see that trans people, we are not a mockery. We are people just like everyone else who have love, desires, hope, dreams.”

The episode will premiere at 8 p.m. Friday on TLC.