CHICAGO — New restaurants rarely escape our attention at DNAinfo Chicago. But as we head into 2016, now is a good time to take a look at the ones with legs.

It's no small feat for any restaurant to open — and stay open. About 60 percent close within three years.

So wrap your head around this: Schaller's Pump, the storied Bridgeport tavern, has been serving customers since 1881.

Janet Rausa Fuller has details on some of the oldest restaurants in Chicago.

Collectively, Chicago's 10 oldest restaurants have been open for some 1,047 years, give or take a few years when expansion or a move to a different address necessitated a temporary closure.

Whatever's trendy — food in bowls, tiki drinks, pig ears — matters little to these establishments. They've changed with the times, but not much. Maybe that's their secret.

A few caveats: Margie's Candies, 1960 N. Western Ave., has been open since 1921, but we left it off this list. Yes, Margie's serves food other than sweets, but in our minds, it's an ice cream parlor first and foremost, not a restaurant. Ditto for Dinkel's Bakery in Lakeview, open since 1922, and Roeser's Bakery, approaching its 105th year. They're old, they're awesome and they're bakeries, not restaurants.

Cafe Brauer, which opened in 1908, also is absent from our list, as it's not open for everyday dining, only for weddings and other special events.

Orange Garden, 1942 W. Irving Park, almost made the cut. It's said to have opened in 1924. But general manager Ben Ruan, whose family is the third to own Orange Garden in its history, tells us that's not the case. According to Ruan, Orange Garden opened in 1932 — nothing to sneeze at, of course.

So before we look to what's coming to the restaurant scene, here's a toast to what's still around. 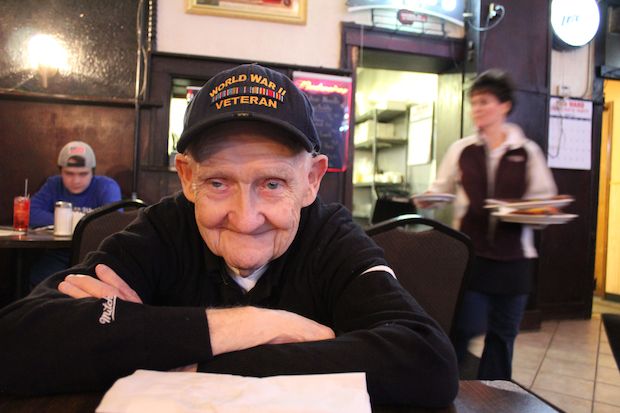 1. Schaller's Pump, 3714 S. Halsted St.
"Fine Food," declares the sign outside this former speakeasy across the street from the 11th Ward headquarters and and a favorite among pols, cops and Sox fans. Schaller's has been in the same family since patriarch George Schaller started it in 1881. It stays true to its working man's tavern roots, serving no-frills food — meatloaf, corned beef hash, navy bean soup, chopped sirloin steak — in frozen-in-time surroundings. 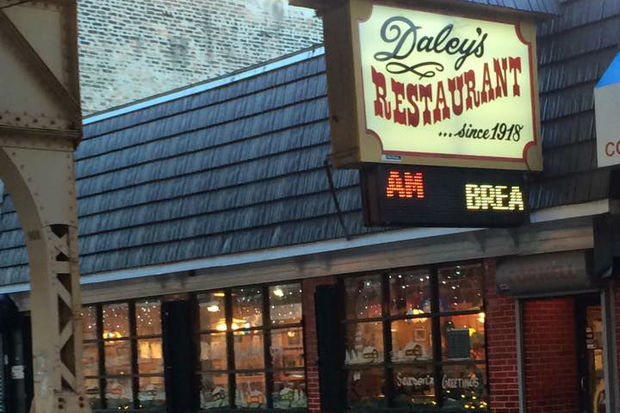 2. Daley's Restaurant, 809 E. 63rd St.
Irish immigrant John Daley (not that Daley) opened his Woodlawn diner in 1892 to feed construction workers like himself who were helping build the "L," the University of Chicago campus and the World's Columbian Exposition site. Two Greeks took over in 1918, and the restaurant has stayed in the family since. A la carte entrees never come alone, but with a side, soup or salad, and corn muffins or Texas toast. 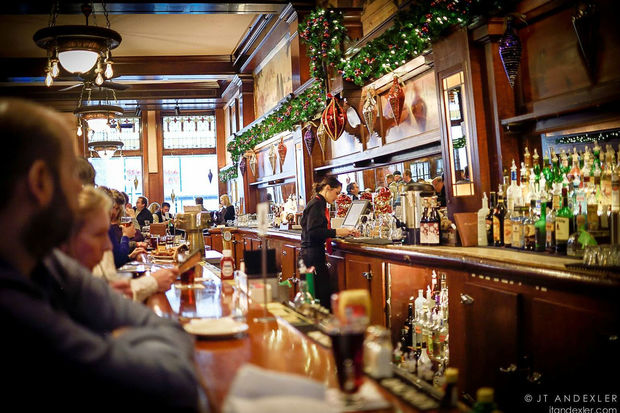 3. The Berghoff, 17 W. Adams St.
When Herman Berghoff opened the tavern in 1898, only men were allowed to belly up to the bar for corned beef sandwiches and Berghoff's beer. Much has changed since then. Schnitzel, sauerbraten and other German specialties share the menu with kale salad and wasabi-crusted cheese curds. The restaurant famously closed in 2006 with Berghoff's retirement, only to reopen a few months later with daughter Carlyn at the helm. 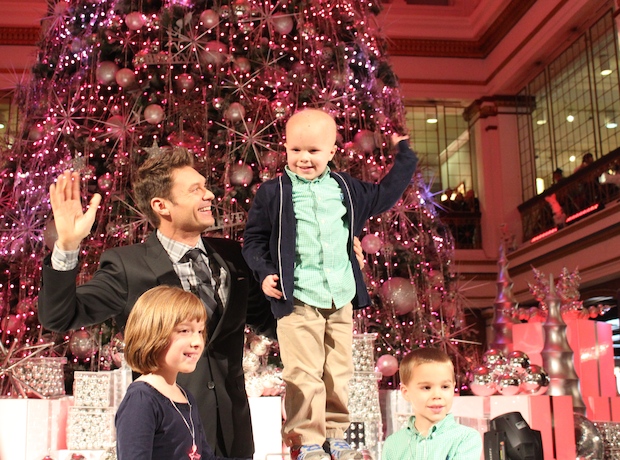 4. The Walnut Room, 111 N. State St.
Go see Santa and then eat at the Walnut Room. That's been the routine for generations of Chicago kids and their families. The walnut wood-paneled restaurant opened in 1907 on the seventh floor of Macy's on State Street, the first restaurant to open in a department store (originally Marshall Field's). The signature dish, Mrs. Hering's Chicken Pot Pie, is named for the sales clerk who shared her lunch with a peckish female customer shopping for a hat. 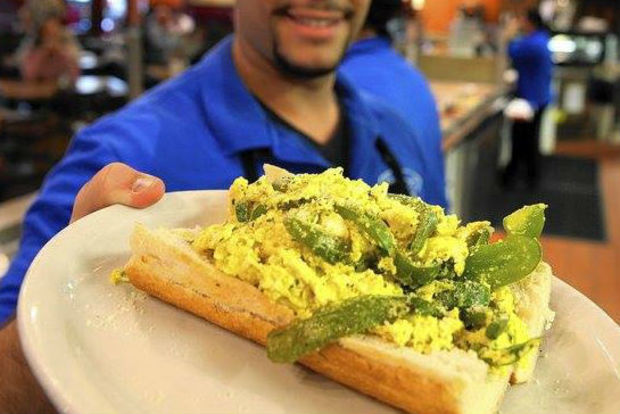 The pepper and egg sandwich at Pompei Bakery on Taylor Street. [Pompei]

5. Pompei, 1531 W. Taylor St.
Italian immigrant Luigi Davino opened the bakery in 1909, selling bread and cheese pizza, and as shopkeepers did back then, living above the shop. Pompei has since moved and expanded twice within the Little Italy neighborhood; there are three other locations as well. Hefty squares of pizza are the draw. During Lent, it's the pepper and egg sandwich you want. 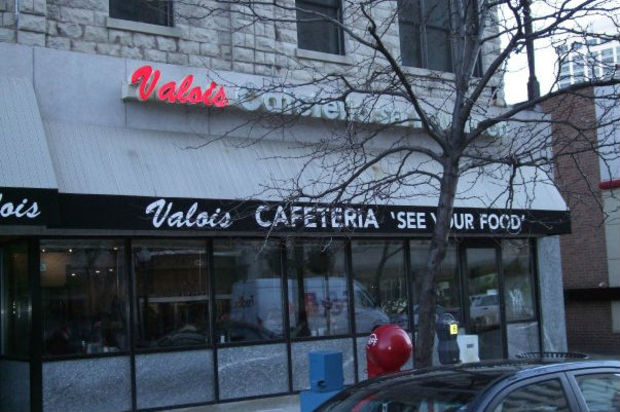 6. Valois Cafeteria, 1518 E. 53rd St.
A Hyde Park institution since 1921, this is where President Obama likes to eat when he's in town. The menu lists his six favorite dishes, including breakfast steak and eggs. But Valois (pronounced vah-loys), which has moved locations over the years, is a regular folks' place. The T-bone, New York steak and prime rib all go for $13.95 at dinner and there's peach and cherry cobbler for dessert. 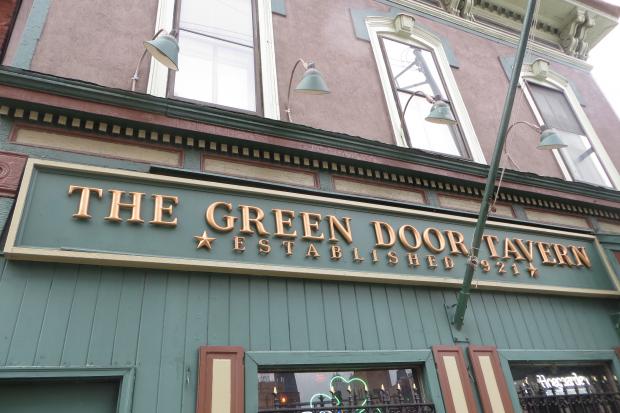 The Green Door Tavern in River North used to be a speakeasy. [DNAinfo Chicago/Janet Rausa Fuller]

7. Green Door Tavern, 678 N. Orleans St.
Opened in 1921, the Green Door is named for its speakeasy roots. During Prohibition, a painted green door supposedly signaled the presence of illegal hooch. No funny business now. The restaurant serves bar food favorites. The beef for the burgers is from the owner's Kentucky ranch. Why, there's even a kids' menu. 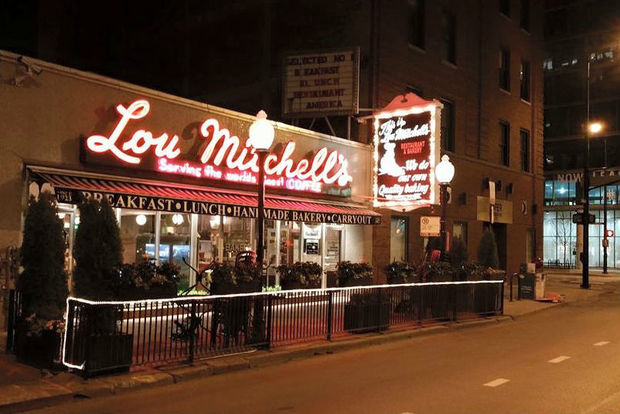 8. Lou Mitchell's, 565 W. Jackson Blvd.
Boxes of Milk Duds and fresh doughnut holes handed to you while you wait, oversized omelettes and warm stacks of pancakes — you can count on these at the Loop spot, which William Mitchell opened in 1923 (Lou's the son). It's on the National Register of Historic Places, and like any proper breakfast spot is open at 5:30 a.m. on weekdays. Longtime general manager Heleen Thanas died in November.

9. Lindy's Chili, 3685 S. Archer Ave.
Duke Linderman opened his 22-seat burger and chili stand in 1924. The restaurant has changed ownership only twice and has since expanded to six other locations on the Southwest Side and suburbs. The chili, served with or without beans or macaroni, is still made from Linderman's original recipe. 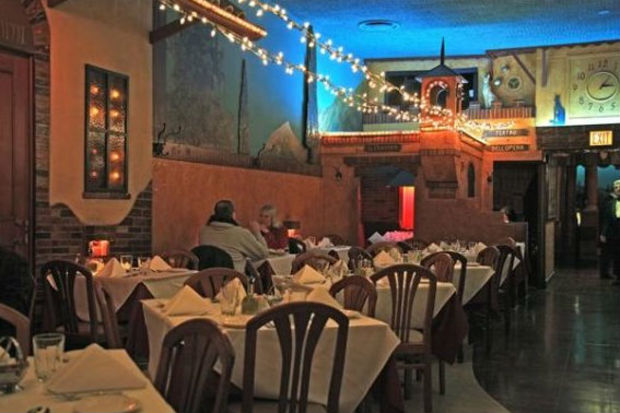 10. Italian Village, 71 W. Monroe St.
Chicken Alfredo is said to have originated here under Alfred Capitanini, who opened it in 1927. The third generation of Capitaninis now run the three-level restaurant (actually three in one — Italian Village, Vivere and La Cantina), serving generous plates of pasta and tableside chit-chat.