Pfleger, Jesse Jackson and Others Shut Down Mag Mile One Last Time in 2015

MAGNIFICENT MILE — Firebrand pastor Michael Pfleger and others shut down North Michigan Avenue again Thursday, aiming to make Downtown aware of the more than 442 Chicagoans shot and killed this year.

"Business as usual can't go on while people are dying," Pfleger said.

The activist and leader of St. Sabina Church was joined by the Rev. Jesse Jackson,  as well as the black youth activists who have repeatedly called for the resignation of Mayor Rahm Emanuel over controversies centered on Chicago police violence.

"Just let us know when you'd like to start and we'll get the streets blocked for you," George Devereaux, commander of the police department's Near North District, told Pfleger before the protest began.

The march lasted about an hour, with activists walking up to Chicago Avenue then back south to Wacker Drive. The crowd also blocked traffic at Chicago Avenue for a few minutes. Another protest was slated to begin at 12:30 p.m. at City Hall, 121 N. LaSalle St.

"We're here to interrupt Downtown," Pfleger said. "It's not about drafts and parades, it's about people getting shot in Chicago."

The number of people murdered is even higher than protesters claimed, according to DNAinfo's data. Through Dec. 24, at least 476 people were murdered in the city.

Click the slideshow above or scroll down below for more pictures from Friday's protest: 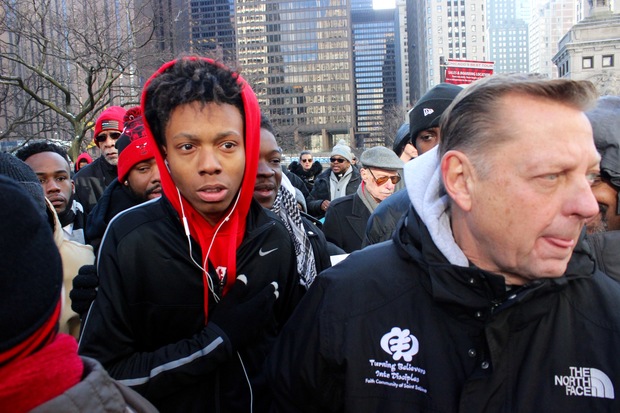 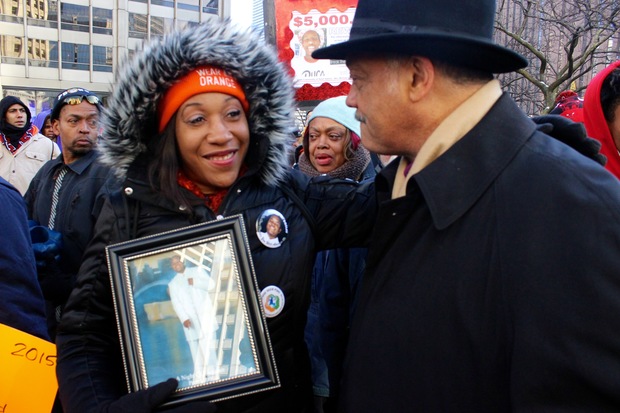 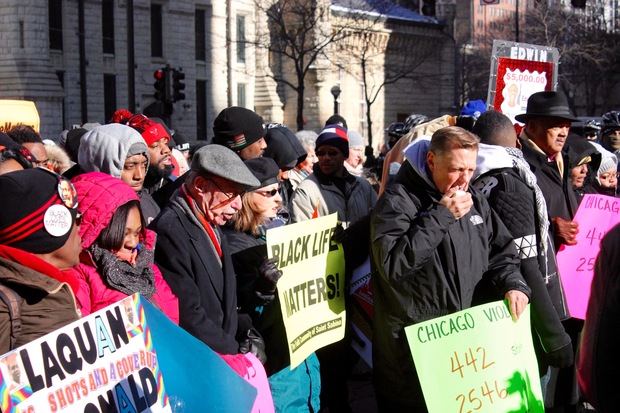 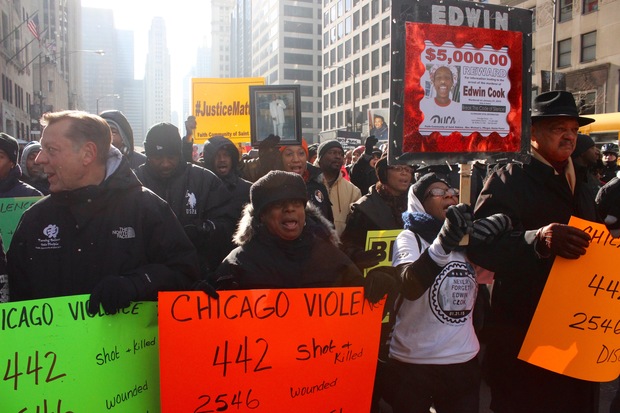 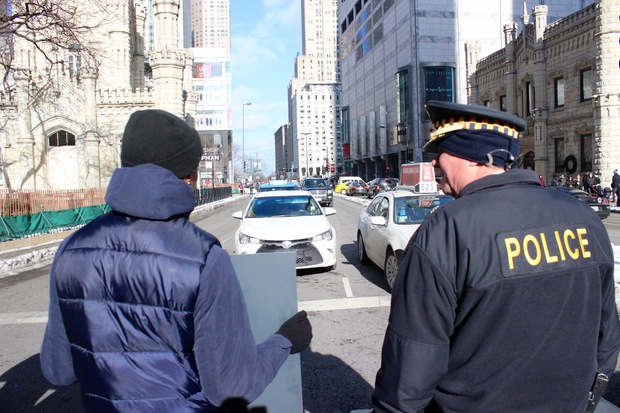