What To Know About the Police Shootings of Bettie Jones, Quintonio LeGrier

AUSTIN — On Saturday, Chicago Police said they accidentally shot and killed a 55-year-old woman while responding to a domestic disturbance involving a 19-year-old man visiting her neighbors.

Bettie Jones was killed as an officer fired on the 19-year-old college student, who also died.

Here's what you need to know about the shootings:

Quintonio LeGrier, 19, and Bettie Jones, 55, were shot and killed by police on Saturday morning.

About 4:25 a.m., police were called to a two-flat apartment in the 4700 block of West Erie Street, where they "were confronted by a combative subject [LeGrier] resulting in the discharging of an officer's weapon," according to a Saturday morning statement from police.

The Rev. Jesse Jackson said at least one bullet had traveled through the front of Jones' home, went through several rooms and came back out of the house.

Police also shot and killed LeGrier, but the circumstances of that shooting are unclear, and police have not commented on them.

WHAT'S HAPPENING TO THE POLICE?

The officers involved in the shootings have been placed on administrative duty for 30 days, which is the new protocol under interim Supt. John Escalante. Police-involved shootings are investigated by the Independent Police Review Authority, which oversees officer conduct and misconduct cases.

Mayor Rahm Emanuel announced on Sunday that he would call upon the chief officials in the Chicago Police Department and IPRA to examine the protocol of police responding to mental health-related incidents, also known as crisis intervention training.

"I have asked that they determine the deficiencies in the current training, and determine what steps can be taken immediately to address them," the mayor said in a statement. "They are serious questions about yesterday's shooting that must be answered in full."

On Monday morning, Escalante said he "strongly" supports the mayor's call for an evaluation of crisis training. He will bring his team to the Independent Police Review Authority this week "for a critical evaluation."

The families and supporters of LeGrier and Jones used a news conference and vigil on Sunday to criticize police and the city's leaders while also calling for "compassion" for the victims and officers.

At a Sunday morning news conference, LeGrier's mother spoke out against police and disputed their claim that her son was "combative."

"The police are supposed to serve us and protect us. And yet they take our lives. What's wrong with that picture?" Cooksey asked. "When is the mayor gonna step up? Because we can't get no help from the police. CPD has failed us over and over."

Jahmal Cole, founder of My Block, My Hood, My City and the nephew of Jones, said people need to "show compassion toward the suffering" of others in the city and should care about Jones' death.

"While I'm tempted to feel hate for all Chicago Police officers right now, I know this is a difficult time we need to get past in our city," Cole said.

Supporters lit candles for LeGrier and Jones, prayed, sang and wept at a vigil in  in front of Jones' home later that day.They questioned the police use of force, with one man wondering aloud, "When did bats equate bullets?"

Politicians, including state Sen. Patricia Van Pelt and U.S. Rep. Danny Davis, said they would push for change to prevent police violence or call for a civilian-elected board to oversee police conduct.

"The only thing [Jones] did was be black in America," Van Pelt said.

There will be a vigil for LeGrier at 4:30 p.m. Tuesday at Gwendolyn Brooks College Preparatory Academy, 250 E. 111th St., the selective-enrollment high school from which he graduated. 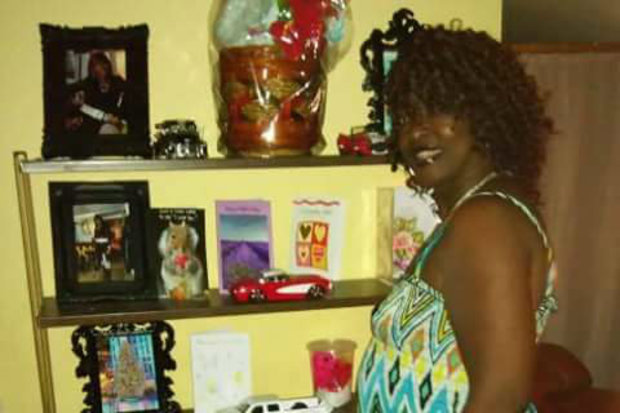 Jones was a 55-year-old mother of five, grandmother of six and activist.

Over Christmas, she and her daughter had decided to start attending church, family and religious leaders said at a vigil. Jones' first day back at church would have been Sunday, they said, but instead loved ones gathered outside her home, weeping and praying.

Jones had worked at the Alpha Baking bread factory before being diagnosed with ovarian cancer earlier this year, her brother Robin Andrews said as the family gathered to mourn Saturday morning. After a successful surgery, Andrews said, Jones was looking for an all-clear from her doctor so she could get back to work.

"She was the kind of person who would come home after a 16-hour shift and then ask you if you needed anything," Andrews said. "She was always trying to help, sharing whatever little food she had in her fridge. She was one of a kind like that."

At the vigil, Jones' co-workers wept as they talked about her. Members of an advocacy group Jones was a member of, Action Now, which fights for "racial, social and economic justice," also attended, gathering around Jones' and Quintonio LeGrier's family to comfort them.

Jones' death was like that of Laquan McDonald, a 17-year-old who was shot by police 16 times in a case that's stirred controversy recently, or Fred Hampton, a prominent Black Panther member who was shot and killed by police while sleeping, the Rev. Jesse Jackson and other speakers said at the vigil.

It began to rain during the vigil, and family members escaped inside Jones' home.

"Even heaven is weeping now," a pastor said.

LeGrier was an engineering student at Northern Illinois University in DeKalb. He "worked hard in school," family members said, and friends and classmates who attended a Sunday vigil for him.

An honors student, LeGrier had run a marathon for charity last year, his mother said. She disputed that LeGrier was "combative," as police had described him, and others said LeGrier had been shot in his buttocks, which they said showed he was turning from police when he was killed.

LeGrier was all "smiles, laughs, likes to play," his mother said.

"That's not my son's character ... he's a happy child, not a violent child," Cooksey said.

The 19-year-old had dealt with health problems, Cooksey said at the vigil, showing a photo of her with her son in the hospital. Family members have said LeGrier was struggling with mental illness, but at a Sunday news conference a man who identified himself as LeGrier's cousin said the media had led "smears" against LeGrier, and the NIU student didn't have "mental issues."

At the vigil, members of the family, including his mother, wept and lit candles for LeGrier. Anti-police violence activists showed Cooksey a large, black banner where they had printed the photos and names of black men and women killed by police in Chicago. They had hastily taped a photo of a smiling LeGrier to the banner, and Cooksey looked at the photos while shaking her head and saying there were too many people.

Around her, family members and friends also looked at the photos.

"My nephew could have went to the White House. I don't know because he was taken from this beige house," Betty Turner, who said she was LeGrier's aunt, said during the news conference. "As far as the police go, it's not time for hatred."

But, Turner said, it's hard to look at police and "know that they have taken something you love so very much."