AUSTIN — After a 55-year-old woman and 19-year-old man were shot and killed by police during a domestic disturbance call Saturday morning, police say the woman's death was a tragic accident.

Latisha Jones, 19, had been planning a "mother-daughter" day with her mom for the day after Christmas. Instead, her family members gathered Saturday morning at their home in Austin to console the distraught young woman after her mother was shot and killed by police.

Bettie Jones, 55, was one of two people who died after being shot by police early Saturday morning. Quintonio LeGrier, 19, who lived in the apartment above the Jones' was also killed. Around 4:25 a.m., officers were called to the two-flat apartment building in the 4700 block of West Erie Street, where they "were confronted by a combative subject [LeGrier] resulting in the discharging of an officer's weapon," according to a statement released by police Saturday morning.

A police statement sent at 8:30 p.m. elaborated, "The 55 year old female victim was accidentally struck and tragically killed. The department extends it's [sic] deepest condolences to the victim's family and friends."

It started, Jones' family said, when the building's landlord called the police saying his 19-year-old son, Quintonio LeGrier, was swinging a baseball bat in the building's upstairs apartment.

LeGrier, who was studying engineering at Northern Illinois University, had been struggling with mental illness, according to ABC7.

When the police arrived, family members said, the landlord called down to Jones, his downstairs tenant, to answer the door. Having just been asleep, Jones answered the door in her nightgown.

Though none of them witnessed the shooting, family members said they think police shot through the door, striking Bettie Jones three times. As evidence, family members pointed to a bullet hole in the door. There were other bullet holes in the home, including one in the daughter's bedroom, behind the front door. 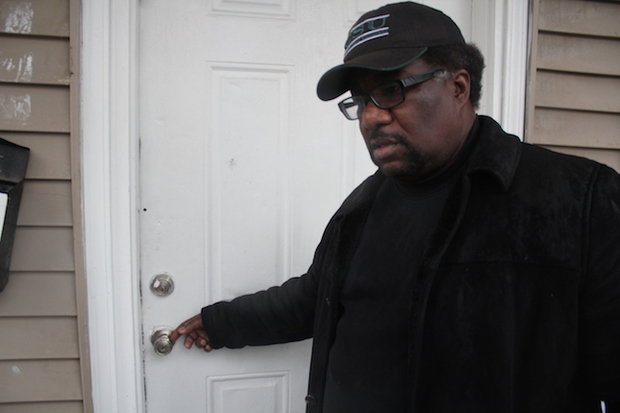 The officer also shot and killed LeGrier, but the circumstances of the shooting were unclear and police did not comment on them. The Tribune reported that according to LeGrier's family, he was shot while coming out the front door. Tribune reporters observed evidence markers placed on the sidewalk leading to the porch.

LeGrier's mother, Janet Cooksey, said to the Tribune, "They did tell me he was shot seven times. That a bit much. That's a bit much," she said. "I don't take all of that. My son only weighed about 150 pounds. ... Why do you have to be shot that many times? Why? If the police is trained in the field, then how, they're just handling the situation by killing people?"

Attempts to reach LeGrier's family for comment were unsuccessful later in the morning.

"Currently, the specifics of this incident, including the comprehensive use of force investigation are being investigated by the Independent Police Review Authority with the full cooperation of the CPD," the police statement said.

Police said that the "officer(s)" involved would be placed on administrative duty for 30 days, which is the new standard protocol for all officer-involved shootings implemented by interim Police Superintendent John Escalante. Escalante recently took over the top cop spot after Supt. Garry McCarthy was fired during fallout from the fatal shooting of 17-year-old Laquan McDonald, which critics have said was covered up by authorities.

Later Saturday, officers shot and seriously injured a 23-year-old father on the Far South Side.

After Latisha Jones heard gunshots early Saturday, she ran to assist her mother, who was lying on the ground, bleeding, near the doorway.

"[Officers] were trying to keep me away from her, but I ran up to her and grabbed her all over, trying to check for a pulse," the Latisha Jones said, choking back tears. "She was just breathing and blinking real slow, but she didn't say anything. I told her I loved her."

After "a long time," the teen said, an ambulance came, but paramedics wouldn't let her ride with her mother. Hours later, she said, she learned her mother was dead. 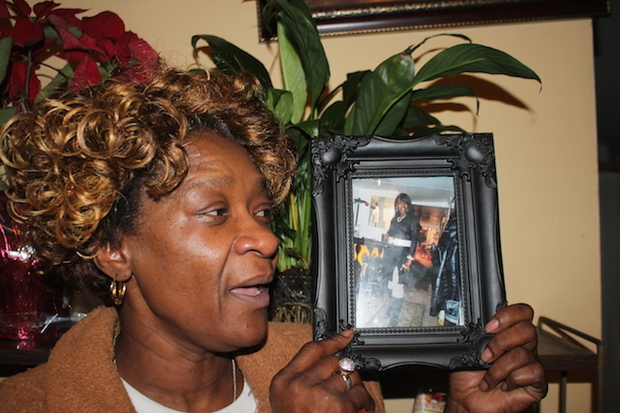 Bettie Jones, a mother of five and grandmother of six, had worked full-time at the Alpha Baking bread factory before being diagnosed with ovarian cancer earlier this year, according to her brother, Robin Andrews. After a successful surgery, Andrews said, Jones was looking for an all-clear from her doctor so she could get back to work.

"She was the kind of person who would come home after a 16-hour shift and then ask you if you needed anything," Andrews said. "She was always trying to help, sharing whatever little food she had in her fridge. She was one of a kind like that."

Jones' other brother, James Reynolds, said he was furious with the way police had handled the 911 call.

"We're talking about a kid here with a baseball bat. How are you then justified in coming in here, raining down bullets like it's the wild west?" Reynolds said. "This is about discipline — when you go to a job, you've got to do the job right. They didn't, and now a life has been lost."

Reynolds said the family would seek legal action against the city, but he was far from confident that the officer would face justice.

"They'll say it was justified, and then 14 days later no one will even be talking about it anymore," Reynolds said. "Cuz by that time, it will have probably happened to someone else."

In a statement issued Saturday afternon, Commissioner Richard Boykin (1st) said, "The fatal shooting of Quintonio LeGrier and Bettie Jones by police officers in my District this morning is one more example of a broken system- a system that will take more than mayoral platitudes and task forces to fix."

He said he had a number of "unanswered and trouble questions" about why police officers resorted to using their guns instead of being equipped with Tasers, and why Jones was struck dead.

"Most fundamentally- how are Chicago Police Officers being trained to respond to situations like that which took place in West Garfield Park this morning- situations where a young man with mental health issues may be in need of restraint, but not deadly force? ... Our broken system will not reform itself. And this morning's events show that the Mayor has no time to waste in making immediate and necessary changes in the Chicago police Department. We need swift and effective action that leads to reform- and we need it now."

Investigators from the Independent Police Review Authority (IPRA) were notified of the shooting Saturday morning and have begun an investigation, according to IPRA spokesman Larry Merritt.

A spokesman with the Fraternal Order of Police, the police union which typically offers information about police shootings, declined to comment.