Earlier that afternoon, the suspects also allegedly took a suit coat and a jacket valued at $10,000 from another store on the first block of East Oak Street. 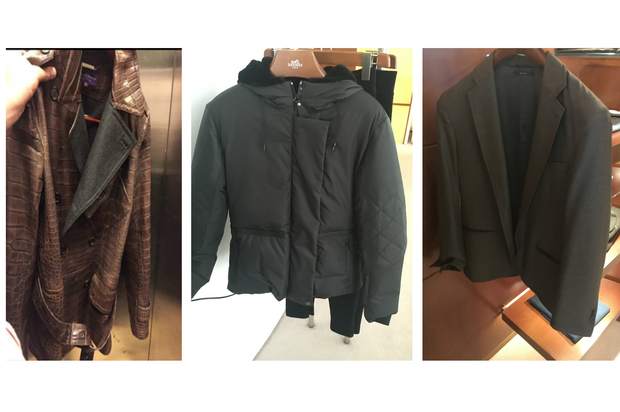 The stolen merchandise. A $95,000 Ralph Lauren alligator jacket taken from 750 N. Michigan Ave., a female jacket and men's sport coat from Oak Street worth a total of $10,000.

Staff at the Ralph Lauren store, 750 N. Michigan Ave., confirmed a $95,000 "Purple Label" alligator trench coat was stolen last week. The jacket was on display on the second floor of the store, staff said. The clothier's "Purple Label" is a higher-end line featuring some of Lauren's most expensive items, including the $95,000 alligator coat.

A Ralph Lauren store manager declined to comment. Anyone with information is asked to call police at (312) 742-5778.

Turns Out, You Can't Recycle Shredded Paper in Chicago