Christkindlmarket Guests Get Political Protest With Their Boot Mugs

DOWNTOWN — Christkindlmarket revelers got a political protest along with holiday cheer Friday, creating a constrasting scene this evening in the heart of the Loop.

At least that's what one observer said.

"It's interesting this is happening during all the holiday festivities," said Marie, 27, a Chicagoan who was taping Friday's protests from the German-themed holiday fair in Daley Plaza. "It's a funny juxtaposition with the holidays and something unfortunate."

Protesters calling for the resignations of Mayor Rahm Emanuel and Cook County State's Attorney Anita Alvarez over their handling of the Laquan McDonald shooting case shut down city streets again Friday, starting with a rally at the plaza, 50 W. Washington St. It was at least the fourth time protesters have taken over Michigan Avenue downtown to get their message across.

This time, unlike last week's protest, the organizers handed out "Rahm Failed Us" T-shirts, solicited donations and registered people to vote before taking a lap around the Daley Center and continuing north up Michigan Avenue.

Greg Huber, of west suburban La Grange, took his family to Christkindlmarket on Friday and was also watching the protests there. He said he knew the protest was coming, and understood that if the protesters "want to be seen, [they] gotta visit the best spots."

"The best thing about this country is you can be heard," he said. 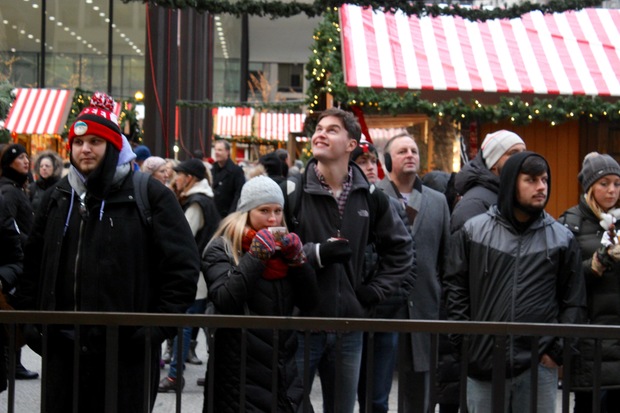 Though smaller than last week's marathon protest, Friday's demonstration was more streamlined. By 5 p.m. the protesters realized their main goal of shutting down the Magnificent Mile, showing shoppers and motorists their pain over the killing of Laquan McDonald and other black youth shot dead by police officers across the nation.

While most onlookers were just curious, some — including a local taxi driver — showed their support despite being stuck in traffic.

Not to say the protest went totally smoothly. From the beginning of the march there was squabbling among protesters, including two who almost fought after one ran through the other's sign. Some protesters were often confused about where the protest was headed next.

The group also had to briefly abandon its plan of blockading Mag Mile intersections when an ambulance had to turn onto eastbound Erie Street, where Northwestern Medicine and other hospitals are.

Ambulance coming through. Turned onto Erie (where the hospitals are) pic.twitter.com/kORZDAn99X

After laying in the street in front of Water Tower Place, 835 N. Michigan Ave., the protesters headed west on Oak Street and then north into the Gold Coast, where tensions with police reportedly boiled over and some demonstrators were detained and ticketed.

Later at night, Chicago Police issued a statement that three tickets were given and one person was arrested, and that charges are pending. Police said that in a scuffle, one officer suffered a broken wrist.

It was the latest in a series of protests sparked by last month's release of a video showing Chicago police officer Jason Van Dyke — who has since been charged with murder — fatally shooting McDonald, a black teenager, 16 times last year. The protesters have said they won't stop demonstrating in the so-called "rich parts" of the city until Emanuel and Alvarez resign, believing the video's release was purposely delayed for political reasons. They plan on returning to North Michigan Avenue on Christmas Eve, at the latest.

"We all ask ourselves: Am I next?" organizer Lamon Reccord told the crowd before Friday's march. "Am I the next Laquan McDonald or Tamir Rice or Rekia Boyd?"

Click on the slideshow above or scroll down below for more images from Friday's protests: 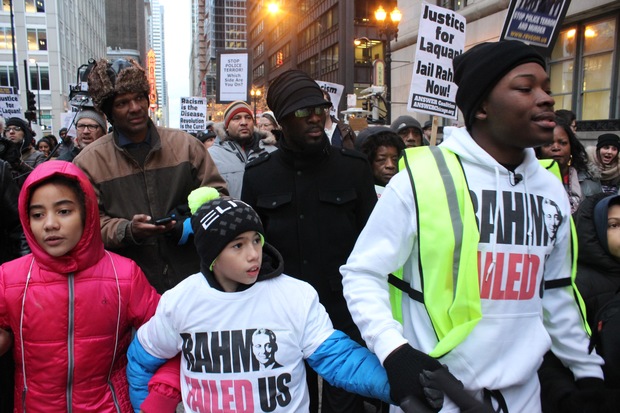 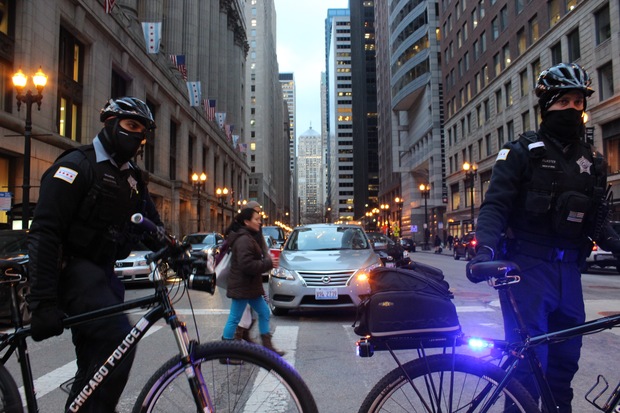 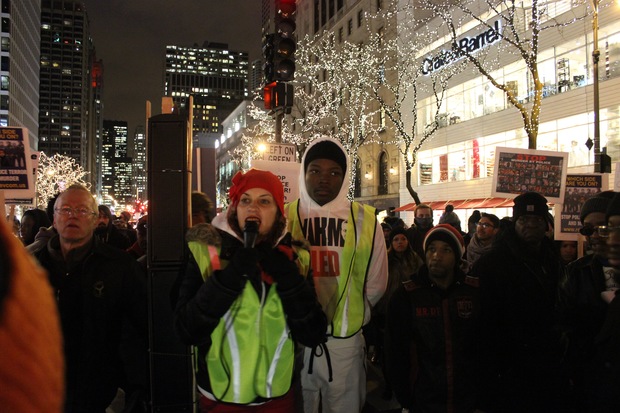 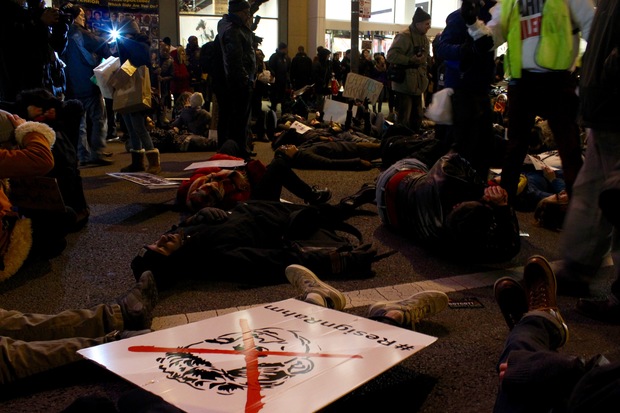