Demolition crews late last month began tearing down the vintage bakery, whose doughy aroma and big neon sign at 1001 W. Chicago Ave. cast a presence well beyond River West for decades. The demo was mostly complete by Wednesday, and within two or three weeks, the bakery will be just another vacant Downtown site teed up for new apartments.

Gonnella traces its origins to a wood-burning oven on DeKoven Street in 1886, and bought the Chicago Avenue facility "60 or 70" years ago, said Tom Marcucci, vice president of marketing for the Schaumburg-based company. He said Gonnella sold the property and moved out this spring because the vintage factory — replete with wooden support beams and hardwood floors — doesn't match today's production standards. The move followed Gonnella's 2012 sale of its former corporate offices at Erie and Damen streets to another developer.

The Chicago Avenue bakery was sold to a company who later flipped the site to Chicago-based Bond Cos., a developer who plans a 363-unit apartment building on the property, Crain's reports. Robert Bond, Bond's president, confirmed his plans and hopes to open the new apartment building in 2017. 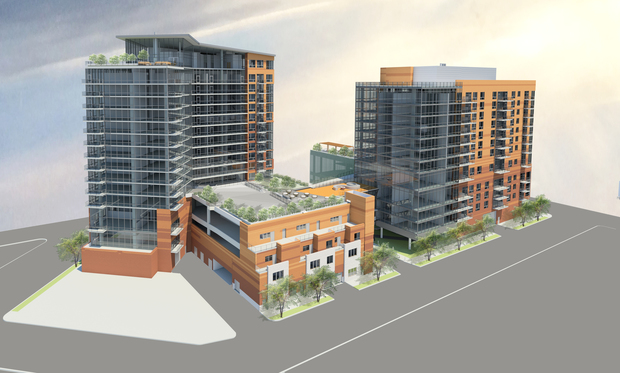 A rendering of the apartment project going into the Gonnella site. [FitzGerald Associates Architects]

While not as decadent as the Blommer Chocolate Factory's, Gonnella's fresh-baked bread smell wafted throughout the neighborhood, reaching all the way to Groupon's riverfront headquarters at 600 W. Chicago Ave., employees of the online coupon company have noted. 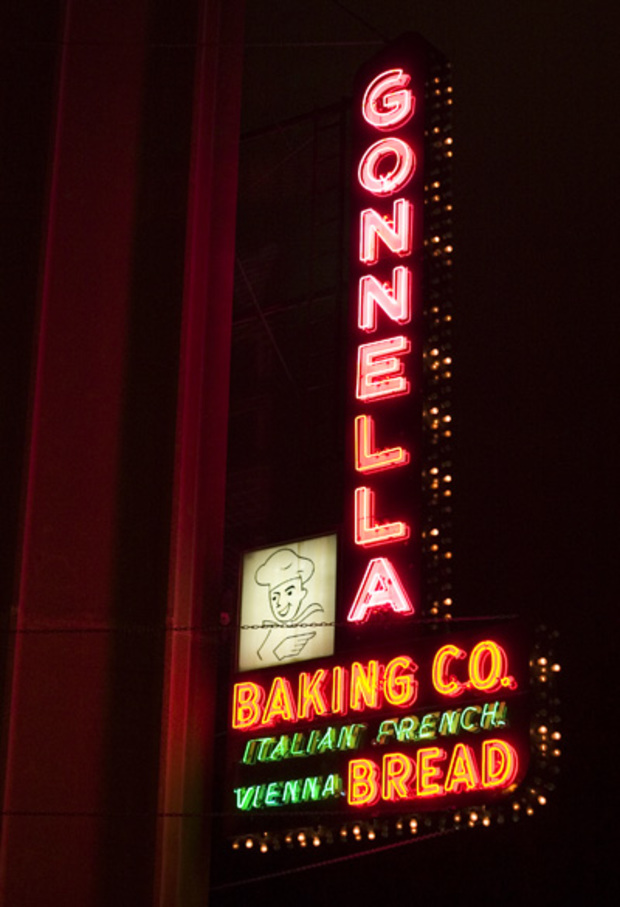 Though the factory — whose operations have since been moved to Aurora — will soon be no more, one piece of it will live on: the neon sign, which is now attached to Gonnella's new suburban headquarters, Marcucci said.

"We're a family business, 130 years old," he said. "We were not going to leave that sign behind."