Twitter Facebook Email More
Three officers who claimed to witness the shooting the shooting of Laquan McDonald have a history of brutality allegations against them.
View Full Caption
DNAinfo

This story was originally published in December of 2015.

But the three officers on the scene who claimed to witness the shooting — and backed up Van Dyke’s version of events with official statements that don’t appear to jibe with the action caught on the now-viral dashcam video — have escaped punishment.

And Laquan's shooting isn't their first brush with controversy.

Walsh, Van Dyke’s partner, has been accused of misconduct at least 29 times. Two of those misconduct complaints have come while on patrol since Laquan was killed on Oct. 20, 2014, DNAinfo Chicago has learned.

Walsh and Viramontes also were defendants in civil lawsuits alleging police brutality. Four settlements — one involving Viramontes — were settled by the city's Law Department for at least $208,000 of taxpayer money.

When asked why Walsh, Viramontes and Fontaine remain on “full duty,” a Police Department spokesman said any investigation into alleged misconduct against them related to the Laquan shooting was delayed by the Independent Police Review Authority while the Cook County state's attorney and federal government conducted separate criminal probes.

“It’s premature for the CPD to speculate on any action against the officers because there is an active and open investigation by IPRA and the inspector general,” Police Department spokesman Anthony Guglielmi said.

“These investigations were held pending the outcome of a criminal investigation by the Cook County state’s attorney and the U.S. attorney. And now that there are appropriate [criminal] charges [against Van Dyke], IPRA is commencing with their review. We fully support and cooperate with those investigations.”

Dean Angelo, president of the Chicago Fraternal Order of Police Lodge 7, the union that represents the officers, did not return calls seeking comment about why officers who gave statements that conflicted with the dashcam video remain on full duty status.

During the interview, the union boss quickly changed the subject, claiming the union made an unsuccessful attempt to alter rules in the contract that prohibit officers from watching dashcam video before making their official statements.

"We tried to get language in the contract so officers could view a video prior to make a statement so that they could be consistent and they could [be] accurate," Angelo said, according to the "Chicago Tonight" interview transcript. "And we were denied."

The statements made by officers who claimed to have witnessed Van Dyke shoot Laquan have raised questions about whether they conspired to “get their story straight” to protect Van Dyke.

That phrase — "get your story straight" — is code among officers that signals “an expectation to fall in line with the narrative of an event, even if it differs from what you actually saw,” according to an officer who spoke to DNAinfo Chicago about the practice in 2013 and asked not to be identified for fear of retaliation.

And it’s a practice that’s a giant part of the so-called “thin blue line code of silence” that a federal court called a “persistent widespread custom” in Chicago’s Police Department.

Angelo addressed the police code of silence during the "Chicago Tonight" interview.

"To say that that’s what officers do when they go out to work, I think is unfair. ... I don’t think today in the year 2015 there’s an officer on this department that knowingly engages in covering up for a fellow officer. ... I'm not going to say that there is a culture, as [Mayor Rahm Emanuel] put it. It's not 1950," Angelo said.

"There are video cameras everywhere. To think that an officer with four or five kids is going to jeopardize their career and their family's livelihood to make a measure of covering up for someone that did something obviously wrong in front of them, I just don't see it."

The reality in Chicago, unlike just about every Police Department in the country, is that police with proven allegations of making false statements or filing false reports — a violation of Rule 14 in the police code of conduct — rarely get fired, a 2013 DNAinfo Chicago special report showed.

Allegations of misconduct and lies

A review of public records, including police misconduct cases and federal and Cook County court records, shows that 46-year-old officer Joseph Walsh — who stood next to Van Dyke the night of the shooting and kicked Laquan's knife out of the teen’s hand when he was on the ground — has been accused of police brutality in the past, and in some cases, lying to cover it up.

During his 17-year police career, Walsh has been accused of misconduct at least 29 times, including six allegations of excessive force, five cases claiming illegal searches and three false arrests, according to police misconduct documents obtained by the Invisible Institute watchdog group.

The Invisible Institute documents include complaints filed between 2002 and 2008, and March 2011 to the present.

Two misconduct allegations against Walsh were alleged after the night Van Dyke shot and killed Laquan, according to the data.

Just six days after Laquan was shot, Walsh was accused of “inadequate/failure to provide service.” That claim was not investigated because the accuser didn’t file the required affidavit, the data shows.

On June 6, Walsh got hit with another misconduct complaint, but details of that allegation were not immediately available, according to Invisible Institute records.

Although none of those misconduct claims against Walsh led to punishment, the City of Chicago's Law Department settled three civil lawsuits related to brutality allegations levied against him. Those cases cost city taxpayers $52,000, court records show.

In a 2004 civil lawsuit, Walsh and another officer were accused of punching and kicking Shelby Dockery, who suffered “severe and permanent injuries” while in police custody, according to court papers. A year later, Dockery agreed to end the case for a $15,000 payout, his lawyers said.

Four years later, Walsh was party to another federal civil rights lawsuit alleging brutality and a police cover-up, according to court records.

In 2008, Stanislaw Filipeck filed a lawsuit alleging Walsh beat him during a 2006 prostitution sting, and along with other officers, “agreed to make incorrect or false reports to conceal the use of excessive force,” according to court records.

A year later, City Hall settled the civil case for $22,000, according to city records.

In February 2009, Michael Walton, who spent three years in jail on murder charges before being found not guilty by a jury, filed a malicious prosecution lawsuit in Cook County court. He named Walsh as a defendant in that lawsuit. 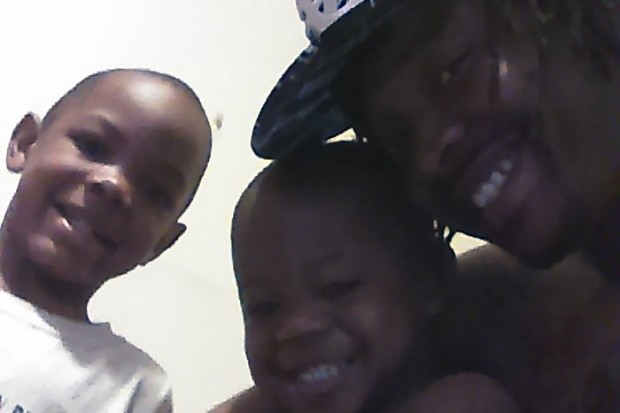 That interrogation, according to the lawsuit, led to false testimony against Walton, who was charged with murder. During his three years in jail, Walton suffered “severe psychological injuries” and attempted suicide, according to court papers.

Walton's civil case dragged on for two years. It took a toll on him after he moved to Indiana for a job, said his sister, Michelle Moore.

“I think he got tired of the case. … I think it was more of an issue of pushing the court date back and coming up with those moves, continuances,” Moore said. “That was what was the hardest for him, trying to work and coming back and forth from Indiana.”

In February 2011, the case was dismissed for “want of prosecution,” after Walton missed court dates. Walton’s attorney, Michael J. Laux, said the withdrawal had to do with difficulties with the client, not the merits of the case, which included "some really curious police activities."

On Aug. 7, Walton, a father of three who worked at Home Depot, was shot and killed in West Pullman. There was no known motive, and no arrests have been made.

Walsh also was accused in a federal civil rights complaint brought by Marcelino Ayala, a 71-year-old, Spanish-speaking grandfather, who accused Walsh and other officers of beating him and lying to cover up the brutality. On July 23, the city's Law Department settled the case for $15,000.

But there's more to the story, court papers show.

Ayala claimed he was punched, kicked and thrown against a squad car when he ran out of his house on May 8, 2012, in an attempt to stop several officers from beating his grandson, Michael Ayala.

At that time, Michael Ayala had a pending civil rights lawsuit alleging brutality and false arrest, and had posted surveillance video on YouTube that showed several officers punching and kicking him during an Aug. 27, 2011, arrest. The city Law Department settled that case for $156,000 in June 2015.

The officers named in Michael Ayala's civil rights lawsuit included officer Ricardo Viramontes, who also was on the scene when Laquan was killed. He claimed to have seen Van Dyke shoot Laquan and gave official statements of how events transpired that appeared to contradict action caught on dashcam video.

Viramontes, a 13-year police veteran, and his partner Dora Fontaine, offered similar details about the Laquan shooting, according to police reports.

Viramontes and Fontaine each said Laquan ignored verbal direction to drop the knife and instead raised his right arm toward officer Van Dyke “as if attacking Van Dyke.” Fontaine reported that Van Dyke fired in rapid succession “without pause.”

Viramontes added that Laquan “fell to the ground but continued to move attempting to get back up, with the knife still in his hand. ... and Van Dyke fired his weapon at McDonald continuously until McDonald was no longer moving.”

The infamous dashcam video released last month showed Laquan walking away from Van Dyke when the shooting started, and the injured teen didn't appear to try to get back up after he fell to the ground.

With a U.S. Justice Department investigation looming, it's unclear how long it might take IPRA and the city's inspector general to investigate whether Walsh, Viramontes, Fontaine and other officers will be accused or found guilty of violating Rule 14 for filing false reports related to the Laquan case.

Until then, they remain on "full duty without restriction."