Renderings shared by the Cupertino, Calif.-based company show a low-slung glass entrance to the store it wants to build on the Mag Mile plaza, 401 N. Michigan Ave. Stairs descending from that glass box will lead customers down to a 20,000-square-foot store on the Chicago River. 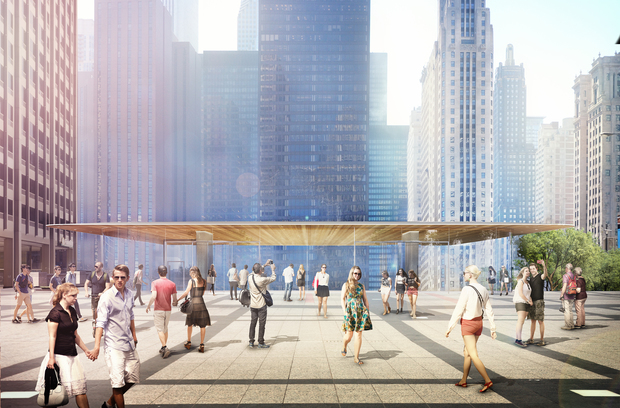 The glass box on Pioneer Court leading down to the proposed new Apple store. [Foster + Partners]

If built, the Apple store designed by London-based Foster + Partners would replace a food court underneath the plaza, which is controlled by Chicago-based Zeller Realty Group. News first broke in August that Apple planned a move to the river from its existing Downtown store at 679 N. Michigan Ave., a development real estate observers believes represents a shift in Michigan Avenue's center of retail gravity.

"Our store on North Michigan Avenue has welcomed more than 23 million customers since it opened in 2003 and we're now creating something even more remarkable for Chicago," Nick Leahy, an Apple spokesman, said in an e-mail. "We have been working closely with Alderman Brendan Reilly, Foster + Partners, and the Mayor's office on an incredible new retail experience including a community space connecting the Pioneer Court plaza and Riverwalk in a way it never has. We cannot wait to begin work in early 2016.”

The renderings were shared in advance of a presentation Zeller will make Thursday to the Chicago Plan Commission. The Tribune, which first published the renderings Tuesday night, said the presentation is merely a formality because the city approved the Apple plan Monday.

"The glass enclosure will maintain an exceptional transparency and structural integrity, resulting in a facade which will blur the line between interior and exterior space," the city's planning department said in its report to the commission.

"I think Apple has hit the bullseye again by choosing this location," Reilly said. 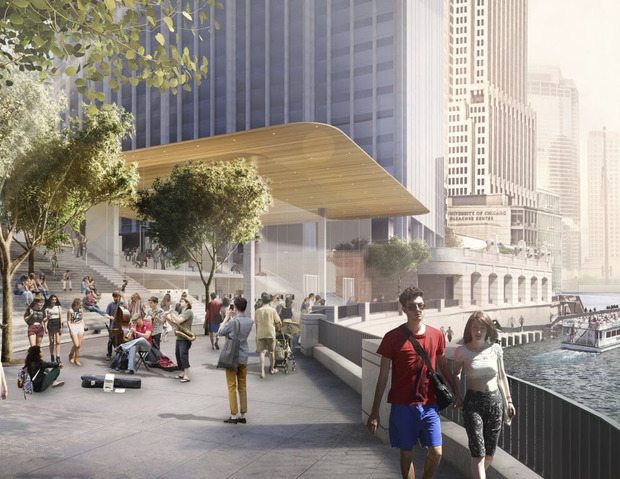 Another rendering of the riverfront store. [Foster + Partners] 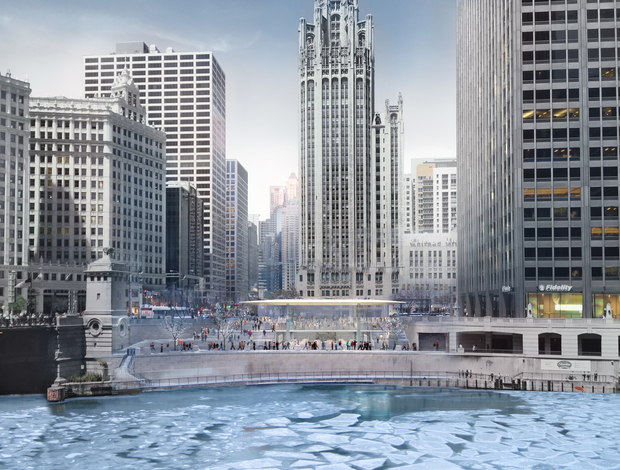 The view looking north at the proposed store. [Foster + Partners]