Here's What the Latest South Loop Tower Will Look Like

Giles unveiled plans last week for the 24-story, 320-unit apartment tower he wants to build at 1136-40 S. Wabash Ave. And he's hopping on a national trend: Half of those units will be studio "quasi-micro" apartments.

"We’re trying to meet the demands of younger people that would rather live alone and can only afford under $2,000" rent, Giles said.

The project by Giles and Chicago-based partner CA Ventures is the newest addition to a Downtown neighborhood replete with high-profile developments proposed this year. Though Giles' proposed mid-rise won't rise as tall as other proposals in the area, he does believe the Solomon Cordwell Buenz-designed tower will improve the South Loop. His development site is a city-owned parking lot.

"I think we’re contributing a bit of a different product to the ever-expanding South Loop rental market," Giles said. 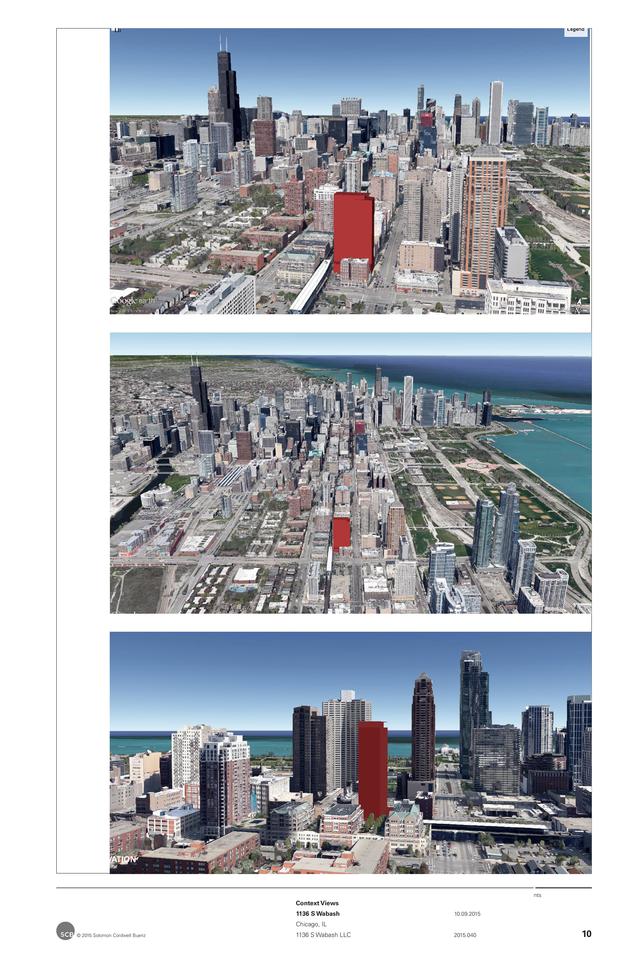 Renderings showing how the tower would look next to neighbors. [Solomon Cordwell Buenz]

The tower would also include interior parking, street-level retail and a rooftop bar. Giles, a veteran developer, also recently partnered with CA Ventures on the conversion of the Old Colony Building, 407 S. Dearborn St., to dorm-style apartments aimed at students.

Deborah Soehlig, president of the Greater South Loop Association that hosted the meeting Nov. 2, said Friday the proposal seemed to be received well by its audience, but her group had yet to tabulate results from a survey handed out after Giles' presentation.

The Giles/CA venture is under contract to buy the site from the city for $4.4 million. Giles said his $64-million project does not require a zoning change, and he plans to file for a building permit in January. He expects the tower will open by the end of 2017.