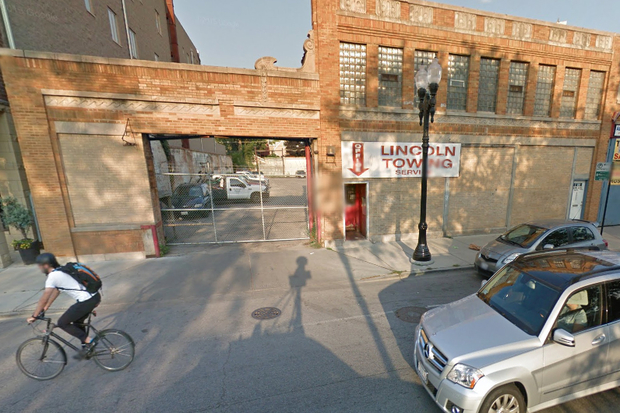 UPTOWN — A North Side alderman said he's fed up with Lincoln Towing after another alleged dustup with a tow truck driver, even going so far as to threaten to seize its Uptown tow yard for redevelopment.

Ald. Ameya Pawar (47th), whose ward includes Lincoln Towing's yard at 4882 N. Clark St., made his comments in response to complaints made after an Oct. 13 concert at the Aragon Ballroom, a night that saw a line of angry people waiting to get their towed cars back ... and even a fistfight.

Pawar said his office receives regular complaints about the towing company and he believes it's a “bad operator” in the community.

“When I first took office we had an issue with them towing from lots they didn’t have a right to tow from,” Pawar said. “As alderman it’s my job to promote business, but this is one business that doesn’t deserve representation. They’re bad actors; they’re just an outrageous operator and I’m looking at every option available in order to strike back.”

The alderman said there's a real need for towing companies because illegal parking can be a serious problem for businesses, their customers and employees, but Lincoln Towing’s history exemplifies a habitual tendency to play by its own rules.

Mark Schipper details the chaotic scene after the concert:

With a plan to redevelop that stretch of Clark Street in the near future, Pawar said there are ways to forcibly purchase the land from which Lincoln Towing operates.

“I don’t like putting that on the table, and I wouldn’t under any other circumstances, but they’re just a bad business and haven’t made any attempts to work with the community in any reasonable way,” Pawar said.

“I actually have never said this as alderman, but I would not be sad to see Lincoln Towing go. In fact, I think it would be an addition to the community. If there’s anything we can do to accelerate it, we will.” 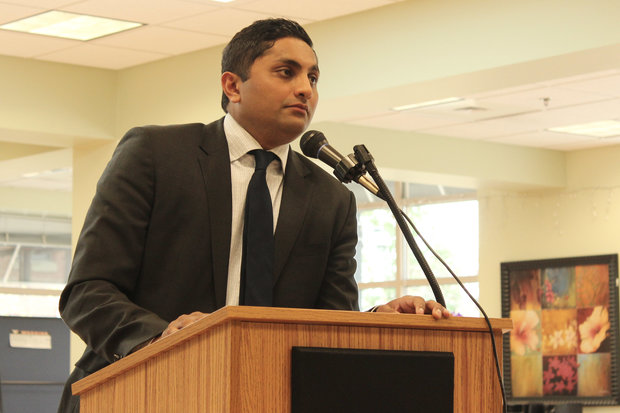 Lincoln Towing officials didn't return calls for comment on the alderman's comments or the alleged problems after the Oct. 13 "Bring Me the Horizon" concert at the Aragon.

According to a police report and witnesses, a man driving a tow truck from Lincoln's Clark Street lot allegedly attacked an 18-year-old man with a billy club, threw his bicycle onto the street and almost ran him over with his tow truck at the towing yard.

This was after witnesses said the same driver screamed and cursed at a long line of customers, at least one of whom said she was towed illegally, even allegedly using racial slurs in a tirade.

The trouble began after the concert when Aragon patrons found their cars gone. A large crowd gathered at the Clark Street lot to retrieve their cars, witnesses told DNAinfo Chicago.

Becca McDermott, of Kenosha, Wis,, was one of them. She estimated that at its peak, the line had about 75 people. They queued up around the towing yard to get their cars and witnessed verbal and physical aggression by the tow truck driver, she said.

“He was just unbelievable, he was screaming at us: ‘F--- you guys,’ he was calling people the n-word. And like referring to people as, ‘Hey, white boy, come here,’ and then I remember he picked one guy, randomly, and said, ‘You can go last,’ just because," McDermott recounted. "He just felt that was an appropriate thing to do."

But it wasn't until a little after midnight, when the driver allegedly assaulted an 18-year-old man, that police were called, according to a police report.

Lincoln Towing has had several run-ins with police. Officers in September cited a driver for allegedly towing cars illegally.

Later that month, a driver and his brother were charged with felony battery by the Cook County State’s Attorney Office. In that incident in Belmont Cragin, the two were charged after they allegedly knocked down a ladder as a man tried to descend from the roof to prevent them from towing his truck. The man's leg was broken when he crashed to the ground, and another man was left stranded on the roof, prosecutors said.

At the Uptown towing yard after the concert, people in line were starting to talk about calling the police on the Lincoln Towing employee.

When he heard them, he said, "Call them. The cops aren’t going to do anything. They don’t care,” said McDermott, backed up by an 18-year-old man who was cycling that night and stopped to see why the crowd had gathered.

The cyclist, who asked not to be identified, confirmed what McDermott said about the driver causing a scene.

“Everyone was cold, it was in the low 40s that day,” the cyclist said. “Everyone was having a problem with this guy.”

The cyclist said he tried to talk the tow truck driver into letting some women in line get into their cars to stay warm as they waited for the slow process of paying fees and clearing vehicles. He said he was asking why they weren’t allowed to sit in their heated cars with the tow yard's gate closed so they couldn’t drive off.

“The guy went nuts. He shouts, ‘Get off my property,’ grabs me, shoves me, grabbed a billy club, punched me in the chest. I laid a couple into him, in the face, and then this big boy with a baseball bat comes out and tries to stop it. They tried to close the [tow yard] gate while I was in there, to keep me in there,” the cyclist said.

When he disengaged from the fistfight and stepped out onto the sidewalk, the tow truck driver charged out, grabbed the cyclist's bike and tossed it into the street, according to the cyclist and McDermott.

Then he grabbed the cyclist's backpack and did the same thing, hurling it onto Clark Street, they said. A minute later he roared through the gates in his tow truck and would have run over the cyclist if he had not jumped out of the way, according to the cyclist and witnesses.

“From what I saw, the guy working was behind the gate, and he made the decision to come out and fight,” said McDermott.

“[The driver] made a point to come out and swing at him. He threw [the cyclist's] bike in the street, threw his bag in the street, and then almost hit him with his truck. If he hadn’t moved, he would’ve hit him,” she said.

According to the Chicago Police report of the incident, officers responding to the call a little after midnight on Oct. 14 made note of the bicycle and bag in the middle of Clark Street when they arrived. Police are treating the incident as a case of simple battery and aggravated assault with a deadly weapon.

Several employees of Lincoln Towing allegedly first told police they didn't know the truck driver. Then they allegedly identified him only by a first name. They refused an officer’s request to call the driver back to the yard to be interviewed about the fight, according to the police report.

Both the cyclist and McDermott said they were present when Lincoln employees claimed not to know the driver of the vehicle.

“They were saying, ‘I don’t even know this person, we have so many people out we don’t know who you’re talking about,’” the cyclist recounted.

According to McDermott, “A few of us went up there and said, ‘Oh, b.s. c’mon, you did not miss that, you saw that,’ and that’s when they finally said [his name]. But that’s all they’d give us.”

It's unclear whether the police ever tracked down the tow truck driver. No one has been charged in the case.

Eventually, the scene on Clark Street cleared, with the towed cars being slowly processed and driven away. McDermott said her vehicle never was illegally parked, though she said she could not recall exactly where she had parked.

“I know for a fact where I parked with my friend there were no signs posted. I asked security guards if there were signs, and they said, no. So technically it was illegally towed. Other groups said there had been a sign that said ‘free parking’ where they all parked, but when they went back the sign was taken down, which sounded shifty to me.”

After police officers left, the woman running the front desk called McDermott and her friend over and asked if they had filed a police report. When McDermott said 'not yet', the woman said they could take the car without paying the towing fee, they said.

It took several minutes before the woman at the desk realized there never had been any paperwork filed for towing McDermott's car.

“It wasn’t even reported there,” McDermott said. “But we’re there looking right at it, and we pushed the little button on the key to show that’s our car, that’s 100 percent our car, and they had no report they had even towed that vehicle or where from.”