Renderings Show What Pullman National Park Could Look Like 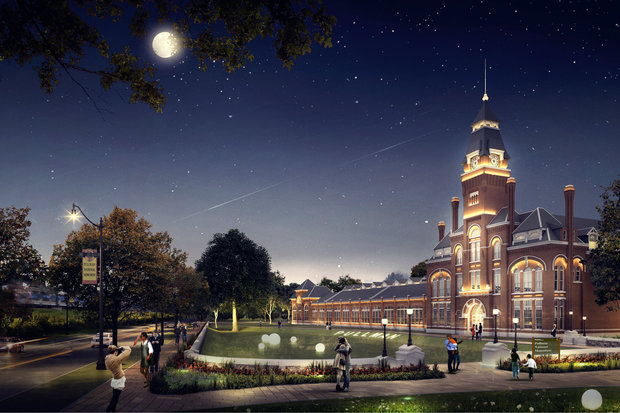 PULLMAN — The collection of urban planners, architects and deep thinkers that put their heads together during an April brainstorm session on how to bring urban renewal to Chicago’s only National Monument have sorted, prioritized and printed their vision in a flipbook outlining suggestions for how George Pullman’s company town might rise again.

But the “Positioning Pullman” booklet — a collection of colorful renderings of reimagined train stations, streetscapes and a spectacular visitor center — isn't a specific, set-in-stone plan.

“Putting this together, it was quite a beast … sparked by a lot of in-depth thinking about what needs to happen to accommodate visitors at the National Monument and better the community and we’re really happy to get this put together,” National Parks Conservation Association Midwest regional director Lynn McClure said.

“It’s not a plan. We’re not washing our hands and done. No shovels are in the ground. There are no new stoplights. But we have the right people looking at public transit in a different lens because Pullman is now a national park. The reason we have that different view of things is because we did this work … and we’re already seeing movement.” 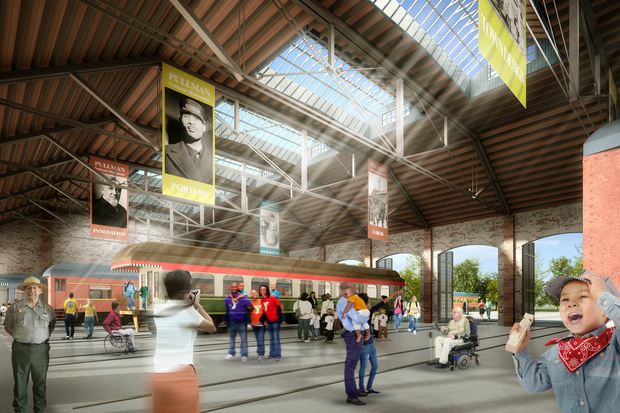 In a lot of ways, the “work” started in April when McClure’s group teamed up with the American Institute of Architects to round up some of America’s most prominent economists, transportation gurus, architects and historic preservation experts for a three-day collaborative ideas workshop aimed at capitalizing on the national monument designation.

The 120-page flipbook born of those discussions sets a framework for what experts believe Pullman National Monument needs to flourish in the future and even suggests a natural order of events — more than $265 million in projects — aimed at the neighborhood's potential rebirth.

For instance: Before the locked gate on the ugly chainlink fence gets removed and the pocked gravel parking lot and makeshift urban garden get replaced by a grassy park and brick-paved sidewalk that one day might ring the renovated clock tower building — a more than $20 million endeavor — soil on the monument site needs to be tested for contaminants and cleaned up.

The vision for a new Pullman offers suggestions on how to improve public transit options to connect Downtown tourists with Pullman that doesn’t include navigating Metra stations that look like horror movie sets or forcing an out-of-towner to figure out a convoluted “flag stop” system for catching South Side trains on the Metra Electric Line.

The mass transit component isn't only important for attracting potential tourists. Pullman residents like me have been unsuccessfully clamoring for Metra’s attention for years.

So I called to ask a spokesman for Metra, the transit organization that let Electric Line stations between 103rd and 115th Street decay like abandoned houses, if improved stations and service near the national monument are getting higher priority on the agency's to-do list.

“I’m not aware of that right now,” the spokesman said, adding that he would get back to me when more information became available.

Thankfully, the Chicago Metropolitan Agency for Planning has launched a Pullman transportation access study that project manager Lindsay Bayley says has the attention of Metra, CTA, RTA and Chicago Department of Transportation officials. 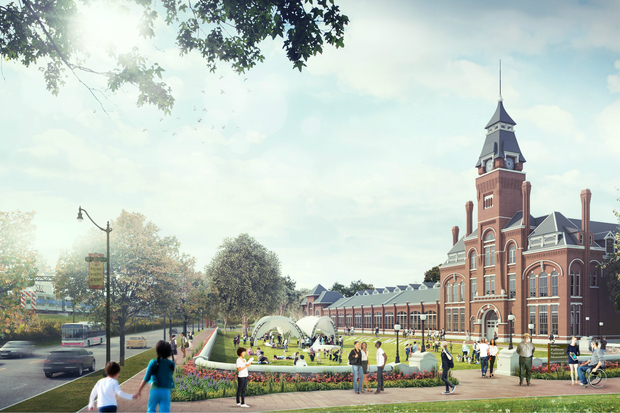 This year, CMAP hired a consultant charged with evaluating the current state of Pullman public transit offerings and putting together a proposal on how transportation improvements might best capitalize on the expected spike in tourism and improve safety for visitors and residents.

“In times of tight budgets, it really helps if we can prioritize projects that have the biggest impact and focus on them so when funding becomes available we can help move things forward,” Bailey said. "The [April brainstorming conference], we built this project off that."

Look closely and you’ll even find a dot marking a place for a bicycle shop, and you heard it here first, a Divvy rent-a-bike station. And there's so much more.

The list of potential Pullman upgrades includes a proposal for Art Space, a proposed affordable housing apartment complex near 111th and Langley Avenue aimed at recruiting creative types, which hasn’t received the warmest welcome from some locals.

There’s no doubt that conflicting viewpoints and various financial constraints facing different stakeholders that own major historic landmark structures — including the state, private investors and the Historic Pullman Foundation, to name a few — remain potential obstacles to realizing some of the visionary points outlined in" Positioning Pullman."

Local developer David Doig, president of Chicago Neighborhood Initiatives, says having a ballpark idea of what’s possible now that Pullman is a national monument can make a huge difference in shaping a better future.

“The recommendations are strong and thoughtful and achievable. I didn’t see any crazy, pie-in-the sky ideas. It’s all doable with a framework and guidelines that show what the national monument could really become with steady progress and time,” Doig said.

“They hit all the right points, and now it’s a matter of getting started and doing it.”