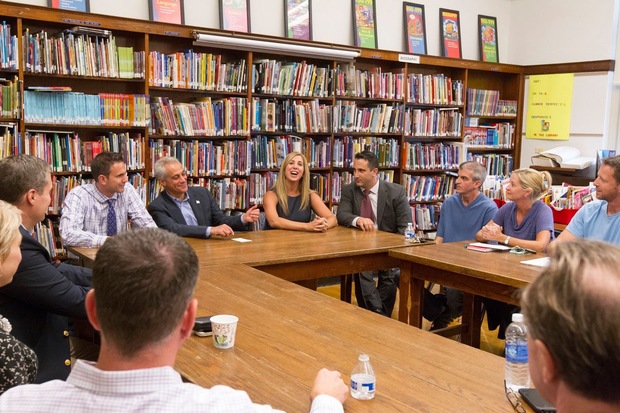 EDISON PARK — Mayor Rahm Emanuel was speaking directly to hundreds of Far Northwest Side parents when he proposed earmarking $45 million from his proposed property tax hike to relieve overcrowding in schools where students study in hallways and closets.

In fact, one of them was sitting right there in the Council Chambers, listening as Emanuel put forward a $7.8 billion spending plan for 2016 that would raise property taxes by $588 million during the next four years, impose a $9.50 per month garbage collection fee and privatize 311 to pull the city out of a sea of red ink.

Those funds will be used "to bring thousands of Chicago’s students out of the closets and into the daylight," Emanuel said in his budget address.

Ald. Anthony Napolitano (41st) — whose three children go to Ebinger Elementary School in Edison Park, which has been overcrowded for years — now must decide whether to vote for one of the largest property tax increases in Chicago history or vote no, and risk being blamed by the parents of his children's classmates desperate for more classroom space.

Napolitano — who compared the mayor's budget proposal "to a punch in the face" — said the prospect of a new annex at Ebinger was “dangled in front of him” during a meeting between Emanuel, Napolitano and the Ebinger Elementary School Local School Council on Sept. 11.

"It is a tough, tough decision," Napolitano said. "But I was elected to be the alderman for all of the 41st Ward, not just Edison Park." 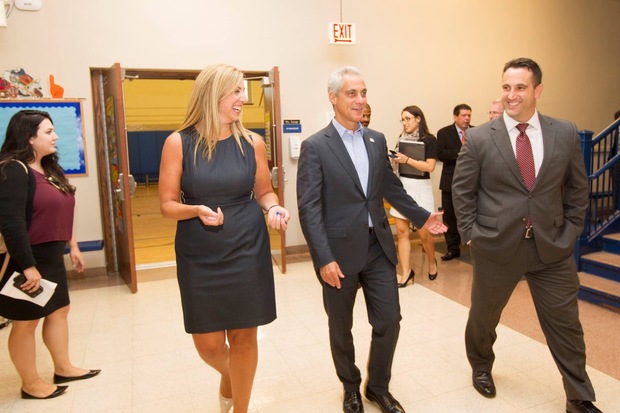 Lauren Huffman, a spokeswoman for the mayor, acknowledged that Emanuel discussed overcrowding at the meeting at Ebinger Elementary, which was not on his official schedule that was released to the news media.

But Huffman did not respond to questions about Napolitano and any pressure the mayor may have put on him to vote for his budget.

Emanuel told the members of the Ebinger Local School Council that if they wanted an annex to be built in the near future, they should pressure Napolitano to support his budget proposal, several people present at the meeting said.

The mayor "threw the alderman under the bus," said Chris Vittorio, Napolitano's chief of staff.

Although Ebinger Elementary School's main building at 7530 W. Pratt Ave. was meant for 510 students, 776 students are enrolled at Ebinger this school year. That gives the school a utilization rate of 152 percent, among the highest in the city, according to CPS data.

But when you factor in an eight-classroom modular building, Ebinger Elementary School has an adjusted utilization rate of 112 percent, which is considered an "efficient" use of space, according to data provided by CPS.

Dirksen Elementary School in Norwood Park is in a similar situation. It has 794 students studying in a building meant for 540 students. That gives the school a utilization rate of 147 percent, according to CPS data. Like Ebinger, Dirksen has an eight-classroom modular building, which gives it an adjusted utilization rate of 110 percent.

Napolitano said he would fight for solutions to overcrowding at all schools in the 41st Ward. 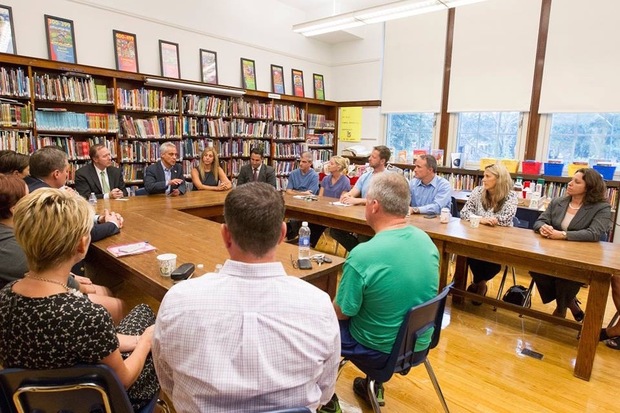 Vittorio said it was unfair to ask parents desperate to make sure their children do not have to study in a closet to pressure Napolitano to support a massive property tax.

"It is just not the right way to go about it," Vittorio said.

Tim Heneghan, a member of Ebinger Elementary School's Local School Council who is collecting signatures to run for 41st Ward Democratic Committeeman in March, said Emanuel's remarks about the need for the council to pass a property tax hike in order to relieve overcrowding were "pretty point blank."

Heneghan, who has declined to rule out challenging Napolitano in 2018, said the mayor "did put it on the alderman's lap."

Something needs to be done to relieve the overcrowding at Ebinger, Heneghan said.

"We need more room," said Heneghan, who declined to say whether he supported the mayor's proposed property tax hike. "School officials and parents have done everything we can. Something needs to be done."