BUCKTOWN —  A tabby that acts like a dog was among the furry creatures scoping out a reopened dog park on its first Friday morning along The 606's eastern end in Bucktown.

"She thinks she's a dog, like them," Maria Herrera said of her cat Gato (cat in Spanish) while pointing to her two dogs, Oso and Messy, around 7 a.m. Friday.

Upon entering the dog-friendly area located in Walsh Park, 1722 N. Ashland, for the first time with her family's three pets, Herrera had thrown her arms up to the sky and said, "It's finally open. It's beautiful!"

The dog-friendly area closed in October 2013 due to construction for The 606, a network of parks situated along the 2.7-mile long elevated Bloomingdale Trail, which runs through Bucktown, Wicker Park, Logan Square and Humboldt Park.

Previously located at the west end of the Walsh Park; the new dog-friendly area is now on the eastern edge, facing both the Bloomingdale Trail and Ashland Avenue.

Each of the fenced-in areas offers water fountains for the dogs.

Ananda Breslof, chairwoman of the Walsh Park Advisory Council and president of the dog-friendly area, said that the two fenced-in areas are intended to keep large and small dogs apart. The southern enclosure is for dogs under 25 pounds; the northern area is for dogs over 25 pounds, Breslof said.

"We are trying something that has been successful across the country, so all dogs can enjoy playing together in a safer way. The leading cause of dog deaths in dog parks are big dogs attacking little dogs," she said.

Breslof said the newly-improved park is only the fourth in the city to offer separate areas for small and larger dogs, following the leads of newer parks in Pottawattamie Park in Rogers Park, Portage Park's namesake park and Fred Anderson Park in South Loop.

Though on Tuesday The 606 organizers tweeted, "Hey hey - the Walsh Park DFA (that's Dog Friendly Area for the uninitiated) is back open today!" Breslof said that finishing touches — such as trash cans and signs to inform park users about the divided areas and rules — are expected to be installed within the next week.

On Friday, a spokesman for The Trust for Public Land, the city's partner tasked with managing The 606 project, said that the separate areas for large and small dogs was a feature added at the request of neighbors.

"We thank the neighbors for their patience while we made adjustments to the original design to accommodate public feedback, and we hope everyone enjoys the park." 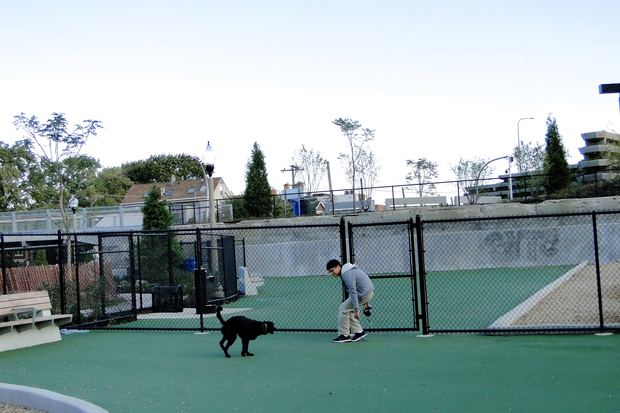 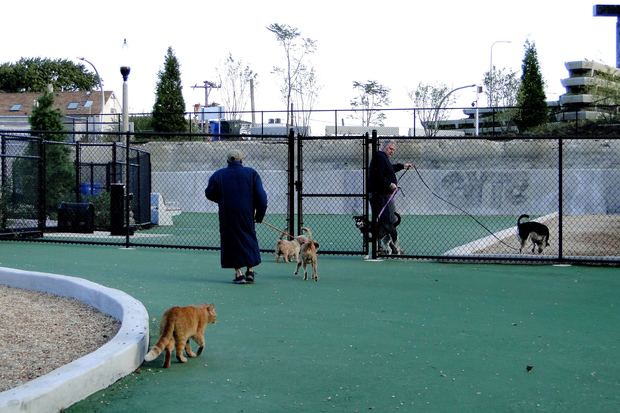 The scene early Friday at Walsh Park's new and improved dog-friendly area.  The dog amenity was closed for two years and was relocated within Walsh Park. 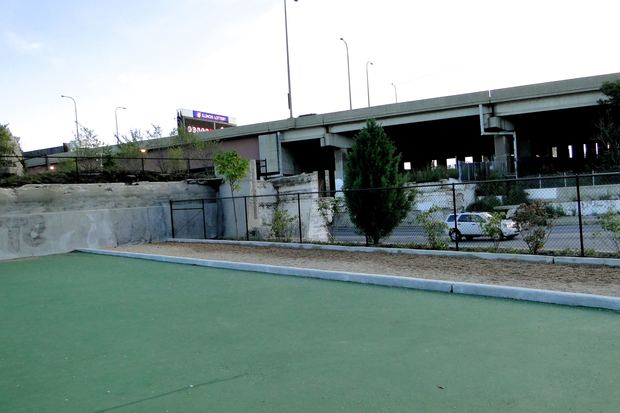