NAVY PIER — Navy Pier has started taking down its well-known Ferris wheel a day after the attraction made its last spin.

Most of the gondolas were removed from the Ferris wheel, which debuted 20 years ago at Navy Pier, by midday Monday. The rest of the wheel should be disassembled by Halloween, said Nick Shields, a Navy Pier spokesman. 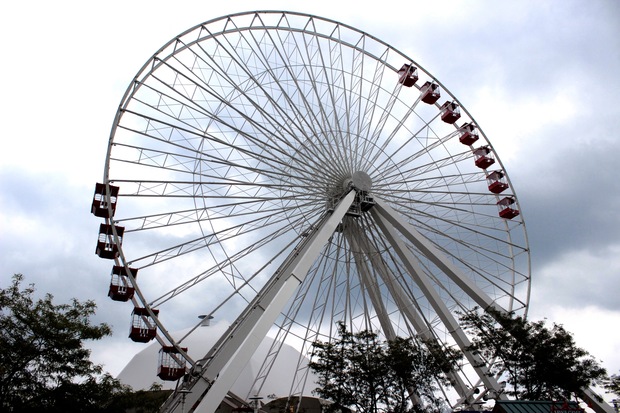 The Ferris wheel was open all weekend for visitors to enjoy at 600 E. Grand Ave. The wheel, inspired by the first-ever Ferris wheel at the 1893 World's Columbian Exposition in Chicago, was sent off with a fireworks show Sunday night and is being replaced with a bigger version for Navy Pier's centennial celebration next summer.

More than 10 million people rode the Ferris wheel since it opened in 1995. It's still unknown whether the old wheel will be sold in parts or as a whole.