The 606's Observatory at Western Trailhead Could Reopen this Weekend

HUMBOLDT PARK —  An attraction at the far western end of the 606 that has been closed to the public for the past two months could be reopening this weekend, officials say.

A spokeswoman for the Trust for Public Land, the private partner tapped by the Chicago Park District to oversee the project, said on Wednesday that provided everything goes as planned, the circular lookout, or observatory, at Ridgeway and Bloomingdale avenues will reopen this weekend.

The pinwheel-shaped mound now features "narrow-gage steps" that will allow children to have easier access to the top if they choose not to use a ramp. Initially covered with temporary sod for The 606's opening day, the observatory has been bare for the past few months, though the circular structure is scheduled to be eventually be replanted with spring bulbs and grasses.

Folks interested in getting a sneak peak can attend an "Autumnal Equinox: Scopes in the City" event from 6:30 to 8:30 p.m. Wednesday at the Ridgeway Trailhead, just south of the the McCormick Tribune YMCA at 1834 N. Lawndale Ave. in Humboldt Park.

Led by astronomers from Adler Planetarium, the free event will take place on the pavement next to the observatory near the water fountains and not atop the observatory itself, the spokeswoman said.  The astronomers will bring along telescopes to help visitors interpret the sky.

In mid-July, the observatory closed for renovations that were expected to take a couple of weeks but have lasted much longer as masonry workers enhance the trail's circular lookout.

The temporary closure was for stone delivery and placement of the solstice elements in the mainline path, officials said.  Workers on Tuesday appeared to be wrapping up stone inlays that spell out the words "spring" and "fall," referring to "solstice" and "equinox," or the days of the year when seasons begin and days get longer or shorter. 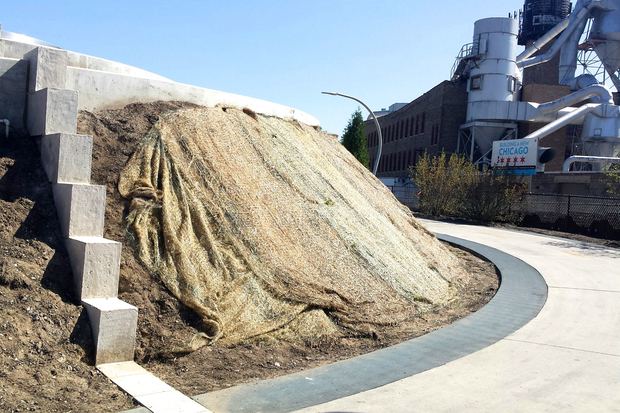 Narrow-gage stone steps have been added to the sides of the observatory. [DNAinfo/Alisa Hauser]

"I'm eager to see it finally open. I notice it all the time since I take [the trail] from end-to-end," said Brandon Carter, a Humboldt park resident who was about to hop on a Divvy bike at Julia de Burgos Park on Tuesday.

RELATED: See Our Interactive Map and Guide to the 606.

As for the path itself, Carter said he "loves it."

"It's more convenient; it's less dangerous than being in traffic. I would prefer if it extended all the way to the lake," Carter said, referring to a long-talked about plan that officials have previously described as "phase two."

In other 606 news, a "People's Promenade" is set for 3 to 7 p.m. Sunday and will offer family-friendly activities at three of trail's ground-level parks, including a a jazz sextet, "poetry to order" and word games.

At 5 p.m. Sunday, an end-to-end walk starting at Walsh Park in Bucktown will conclude at the Western trailhead in Humboldt Park. Free popcorn, apples and cider will be available, according to the Art Blitz schedule. 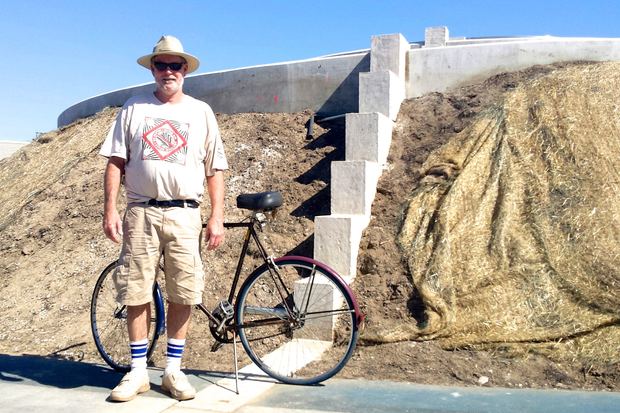 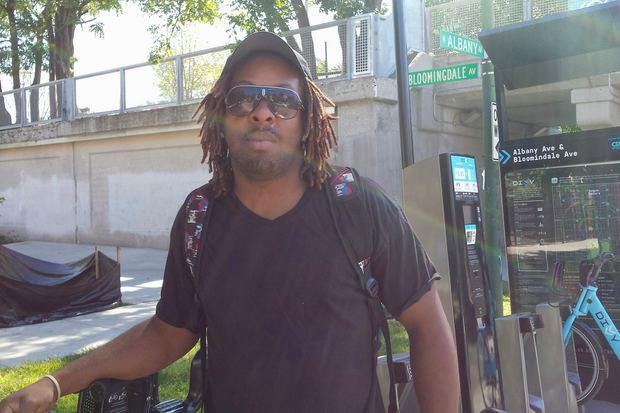 Brendon Carter, a Humboldt Park resident prepares to use a Divvy bike and get on the Bloomingdale trail at Julia de Burgos park.

"Do you have any idea where the nearest bathroom is?" Friendly couple touring The 606 asks.