MCCORMICK PLACE — A Miami-based developer unveiled Tuesday its plan for twin supertall residential towers near the southern end of Grant Park, the first of which would rise 76 stories.

If built, the skyscrapers designed by New York-based architect Rafael Viñoly would contain 1,440 residential units. Viñoly, who has designed buildings for the University of Chicago, among other projects, said the terraced towers at 113 E. Roosevelt Road would have a "stepping gesture" inspired by the city's tallest building, Willis Tower. 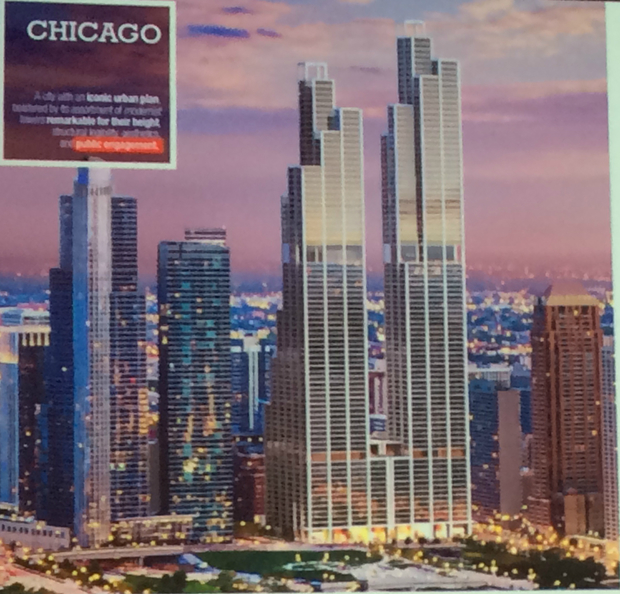 The developer behind the proposed project is Miami-based Crescent Heights, which already owns about 5,000 units in the South Loop. This proposal would be the firm's first ground-up development in Chicago, and was presented at a neighborhood meeting hosted Tuesday by Ald. Pat Dowell (3rd).

"Their goal is to achieve and create an iconic building that will anchor the south end of Grant Park," said Ted Novak, a lawyer in the Chicago office of DLA Piper representing the developer. If built, the towers would be the tallest in the city south of Van Buren Street.

Dave Matthews says there were concerns about crowded schools:

The project would be constructed in phases, with the first tower rising 76 stories (or 829 feet) and including 792 apartments. The second, slightly taller, tower would include 648 units Novak expects to be condominiums. The final height of that tower was not revealed.

A public park and 100 town homes would be built in a third phase nearby off Indiana Avenue.

"The opportunity for this project exists because you can do rental," Novak said. Rents, he said, would be in the "typical" luxury realm of $3 per square foot, and high-rise units would range from studios to three-bedrooms.

Here's a model of the building Crescent Heights wants to build at 113 E. Roosevelt. pic.twitter.com/qITpvYlyUG

The proposed development lies in a site slated for a previously planned development, and would not require a zoning change. It would also be free of tax-increment financing funds or other public subsidies, Novak said. But it still requires city approval because of its size. Viñoly said the towers would also include a clinic and street-level retail space.

Dowell said she "hopes to have an answer soon" on what school would serve the new residents of this project and others presented at Tuesday's meeting. South Loop Elementary School has long been overcrowded.

Scroll down for more renderings of the proposed project: 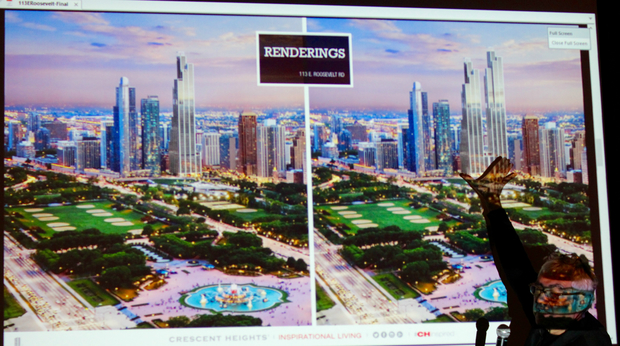 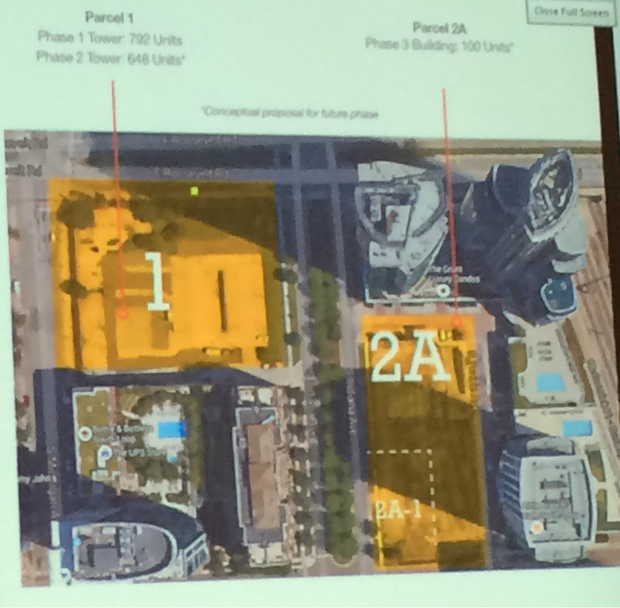