Ipsento To Open 2nd Bucktown Cafe, This One Next to '606' Along Milwaukee

BUCKTOWN —  Good news for locally roasted coffee and Bloomingdale Trail fans: Bucktown's Ipsento will be opening a second spot along with a nighttime bar next to one of The 606's ground-level parks and within a scone's toss of the elevated path.

Set to open in early January, Ipsento Coffee's second location at 1813 N. Milwaukee Ave. is adjacent to the unceremoniously named "Park 567," one of six ground-level access parks where folks can hop on or off the 2.7-mile long elevated Bloomingdale Trail.

The park opened in 2013 and features limestone boulders for seating and a hill in the center.

"The 606 played a big role in attracting them. I'm excited; I think they are going to do well there," said Trevor Jack, a broker with Baum Realty Group who represented the building's owner Marc Fishman in renting out the 1,800-square-foot spot.

In its first six years, Ipsento Coffee has grown from three employees to 12 under the direction of Taylor, who took over the coffee shop in April 2009 after it was donated to him by members of a local church.

Reached on Tuesday, Taylor confirmed the news and said that if everything goes as planned, Ipsento Coffee will open the new location in early January.

The spot will seat 30 in the daytime and 45 in the evening when it transforms into a bar concept, Taylor said. The business will create about 20 new jobs.

"It's at the crossroads of The 606 and Milwaukee.  There's a lot of new construction planned right there and I think there will be a lot of new traffic in what was formerly somewhat of a dead zone on Milwaukee," Taylor said.

At the base of a vintage three-story building, the storefront was on the market for about four months. A painting studio moved out of the spot on Aug. 1.

Ipsento supplies coffee to Lovely, a bake shop which operates three locations including one at 1130 N. Milwaukee Ave; Overflow Coffee Bar in the South Loop and Fab Cakes, among others. 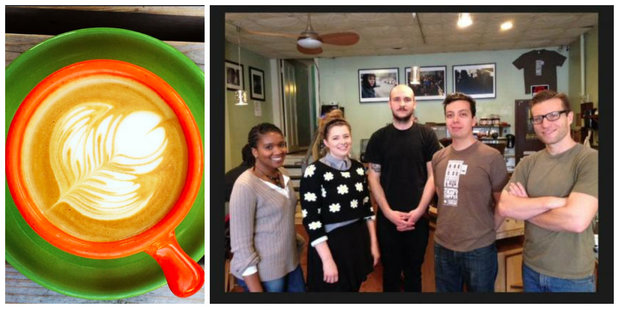