Burkhart, a native Chicagoan who created the Beef-Off to figure out where to best take clients and other visitors near his office, rounded up about 20 other friends and colleagues for the competition between Portillo's, Al's Italian Beef and Mr. Beef.

"I was expecting it to be the same, same, same, but it's not even close," Burkhart said after the contest.

Judges paired up and ordered the same sandwich at each of the three restaurants for scientific control. The judges visited each River North location. Portillo's was first, followed by Al's and then Mr. Beef.

They graded the food based on the texture and flavor of ingredients, as well as size-to-cost ratio, presentation and "structural integrity."

The group was diverse in age and taste. Maria Ranahan, a Loyola University student and former SquarePlanet intern, is a lifelong vegetarian who didn't taste bacon until she was 18 years old.

She admits she eats meat once every few months, but mostly joined the contest "as an excuse" to see her former coworkers. She also likes hot peppers. 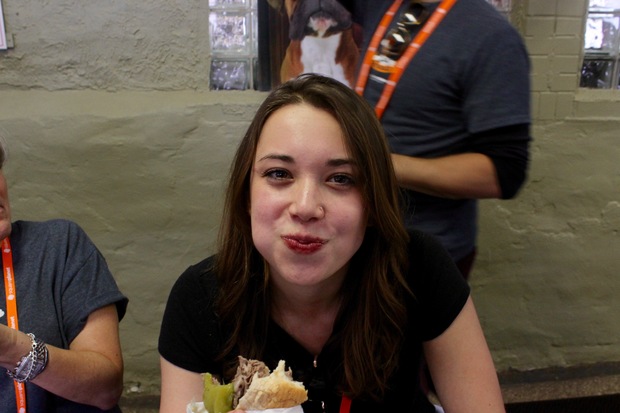 Another judge was Oliver Hibbard, 4, who was tasting his first Italian beef on Monday afternoon. He ate sandwiches from all three restaurants, and enjoyed sweet peppers the best.

"So if he's gonna do it, you might as well do it in mass quantities," Hibbard's father, Chris, said. 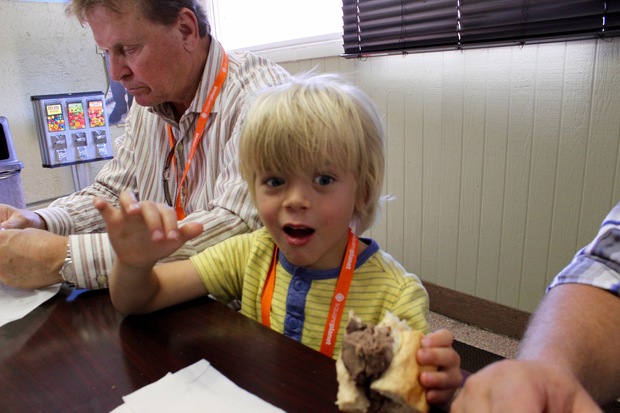 The team finished eating in about two hours, and quickly tabulated results. Judges generally thought Portillo's had the best tasting beef itself, but each restaurant brought its own specialty.

"I think if you took the peppers from Al's and put them on Portillo's [beef] we're in business," said judge Maxx Parcell, another SquarePlanet employee. "The full Frankenstein."

Nick Scarpino, director of marketing for Oak Brook-based Portillo's, said Monday that Portillo's makes all its beef fresh at two commissaries in the Chicago area. He also said the chain is "humbled" given the other local competition it faced.

"We are grateful for all the people that voted for us," he said.

Italian beefs are a Chicago staple, but Burkhart hopes to expand the contest to other foods including a future "Falafel-Off" and "Waffle-Off." He also hopes to get a trolley so his friends can taste Italian Beefs from all over the city, and not just the three-block radius around his office.

"We're barely dipped into the way we're going to do this next year," Parcell said.