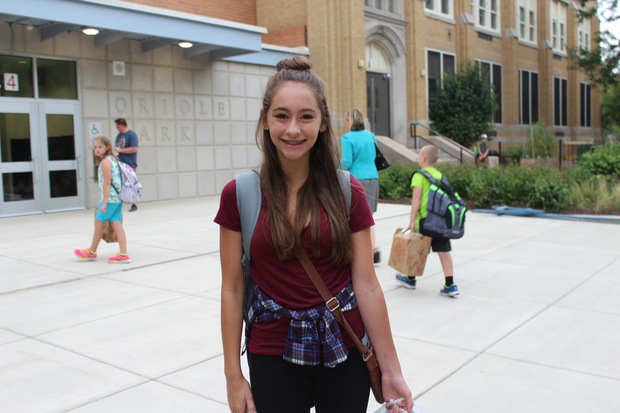 NORWOOD PARK — Two new annexes opened Tuesday on the Northwest Side to the delight of students, parents and teachers.

Oriole Park Elementary in Norwood Park and Wildwood Elementary School in Edgebrook had been among the most crowded schools before Chicago Public Schools officials agreed to build additions for the schools, both of which are rated among the best in Chicago.

Olivia's second-grade classroom at Norwood Park Elementary School had 38 students, while her new class will have 25 or 26 pupils, Torres said.

"We waited for the addition to be built," Torres said. "It is great." 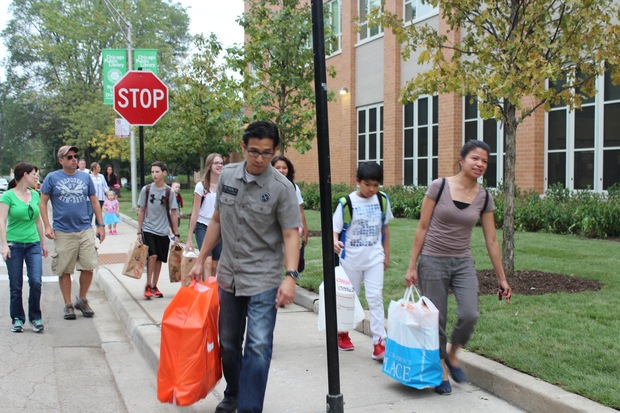 Wes Tracz, who dropped off his daughter Tuesday to start fourth grade, said the opening of the two-story, $20 million annex — with a multipurpose room, 15 classrooms, a computer lab, a science lab, a library, art room and administrative offices — was overdue.

"They needed the space years ago," Tracz said. "It is nice. It is good for the kids."

Heather Cherone says some see the annexes as a temporary solution:

Although the main building was meant for 390 students, 661 students attended Oriole Park last year. That gave the school a utilization rate of 169 percent, one of the highest in the city, according to CPS data.

The annex replaced an eight-classroom modular building, and the school now has enough space for its prekindergarten classes, which had been held in the basement of a nearby church.

The Oriole Park annex will has a beefed-up roof and thicker-than-average windows to block out the noise of jets traveling to and from O'Hare International Airport. 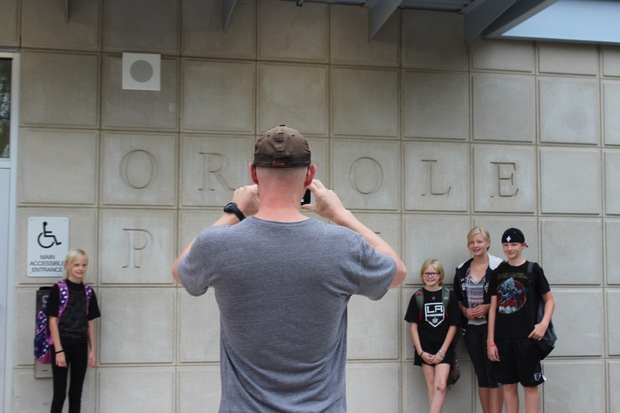 The Easterwood siblings frame the sign on the new annex at Oriole Park Elementary School while their dad takes a photo on the first day of school. [DNAinfo/Heather Cherone]

Because of the new classroom space, the school's boundaries expanded to include students who had attended Dirksen Elementary School, which is also overcrowded, officials said.

In Edgebrook, the opening of the Wildwood Elementary School annex is the culmination of years of work by parents and teachers to convince CPS officials the school needed more space for students.

The annex includes a new lunchroom/multipurpose room, 12 classrooms, a computer lab, library, art room and administrative offices, according to the place.

Although though the main building was meant for 240 students, 424 students were enrolled at Wildwood during the 2013-14 school year. That gave the school a utilization rate of 177 percent, one of the highest in the city, according to CPS data.

The annex will replace a four-story modular building, and double the size of the school at 6950 N. Hiawatha Ave.

The annex, which will be built on what is now Wildwood Park's basketball court and water play area, was criticized by members of Friends of the Parks for setting a bad precedent that open space can be removed for other needs.

Wildwood officials will celebrate the school's new annex with a party from 5 to 7 p.m. Thursday. The event will include tours of the school, activities for the children and refreshments.