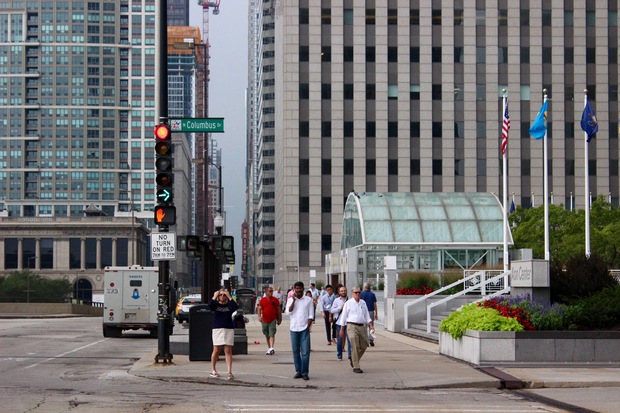 Reilly said the move came at the request of neighbors, who said only one or two cars previously could turn on a green light due to pedestrian traffic. Signs prohibiting turns on red (sans arrows) are still in effect.

The turn arrows were paid for by Reilly's ward infrastructure budget.