Bicyclists were already rolling at the 43-acre park at 1400-1521 S. Linn White Drive by the time it opened Friday. One of them was Mike Bernal of Humboldt Park, who was taking in the park's manmade pond and hills, features he doesn't see at his neighborhood 606 trail.

"It's the only one like it," Bernal said, referring to Northerly Island's trail. "I think this one will be less busy [than the 606] too."

Northerly Island Park, which despite its name actually sits on a peninsula, is the result of years of planning between local and federal officials. The landscape designed by SmithGroupJJR and Studio Gang features a mile-long trail circling a pond and hills full of savanna and prairie grass. The design calls for 150 different types of native plants.

Star Chicago architect Jeanne Gang, whose firm helped design the park, said the team chose plants "resistant to climate disruption" that will continue to grow for the foreseeable future.

"This is a phenomenal accomplishment to have this kind of space at the front door of the city," she said. "As it grows in it'll get that much more amazing." 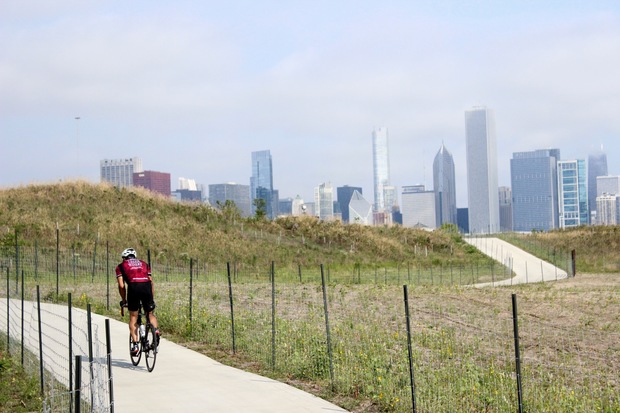 A bicyclist on the trail Friday morning. [DNAinfo/David Matthews]

The $9.5-million project was financed in part with $6.2 million in federal grants and was built by the U.S. Army Corps of Engineers. The park district covered the rest of the cost. Camping and fishing Lake Michigan off the peninsula are other activities the city envisions for the park.

Dave Matthews discusses the park opening while taking a stroll:

In a prior life the park was Meigs Field, a city airport whose runway then-Mayor Richard M. Daley famously ordered demolished on a Sunday night in 2003 amid opposition from lobbying groups. Daley had eyed the land for a lakefront park. Mayor Rahm Emanuel alluded to the park's sordid past just before its ribbon-cutting Friday.

"While bulldozing the airport was referred to as shock, seeing nature is the awe," Emanuel said.

Though the new Northerly Island Park is now open, the public who visit soon will see an unfinished project. Many plantings in the park are expected to grow well into the future, meanwhile attracting birds and other wildlife as restoration efforts continue. The trail for now is fenced to protect the park's plants and animals, and dogs aren't allowed.

But Gang had to underscore the importance of simply opening the park again to Chicagoans.

"The most important thing is to get it started," she said.

Scroll down for more photos of the new park on its opening day. 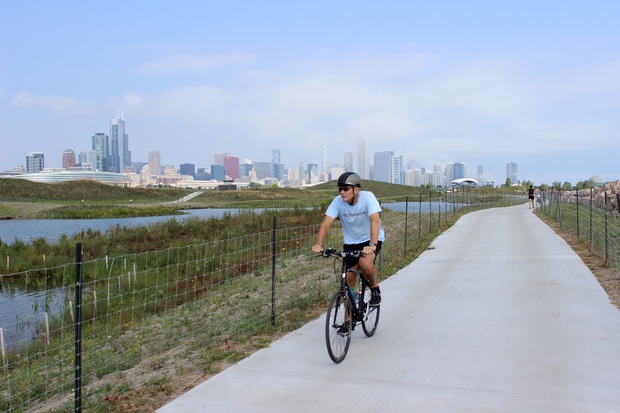 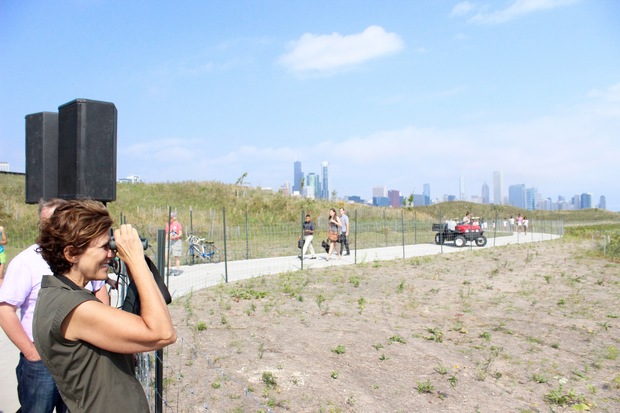 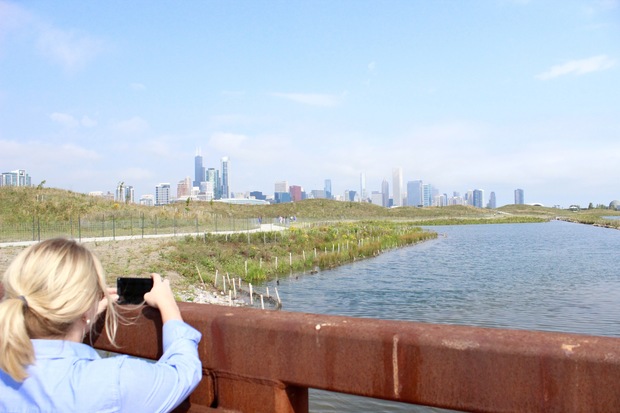 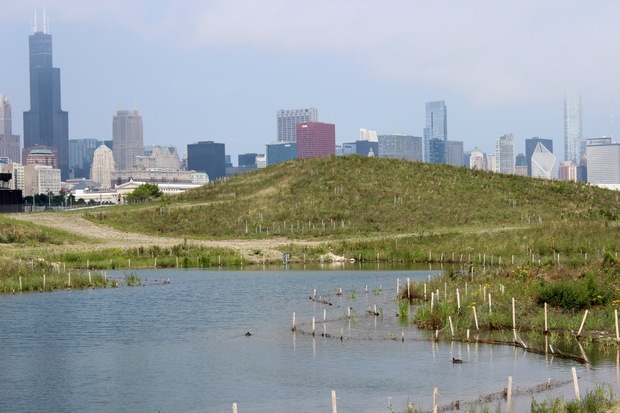