Who Has the Rights to Vivian Maier's Amazing Collection? New Clues Emerge

CHICAGO — The missing link in the mystery that is famed street photographer Vivian's Maier's lineage has been discovered, according to a local scholar.

The findings of a Northwestern University academic could unlock a court case that has left the future of 150,000 masterful photographs taken by Maier in limbo.

Maier, who gained posthumous fame as a mysterious nanny whose street photography experts say puts her among the greatest street photographers of all time, had just one sibling, her brother Charles Maier.

Little was known about Charles, but an ongoing court case in Cook County over the rights to own and print those 150,000 photographs puts him at the middle of the issue.

The biggest clue in finding an heir — if one exists — was revealed to DNAinfo Chicago and Cook County court administrators this week.

Maier's long-lost older brother, whom a Cook County court administrator and the owner of the majority of her work have been searching for, is buried in a New Jersey cemetery, according to scholar Pamela Bannos.

The fact that Charles Maier is dead was revealed by an amateur genealogist to the Tribune earlier this week, but the question of whether he had any children remained.

When Bannos, who is working on a book on Maier's life, saw the death disclosed in the Tribune, she knew she had to come forward with details that will likely determine who owns those precious photographs and has the legal right to reproduce them.

Charles, or Karl, his birth name, is buried in the Ancora Psychiatric Hospital Cemetery.

The older brother of Vivian Maier had spent years in the state-run psychiatric ward before his death in 1977.

The fact that he checked in or was checked into the mental health institution almost guarantees records associated with Charles remain and would likely include information about a possible spouse and any children. 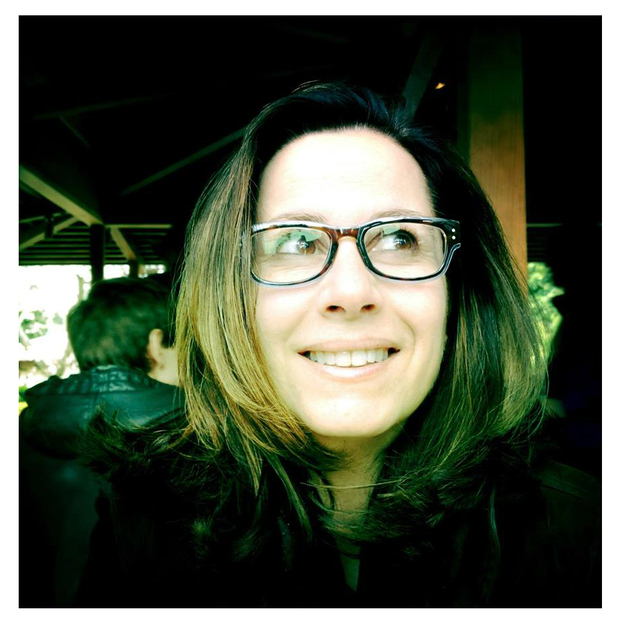 "We found him attached to an institution that has records," Bannos said. "This is the end of the road for this guy, whether it opens up new questions or not. Somebody must have committed him, or he walked in there himself.”

Bannos for three years has known Charles' vital information, including his birthdate and date of this death. She's also seen his World War II enlistment papers and Social Security application.

Bannos disclosed that she had knowledge of Charles Maier's death to the Chicago Reader in February, but never heard from Cook County.

"I guess the people at the public administrator's office only read the Tribune," she said.

This summer after studying his 1967 Social Security application and satellite maps of the area surrounding the town where he died in 1977, she followed a hunch and visited the state psychiatric hospital.

It was there where she discovered his grave.

The issue is copyright, not physical ownership of the photos.

Physical ownership does not give someone the right to reproduce them in any way, whether it be making prints from negatives or including the photos in a documentary.

The question of and search for an heir came into play in June 2014 when David Deal, a photographer and lawyer took it upon himself to find an heir.

Deal was upset that Maier's work was being exhibited, printed in books and sold by a number of owners, but mainly by John Maloof, who bought the majority of the works that were found in a storage locker in 2007.

Those negatives, rolls of film (some still undeveloped) and prints of her work are now worth millions.

Deal was able to track down Maier's cousin once removed in France and filed an action in Cook County court questioning who owns the reproduction rights to the photos.

The legal case to determine Vivian Maier's closest relative has been in court for about a year and has been stalled until now.

The Cook County Public Administrator's Office must oversee the estate until relatives or others are approved by the court.

"We are kind of like the last resort for an administrator of someone's estate," said Leah Jakubowski, general counsel for the Office of the Public Administrator of Cook County.

Jakubowski said the office will now work to verify the information and begin trying to obtain records related to Charles Maier from the New Jersey psychiatric hospital.

"We are really excited to see" the records, she said. "Any movement forward is great news."

During the legal process over the last year, two of the three people who obtained the majority of Maier's work have stopped printing, selling or exhibiting the photos at all.

Maloof, the owner of the majority of Maier's work, said he had been working to find the heir for years and questioned why Bannos didn't come forward with the information sooner.

"Why would somebody hold this extremely pertinent information that would help an heir receive what they are due and help resolve this whole state issue so that the work doesn't end up being shut down?" Maloof said.

Maloof said he expected the case would conclude within the next two months, but it's possible the sides would not agree to a settlement.

"It's going to be something that has to allow us to move the archive forward," he said. "We have to have the liberty to continue what we are doing without losing control because we have so many relationships with galleries and collectors and institutions. That is very important."

The effect on art

The legal process has resulted in a number of galleries canceling shows and much of the work being tucked away to prevent a possible copyright infringement.

Maloof, who directed and appeared in the Oscar-nominated 2013 documentary "Finding Vivian Maier" has about 90 percent of Maier's discovered work.

Neither Goldstein nor Slattery are mentioned in the documentary.

Slattery never made prints from Maier's negatives, unlike Maloof and Goldstein, and has been waiting for the case to move forward on advice of his attorney.

Goldstein's shows have been shut down since the legal proceedings.

"It's what they chose to do. They decided to take the risk, and I decided not to," Slattery said. "I've been staying in the background. That’s why you don’t see me written about, jumping up and down about the whole thing.”

Maloof's website, vivianmaier.com, is active and contains photographs from his collection.

There are still a number of galleries showing Maloof's work including an exhibition in Italy.

"We never stopped," he said. "The only thing is a gallery or two canceled upcoming shows because they were afraid."

Maloof argues that he needs to continue showing the work in order to fund the archives and continue moving forward.

He has 600 rolls of film that are frozen with 36 shots on each roll.

"The bottom line is, you haven't even seen her best work yet," Slattery said. "I'm telling you flat out. There is even better work that's not out. She was so prolific it was ridiculous."

Bannos learned of the history through a years-long genealogical study, as well as examination of thousands of Maier's photograph she was preparing her upcoming book.

She did not intend to reveal the information, she said, but felt forced to when Ann Marks, a New Yorker who gained interest in the topic after watching the documentary, uncovered that Charles Maier was dead.

"This is the news. What this woman said to the paper yesterday was not news," Bannos said. "I've been trying to protect my research. Basically with this new development, I feel like I have to come forward because I do have new information. Let's go on to the next stage."

Maloof, the former real estate agent who bought Maier's images in a storage locker for less than $400, said he still hoped to find a living heir.

"If we find a living heir, it basically ends the debate on who is the decision maker, and the final decision maker will be found, and we can make an agreement once and for all instead of working on a scenario where the county is trying to negotiate the best deal for their possible heir," Maloof said during an interview on WBEZ.

The mystery surrounding Maier, a former Chicago area nanny who spent the late years of her life in Rogers Park, has been a big part of what has fascinated the world.

Bannos has felt protective of Maier, a fellow photographer, and has taken offense to the characterization of Maier as a mysterious woman who disclosed next to nothing about her family and life.

Maloof's documentary, which includes interviews with the children and parents of families that Maier nannied for, has a heavy focus on the eccentricities of Maier.

Families describe her as paranoid, as living with a mental illness and as private and paradoxical.

"Everybody said she's so secret, she didn’t tell us anything," Bannos said. "Well you know what? Her brother was locked up.”

Articles from some of the world's leading publications have referred to Maier as eccentric, a spinster, friendless and a hoarder.

"My position has always been to try to represent this woman fairly and not get caught up in the circus of 'the mystery nanny,'" Bannos said. "I'm trying to do this story to represent her as a photographer, as an artist."