By Mark Konkol |&nbspAugust 20, 2015 5:54am | Updated on August 20, 2015 8:52am
@KonkolsKorner
Twitter Facebook Email More
Bricklayer Carl Edenhofer's obituary was a unique, touching and expensive twist on the newspaper death notice that his family says was worth every penny.
View Full Caption
Edenhofer family

The way the retired bricklayer saw it, when regular working-class folks died, their lives got boiled down to collection of a few facts, a few names and a few key dates published as an outrageously expensive advertisement. And that wasn’t right.

“Dad always talked about how the little obituaries cost so much and they don’t tell a person’s story. He’d say ‘All people, they have a story, and you read these obituaries, and you don’t know their story, and that’s a shame,’” Edenhofer’s namesake son, Carl Jr. said.

“He always said, ‘When I die, I gotta tell people my story.' Truth is, my dad had been telling me his story my whole life.”

Mr. Edenhofer shared important tidbits that he told his son should specifically be included in his obituary so people would know him exactly the way he wanted to be remembered — proud moments and heartbreaks, all of it.

Mr. Edenhofer died suddenly on Aug. 12 after suffering a massive stroke the day before, at age 81. He was at home on Mango Avenue in the house where he grew up and lived with his brother for the last 40 years.

“When we went to make his Tribune obituary they gave us this stupid form to fill out that said, ‘mother’s name’ and ‘sister’s name.’” Carl Edenhofer Jr. said. “I sat there, and couldn’t do it. I couldn’t not tell dad’s story.”

As Carl Jr. sat down at the kitchen table on Mango Avenue to follow through on his father’s last wish to have his story told, he remembered the wisdom that his dad repeated like a mantra: “We all build a big wall of life. Don’t be in a hurry. Just do the little things because the little things matter.”

In that moment, all the “little things” that his dad said he wanted people to remember came back in a flood of memory.

The writing came easy, as if the 5-foot 6-inch, 230-pound Austrian bricklayer with Popeye forearms was there dictating his life story brick-by-brick, so to speak.

When it was published in the Tribune Saturday, the paid death notice stood out on the page, nearly an entire column long.

It began: “Some of you may know me as Ray or Rayme. Others, know me as Carl. To all I hope and am pretty sure I was either your dad, grandpa, great grandpa, brother, uncle or friend. I was born in Chicago …”

Mr. Edenhofer’s final story was written in first person because his son believed that’s how his father would have wanted it.

And for that, Mr. Edenhofer’s life story was captivating, a refreshing take on the fill-in-the-blank “Mad Libs” death notices that he never wanted for himself.

Instead, his obituary read like a deathbed letter from a guy who got a job on the night shift at White Cap, a construction supply company, while attending Steinmetz High to bring in extra cash to help support his poor family, and who took pride in being a hard worker the rest of his life.

“I undertook a bricklayer’s apprenticeship and was a card-carrying member of the Bricklayers union. It was here that I learned my life’s lesson. … A wall is not put up in one large piece; it is built one brick at a time. In life it should not be one grand gesture but one act of friendship or love at a time. Brick by brick and when you turn around and look back you will see [a] magnificent wall built with love and friendship.”

Mr. Edenhofer’s final story gently revealed a tough man’s broken heart and how, over time and with his love for his children, it healed itself.

“I met who I thought was to be my love for life, Mary Ellen Borek. Sadly that was not to be. But she did give me the loves of my life, four wonderful children,” the story goes, leaving out the sad details of a broken marriage with grace and kindness that people who knew Mr. Edenhofer said were his best traits.

Bricklayer Carl Edenhofer's obituary was a unique, touching and expensive twist on the newspaper death notice that his family says was worth every penny.
View Full Caption
Edenhofer family

The death notice even included a personal message to some of the goldbricking city employees who got stuck under his supervision during his days working for the City of Chicago — and a few who shared his work ethic.

“You see when I took my trade to the City, I wanted to work and thus explains why many laborers and people who were assigned to my crews did not want to stay with me. It was because we worked,” Mr. Edenhofer’s obituary continued.

“I was audited more than once because they said nobody could do that many jobs in a month, but once each was inspected they found that every job was done, right and complete. To those guys who did work with me, I will [miss] you and our morning coffee.”

There were sweet love letters to his family, best friend and beloved neighbors — the kind of thing Mr. Edenhofer often told his son belonged in his obituary.

Each message was brief and heartfelt just the way Mr. Edenhofer — better known as “Grandpa Coo Coo” to a few sweethearts — expressed himself to people he loved the most.

“One friend stayed close to me through life, Bob Kraus. We just had lunch together the other day. Sorry I will miss our fishing trip in a few weeks.” 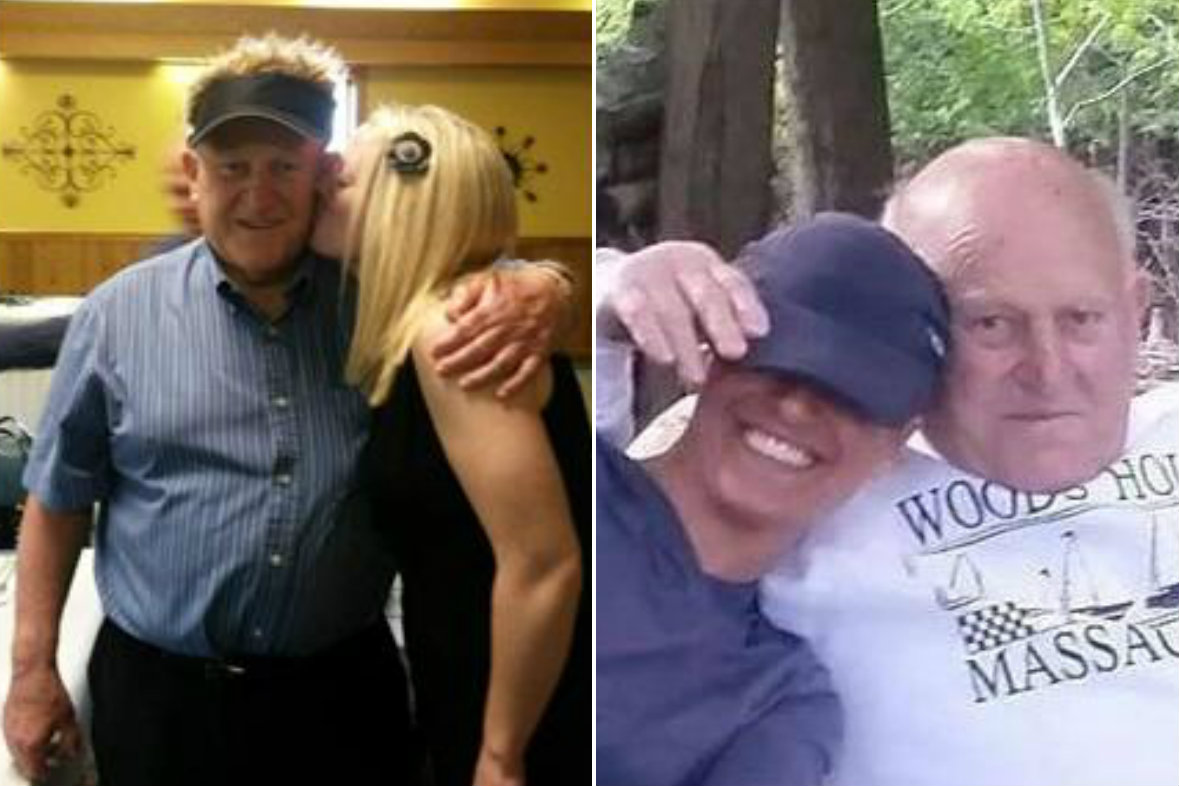 “I, Grandpa Coo Coo, want to give to you one bit of advice — it is not the big fancy expensive things of life that are important — it’s Family and Friends.”

“To all who lived on Mango Avenue for these many years, to even Mr. Boom Boom, I say goodbye and thank you. You made my life richer.”

Tucked in Mr. Edenhofer’s obituary is common sense wisdom that he often shared, whether you wanted to hear it or not, in a “side note to the younger folks.”

“If at age 15 when someone hands you a paintbrush and says ‘you want to learn to paint?’ Be careful. My Pa did that to me, and little did I know it opened a whole world of opportunity, to help paint my family and friend’s houses, garages, fences and everything else. And yes, at no charge, [it] was my pleasure.”

The story ends with a laugh and a fond family memory of “Grandpa Coo Coo” — a nickname Mr. Edenhofer earned by teasing his grandkids with his cuckoo clock that his sisters say had a double meaning — fleeing family parties with an impromptu game of tag and a farewell that became his catchphrase.

“In closing, because I know these last words are costing my kids a ton, I need to finish but there is much more I would have liked to have said,” his story ends. “To all who knew me, last tag and no tag backs.”

The tribute inspired even strangers to write notes of sympathy expressing how Mr. Edenhofer’s life story touched them.

“Car,l we’ve never met but I wished we had,” M. Abmie-Rose Garcia of Chicago wrote.

“You seem like a guy that really made a difference in this world … You showed us how to be better human beings and now that you have left us we have to try to remember the [lesson] you taught us. That we can make a difference, one brick at a time.”

Those are the kind of sweet sentiments that confirm what Mr. Edenhofer always said was true: The story of a person’s life, even an ordinary bricklayer like him, deserves better than what you get for one of those pricey, fill-in-the-blank death notices in the papers.

But Carl Jr. will tell you the $6,000 it cost to give his dad’s life story the kind of ink it deserves was worth every penny.