The 18-story tower — first proposed two years ago — is expected to open in the fall, developer Gerding Edlen said Tuesday.

Xavier is part of a record number of Downtown apartments opening this year. But unlike other developers who have attempted to rebrand the former Cabrini-Green site — where thousands of high-rise public homes once stood — Gerding Edlen is embracing its history and marketing the "Cabrini-Green" name as Xavier's location.

“With Xavier we had an opportunity to be part of the continued story of this neighborhood," Matt Edlen, Gerding Edlen's director of East Coast and Midwest acquisitions, said in a statement. "We are particularly conscious of this neighborhood’s rich and long standing history, and feel the project will have positive long-term impacts on the area.”

Tuesday's news release did not address why the building was named Xavier, but it could be a nod to Saint Frances Xavier Cabrini, a namesake of some of the public housing project.

Xavier is the second local project by Gerding Edlen, which opened an 188-unit tower in River North called Jones Chicago last year. Scroll down for more renderings of Xavier before it opens. 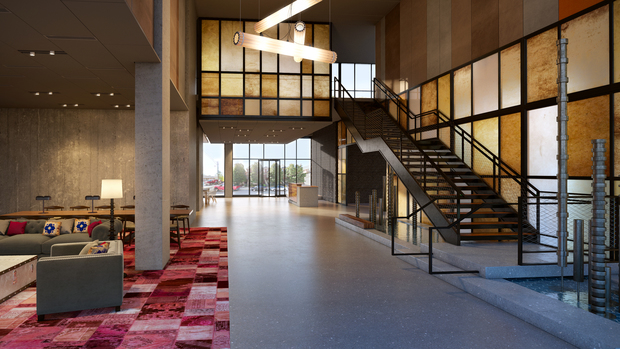 A rendering of the Xavier lobby. [GREC Architecture] 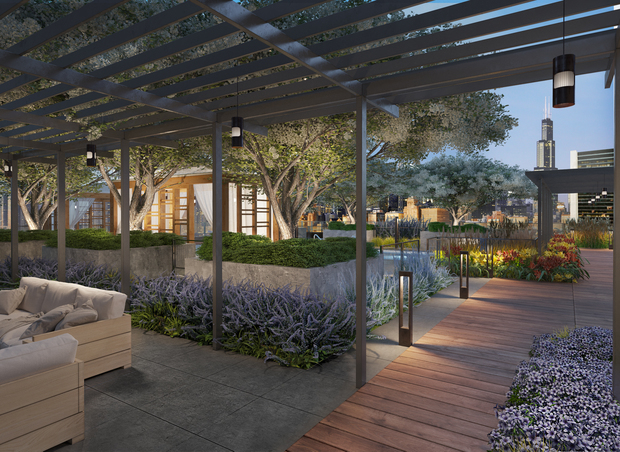 A rendering of the Xavier's rooftop. [GREC Architecture]