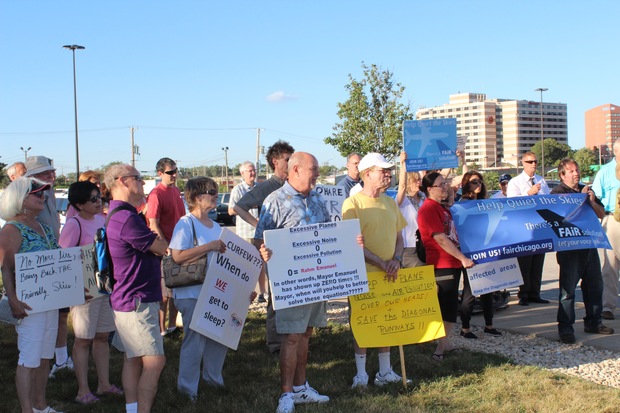 O'HARE — O'Hare Airport officials Friday rejected pleas to keep two diagonal runways in service, drawing fierce criticism from residents who said they will continue to fight to keep them open in an effort to reduce the roar of planes over the Northwest Side.

Instead, Aviation Commissioner Ginger Evans said the airport would rotate the runways that are used at night in an effort to spread out the noise that many residents say keeps them from getting a good night's sleep.

"The city takes very seriously the impact of airport noise, but we are required to balance that with the impact on the thousands of people who rely upon O'Hare each day,” Evans said in a statement.

Evans presented what she said was a "comprehensive effort" to address the outcry about jet noise Friday evening at the third and final meeting between city officials and members of the Fair Allocation in Runways Coalition about ways to reduce the jet noise that the group contends has lowered property values and made it impossible for Northwest Side residents to watch television, sleep or enjoy their yards.

"We have met the objective to spread the noise," Evans said at the meeting, which was closed to the press and members of the public. However, coalition members broadcast the meeting via a conference call line, allowing reporters to listen to the proceedings.

The diagonal runways "must be decommissioned as planned due to significant safety issues with an antiquated, intersecting airfield configuration, a lack of operational efficiency and increased costs," according to Evans' statement.

Evans said keeping the diagonal runways open would compromise the safety of airplane passengers throughout Chicago. 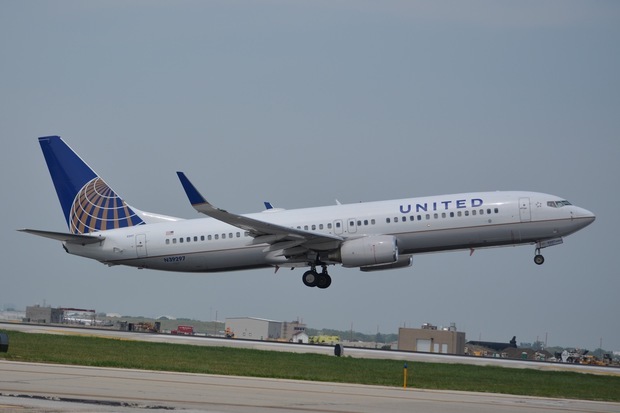 A plane takes off from O'Hare. [Flickr/Piper]

The diagonal runways interfere with Southwest Airlines planes landing at Midway Airport on the South Side, and violate new federal regulations about separation between planes, Evans said. In addition, they are too costly to maintain.

"The runways are fatally flawed," Evans said, asking members of the coalition to accept that analysis and drop their calls for the runways to be put back in service. "It is what it is."

"These are 1950s runways" that have no place on a modern airfield, Evans said at the meeting.

But the coalition contends the diagonal runways are the only way to spread out the racket caused by planes traveling to and from O'Hare Airport via new east-west runways.

But even before Evans presented her proposal, U.S. Reps. Mike Quigley, Tammy Duckworth and Jan Schakowsky said in a joint statement that they were not convinced that it made sense to decommission some runways while building others.

"We believe the diagonal runways remain necessary for efficiency, safety and noise abatement," the representatives said in a statement. "Leaving the diagonal runways open would allow us to maintain the most potential options to configure the airport and help distribute the noise burden."

Members of the coalition — who were only briefly allowed to respond to Evans' hour-long presentation Friday evening — said they would not accept Evans' decision as the final word on the diagonal runways.

"They are putting the economic health of the airport over the quality of life of the real people who live under these planes," said Colleen Cichon-Mulcrone, a member of the coalition's leadership team, before the meeting.

After the meeting, as several dozen members of the coalition rallied, Mulcrone vowed that the group would keep fighting.

Evans' proposal offers no daytime relief North and Northwest Side residents who say they can no longer enjoy their yards or nearby parks because of the hundreds of flights soaring over areas that heard little to no jet noise before an east-west runway opened in October 2013.

Once the expansion of the airport is complete in 2020, Evans said the increased capacity will allow takeoffs and landings to be more evenly divided between the east and west sides of the airport.

The diagonal runway on the east side of the airport will be taken out of service as scheduled Aug. 20, according to the proposal.

In addition, Evans said the next east-west runway will open as expected Oct. 15.

Evans' decision appears to render moot the legislation signed by Gov. Bruce Rauner Thursday allowing the airport to operate 10 runways instead of eight.

There is simply not enough room at O'Hare to operate 10 runways, Evans said.

However, Mulcrone praised Evans' reconsideration of O'Hare's fly quiet program, which the coalition wants be expanded and made mandatory.

That program currently encourages — but does not require — pilots and air traffic controllers to choose to fly over expressways, industrial areas and forest preserves to reduce the noise over residential areas at night.

Federal law prohibits the program from be mandated by airport operators, Evans said.

Rotating the runways used as part of the fly quiet program, if approved by the FAA and allowed by weather conditions, could move the worst of the noise from one neighborhood to another for weeks or days at a time, Evans said.

The proposal to rotate runways is an "ambitious, unprecedented and aggressive" proposal to reduce noise at night that will be a "significant step forward" for residents under the flight path, Evans said.

However, without the diagonal runways the noise will remain concentrated in a narrow band east and west of the airport, Mulcrone said.

Any changes to the fly quiet program also must be approved by the O'Hare Noise Compatibility Commission, which oversees its implementation.

In addition, Evans called for increased soundproofing subsidies for 200 homes west of the airport outside the Chicago city limits and for improved communication with residents via the city's website and social media accounts.