GOLD COAST — Flowers are the only bits of life amid the rubble and industrial ruin of the former A. Finkl & Sons steel plant, where the latest recycling effort has resulted in six beds of lilies replanted near a historic Gold Coast park.

"Though they look shell-shocked from transplantation, the hearty Stella d'oro lilies will live up to their reputation and get established to come back strong next year," assured Amy Lardner, a volunteer communications chairwoman for the Washington Square Park Advisory Council.

After word got out that a Bucktown woman had replanted hostas from the Finkl plant, Lardner and two volunteers reached out to security guards tasked with watching over the demolition along the 23-acre factory site off Cortland Avenue, which has been closed to car traffic since June.

Earlier this month, the same group also rescued flowers from a former bank across from Washington Square Park at 901 N. Clark St. 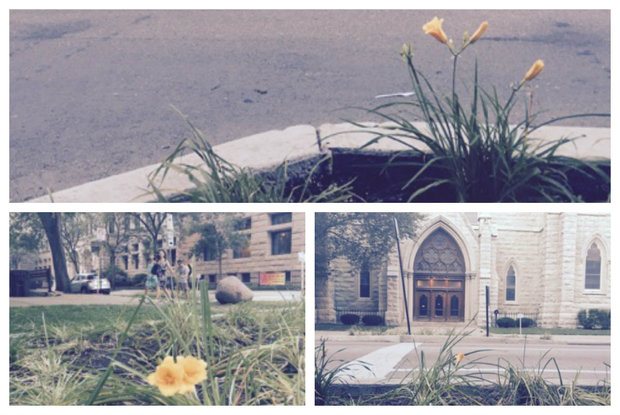 The Finkl plant, which relocated to a South Side location at 1355 E. 93rd St., was long known for its landscaping, employing an in-house crew of five that are now beautifying the new headquarters.

At the former site last Thursday, Trino Camarillo, a retired Chicago Police officer who helps to guard the demolition area, said that he is glad that most of the plants have been rescued and that the remaining ones are still alive.

"The wet summer and plenty of rain helped. Nobody was taking care of them," Camarillo said.

Hydrangeas, a rose bush and several smaller plants are all that's left for the taking.

"'[The demolition] is almost done. It is kind of sad to see it [like this]. In winter time Finkl would do a really nice Christmas light display. People would come from all over the city to see it," Camarillo said, surveying the open field where buildings were leveled.

The site's new owners, AFS Properties LLC, an investment group led by former Finkl president Joe Curci, have told Camarillo that the trees are not available to salvagers but the flowers are open to anyone.

Curci did not respond to inquiries, but in 2008 he wrote an impassioned Letter to the Editor of the Tribune, where he discussed Finkl's commitment to the environment and reforestation.

Launched in 1990 and advertised on a now demolished archway, Finkl's "Forging a Fresher America" campaign resulted in the planting of more than six million trees — long before "carbon footprint" became a household phrase, Curci wrote.

Larder said that now that the flowers are planted, the group is looking into whether they can afford to hire one of the landscaping firms active in the city to add the new plantings to their area water rotation.

"As scraggly as these plants look now, we're pretty amazed to have gotten all beds planted for free or no cost, and happy to have made the effort to save plants," she said, adding that Finkl guards Keith Sullivan and Bob Aberscato "couldn't be more helpful or accommodating."

Earlier this month, Aberscato, a 28-year employee of Finkl and former heavy machine operator who took early retirement instead of transferring to the new South Side plant, brought some plants to a school in the suburbs where his wife works and replanted others at his home.

Aberscato described plants as "a connection to the past." His family's garden also feature greenery from his wife's parents' home in Peoria.

The question of what will be built on the several acres of prime real estate is up in the air. 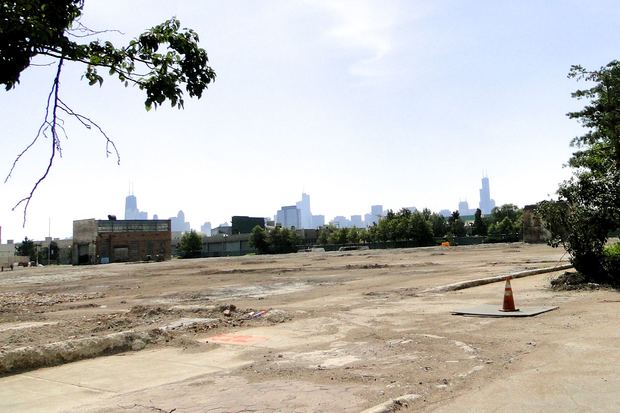 With most buildings leveled, the former A. Finkl site is one big field, with a great skyline view. [Following photos by DNAinfo/Alisa Hauser] 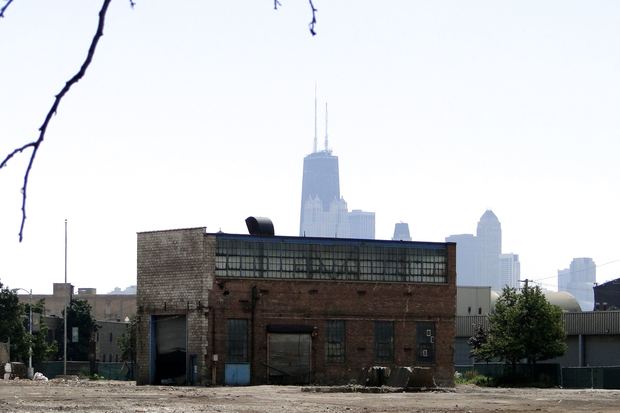 The John Hancock building in the distance. 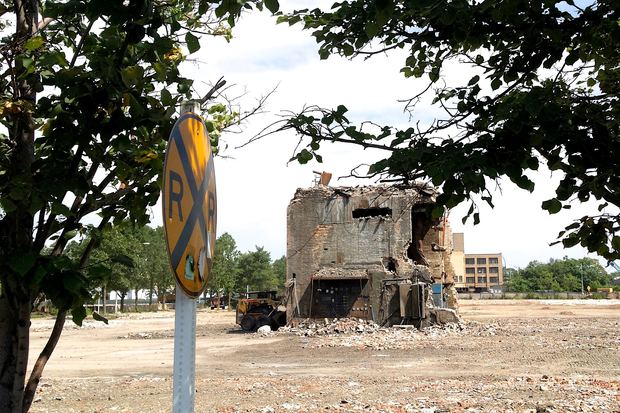 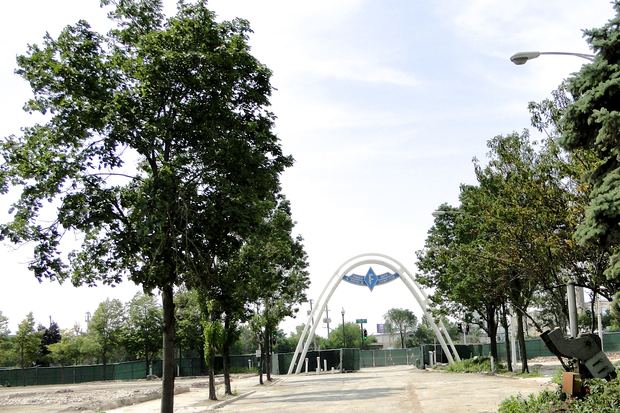 Trees, not offered to salvagers, and the iconic Finkl gate.

Black DePaul Students: We're Fed Up With 'Hate Speech On This Campus'