Eastland Disaster 100 Years Later: What to Know, How to Remember It

CHICAGO — It's been 100 years since a boat turned over in the Chicago River, filling with water and killing more than 800 people.

The Eastland Disaster Historical Society will commemorate the 100th anniversary of that tragedy with events Friday to Sunday. It will honor the 844 people who died when the Eastland sunk on the Chicago River between LaSalle and Clark streets on July 24, 1915.

Here's an explanation of what happened that day, how the disaster has been remembered and how you can honor the lives lost in the accident this weekend. 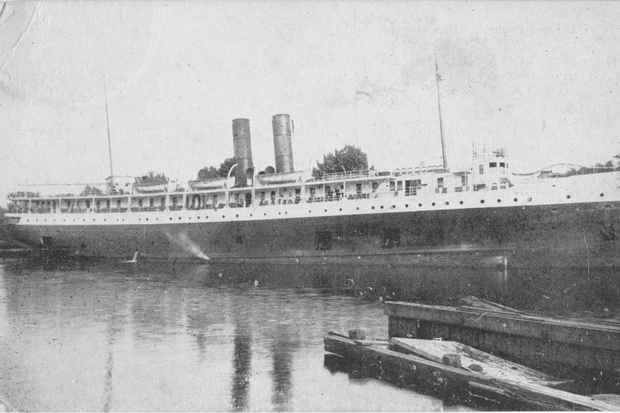 The Eastland before the disaster. [Wikimedia Commons]

The Eastland sank on July 24, 1915, while moored to a dock on the Chicago River with more than 2,500 passengers and crew members aboard, according to the Eastland Disaster Historical Society.

Many passengers went below decks to escape the weather, and those up top rushed to the side. The ship tilted (or "listed"), filled with water and sank to the bottom of the river, killing 844 people, including four crew members.

The passengers were Western Electric employees and their families who were taking the Eastland to a company excursion. Twenty-two families were killed in the disaster. Victims were buried throughout the city.

The Eastland was later recovered and repurposed. The last survivor of the disaster, Marion Eichholz, died in November at 102 years old.

• Twenty-two families were lost in the disaster. 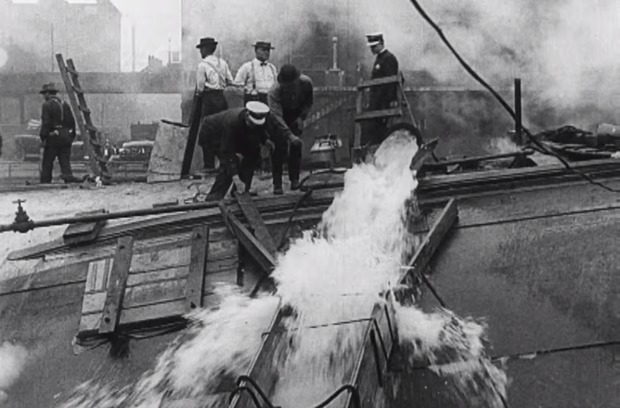 Footage of the aftermath of the Eastland Disaster was discovered earlier this year. [YouTube/British Film Institute]

The Eastland disaster gained attention again earlier this year when footage of the aftermath of the sinking made its way to Chicago.

In February, the Eastland Disaster Historical Society learned of two clips posted to a scholarly European website that showed people looking for survivors and pumping water out of the ship to right it. The emergence of the clips made national news.

"The moving pictures humanize the Disaster, bringing to life Chicago's greatest loss-of-life tragedy for the world to see and experience," the society said in a statement.

Shortly after those clips were rediscovered, a student at Northern Illinois University identified a third video clip as showing footage from the aftermath of the Eastland's sinking. The footage shows people recovering bodies:

One of the clips was cleaned up by the British Film Institute and posted online in late May. See it here:

Ald. Edward Burke (14th) will lead a commemorative ceremony at 10 a.m. at LaSalle Street and the Chicago River.

The Eastland Disaster Historical Society plans to hold a weekend of commemorative events for the 100th anniversary of the disaster.

The full schedule of events is online.

You can also read about the victims of the disaster online, as the historical society has spent months writing short stories about those who died. It finished the last story on Wednesday.

Read stories from DNAinfo about the Eastland Disaster:

• Chicago Marks Its Deadliest Day With Centennial of Eastland Disaster