DOWNTOWN — Morton Neumann told a love story in his labels.

Morton had grown up in a largely black community in Bronzeville in the early 1900s. He’d seen there wasn’t a wide variety of hair care and cosmetic products for black people, historian Tim Samuelson said, and what was there wasn’t of high quality. He wanted to change that.

Morton trained to be a commercial chemist and started Valmor in 1926. His hair care and cosmetic products were sold through catalogs and at shops throughout the city. Establishing Valmor was Morton's first step in crafting the company's legacy.

The second step was marrying Rose. 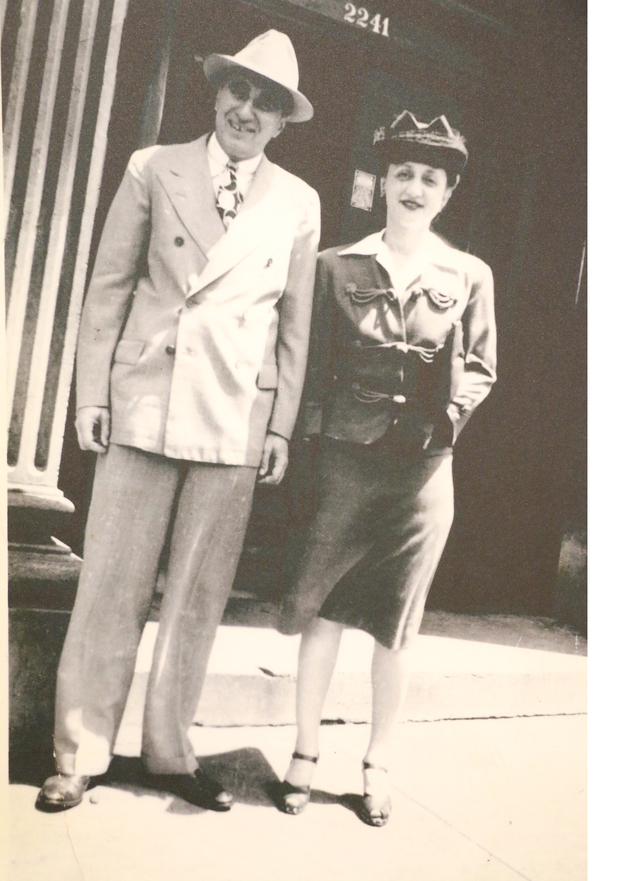 Rose changed things. She was was Morton's business partner until they closed the company in 1984. She was also a muse for Valmor: The company used “normal” labels before Morton and Rose married in 1928, Samuelson said, but after the wedding Valmor products started featuring men and women embracing and luring each other closer.

“The whole theme of love, attraction and desire starts to appear, so I think there’s actually a personal love story behind the imagery on the labels,” said Samuelson, the curator of a Chicago Cultural Center exhibit of Valmor labels and art.

“Follow Me Boy” perfume featured a woman casting a look over her shoulder at a man in pursuit. It caught the eye of then-graphic designer Ted Frankel, better known as Uncle Fun in Lakeview, in the ’70s. He was so enamored with the label's art style that he began working for the Neumanns and collecting Valmor products.

Samuelson was another early fan. He was walking on South State Street in ’68 or ’69 when he came across Valmor incense containers. He bought them and kept them on his desk.

“There is kind of an intangible aspect to these labels that they just have the power to attract,” Samuelson said. “They’re not like typical labels of almost any era, and I don’t think you can really pigeonhole them in.”

The label art has become nationally known and given Valmor, which closed 30 years ago, lasting fame. The art features "human faces drawn in a flat, linear style portraying jet-black hair streaked with reflective patches of white," according to the Cultural Center. It "had a modernist simplicity with unadorned backgrounds of pure color. 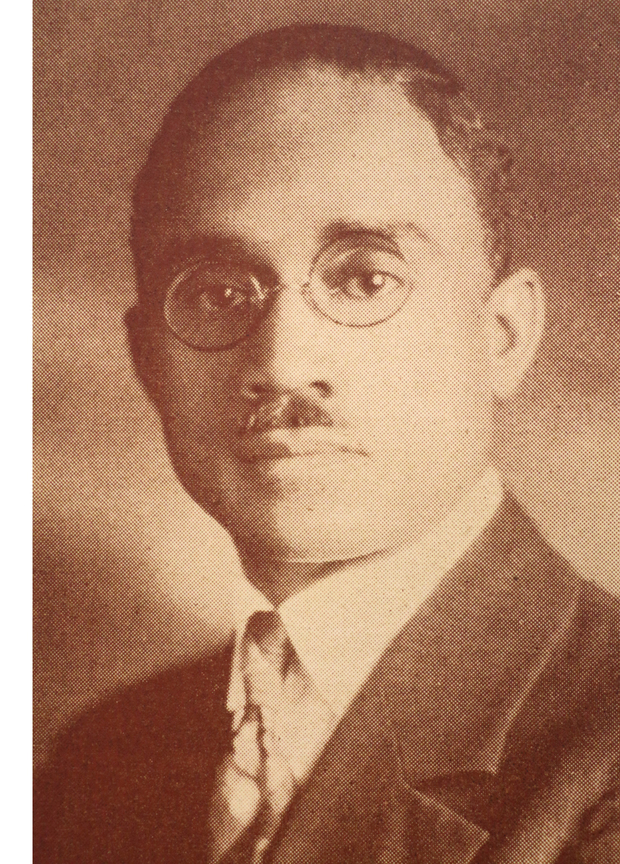 Valmor's labels were first crafted by artist Charles C. Dawson, one of the "primary figures finding the visual character" of the art, Samuelson said.

Dawson was a "strong advocate of Black heritage and pride," according to the Cultural Center, and he sought to avoid misrepresenting people of color in Valmor products.

"Dawson strived to create what he described as 'pleasing Negro types' without exaggerated racial features," according to the Cultural Center. "The figures suggested a mixed-race identity that also reflected the fact that the products were also intended for sale to other ethnic groups."

Later, Valmor would use art from Jay Jackson, Samuelson said. Jackson was a pinup artist and after his hiring "the Valmor labels start being very linear," Samuelson said.

Morton Neumann's business sense was combined with what Frankel, who knew the Neumanns through his work at Valmor, called "that eye" for art, and he amassed one of the largest collections of 20th-century art in the United States. His Picasso prints and drawings were displayed at the National Gallery of Art, and curators have hounded the Neumanns for access to their art.

"He had the business sense and the eye for creativity, and I think because of that he became friends with Picasso and Miró and all the big names," Frankel said.

Kelly Bauer explains how the art went from collection to exhibit:

Facing tough competition by '50s, the Neumanns had to reinvent the look of Valmor, Samuelson said. They cut and pasted together graphics for their art, Samuelson said, "but you could still see the flashes of the sense of color and composition in them." They moved their factory around, but always stayed around Bronzeville, Samuelson said.

The labels themselves were tiny: The originals are so small that you can take all of the ones displayed at the Cultural Center and hold them in the palm of your hand.

"Having the giant gallery [the Cultural Center has] ... if you tried to put the originals in there it would look like fly specks on the wall," Samuelson said. "But the color and the imagery was so strong, and there are new technologies that can actually take a tiny label and scan it and enlarge it ... that was a large part of the show." 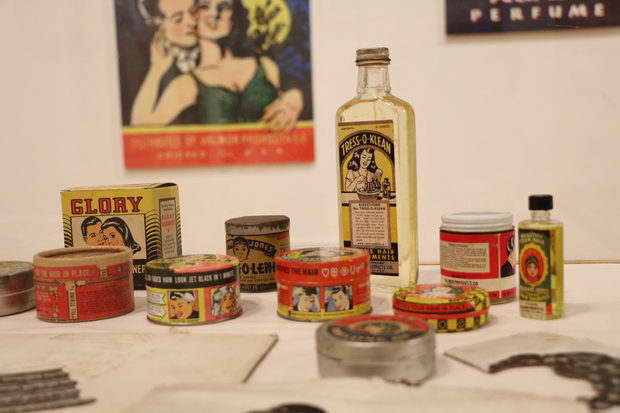 The Cultural Center's Valmor exhibit — dubbed "Love For Sale: the Graphic Art of Valmor Products" — is 50 years in the making.

Samuelson, "Love For Sale's" curator, fell in love with Valmor's art in the late '60s during that visit to South State Street. He tried to find out more about Valmor and the people who owned it, but he said it was a "casual" interest and information was slow coming.

Samuelson kept his Valmor tins on his desk, unaware the company was still in business. At the same time, he worked for an architect who counted the Neumanns among his clients. Samuelson spoke to them on the phone, "but I never put two and two together," he said.

Eventually, Valmor closed and Morton and Rose Neumann died. Frankel, who had done graphic artist work for the company after finding their art in the '70s, bought as many Valmor products as he could.

Morton Neumann was a "wonderful, eccentric guy, who was really down to Earth," Frankel said, and the labels were "really well designed and the colors were great, and ... they were funny and eye-catching.

Decades later, Samuelson, now wishing to put together an art exhibit, sought out Frankel. At the time, Frankel was preparing to move to Baltimore, so Samuelson collected Frankel's Valmor paraphernalia.

In April, the Cultural Center, 78 E. Washington St., unveiled "Love for Sale." It features blown-up displays of Valmor's labels and catalogs, products and information about the Neumanns and Valmor's artists. 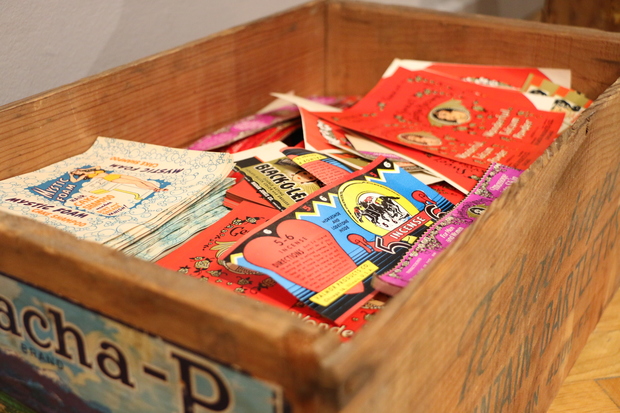 There will be a symposium centered around the exhibit July 24-25, with panels on the social meaning and style of Black hairdressing and beauty and on the depictions of race "from Valmor to now."

The exhibit will end its stay at the Cultural Center in August. Samuelson said people are looking at ways to make "Love for Sale" an internationally traveling exhibition.

"I think a fundamental aspect of what makes a lot of these labels appealing is just the very matter-of-factness of the basic feelings of love, attraction and desire," Samuelson said, "and that's really the power and the magic of them."