HUMBOLDT PARK —  Beginning Monday, a popular attraction on the western end of the 2.7-mile long Bloomingdale Trail will be closed for about two weeks as masonry workers and landscapers enhance the trail's circular lookout, or observatory.

Initially covered with temporary sod for The 606's opening day, the observatory has been bare for the past month, though the circular structure is scheduled to be replanted with spring bulbs and grasses.

Also, "narrow-gage steps" will be added, to allow children to have quicker access to the top if they do not wish to use the ramps, officials from The Trust for Public Land, the private partner tapped by the Chicago Park District to oversee the project, said on Thursday. 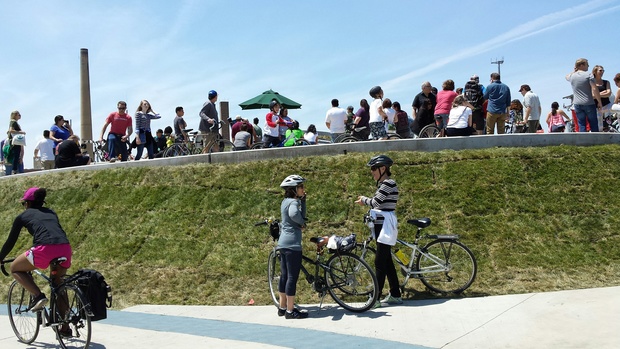 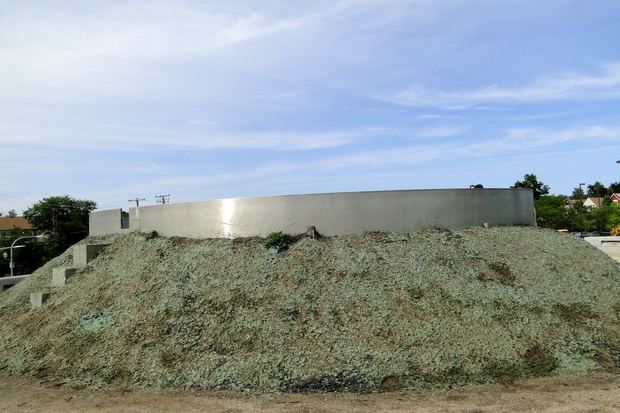 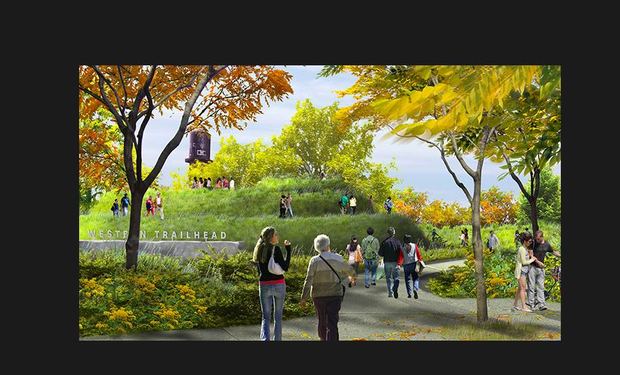 A rendering of the Western Trailhead Observatory [The 606.org]

The western trailhead is next to the McCormick Tribune YMCA at 1834 N. Lawndale Ave. in Humboldt Park.

The temporary closures are for the stone delivery and placement of the solstice elements in the mainline path, officials said. Stone inlays will spell out the words "solstice" and "equinox," referring to the days of the year when seasons begin and days get longer or shorter.

The circular path that leads up to the top of the observatory will be completely closed during the renovation, as that is where the bulk of the work will take place and where the workers will keep most of their construction materials and tools.

The masons estimate two weeks, but it may take a bit shorter or longer depending on the weather.

The main path around the observatory will be open 95 percent of the estimated two-week closure, but there may be shorter term closures of the path for placement of the stone pavers and similar work, but workers will try to minimize impact to the main path.

Read more construction updates on The 606's "News for Neighbors."

Our Q&A guide and map shows visitors where to find Divvy stations and CTA stops, as well as dozens of food and drink options nearby.

Check out a Vine and photos snapped along the Bloomingdale Trail on Wednesday: 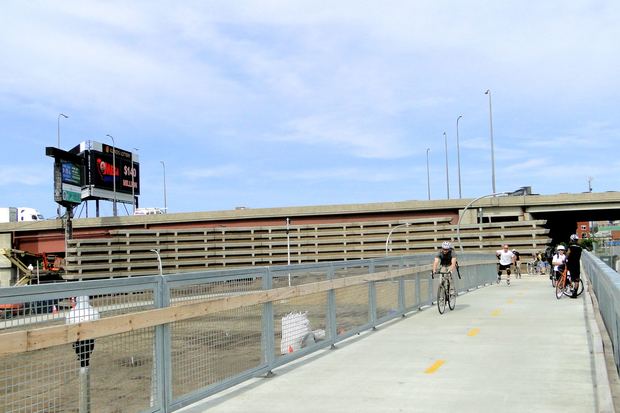 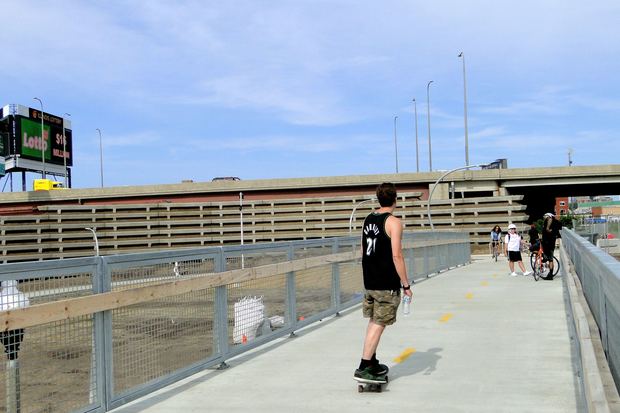 A skateboarder on the trail's eastern end near Walsh Park. 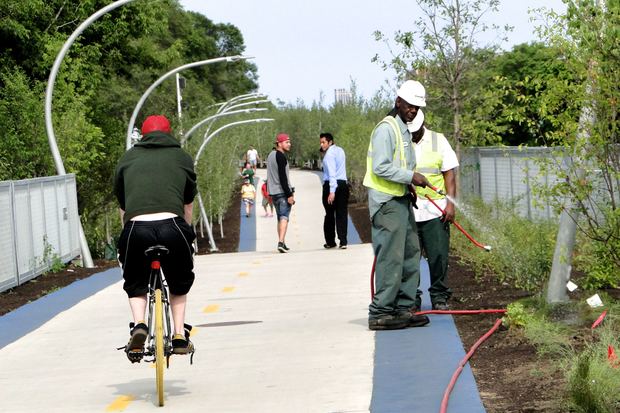