By Kyla Gardner |&nbspJuly 14, 2015 2:21pm | Updated on July 17, 2015 10:12am
@gardnerkyla
Twitter Facebook Email More
Molly, a peregrine falcon, was at the Field Museum Tuesday for the announcement that the species has been removed from the Illinois Threatened and Endangered Species list.
View Full Caption
DNAinfo/Kyla Gardner

SOUTH LOOP — Among hundreds of dead and stuffed birds, alive and animated Molly, a peregrine falcon, hopped and flapped her wings in the Field Museum's Hall of Birds on Tuesday.

The "guest Peregrine" was there in celebration of the big announcement: After decades of breeding and monitoring, her species is no longer listed on the Illinois Threatened and Endangered Species list.

"Thirty years for recovery is a very short time period," said Mary Hennen, director of the Chicago Peregrine Program at the Field Museum.

The last successful nest from an Illinois peregrine pair was recorded in 1951 before the species' rapid decline.

Just two decades later, they couldn't be found breeding in the Midwest or Eastern United States, and numbers shrank worldwide.

It got worse — they were federally recognized as endangered in 1973.

But 1972 brought a turning point: The use of DDT was banned. The agrochemical had caused shells to thin, preventing baby falcons from forming. 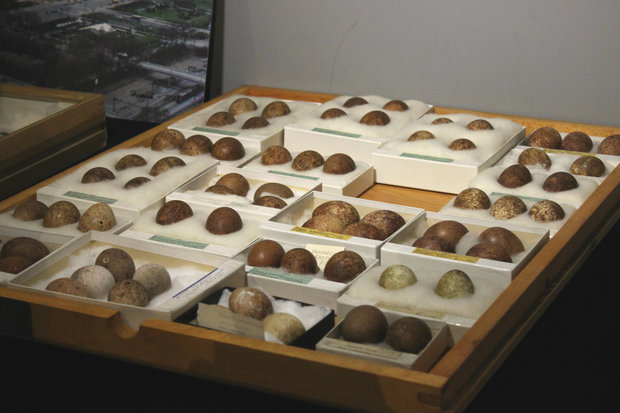 Peregrine egg shells thinned due to use of chemical DDT in farming. [DNAinfo/Kyla Gardner]

It wasn't until 1986 that the birds could be found again in Illinois, and 46 pairs were released in the next four years.

The Chicago Peregrine Program monitors the Illinois population and places ID tags on the birds.

In addition to the DDT ban, their recovery can be attributed to their adaption to cities, and their protected status as an endangered and threatened bird, Hennen said.

Though removed from the Illinois endangered list, they are still protected under the Migratory Bird Treaty Act. 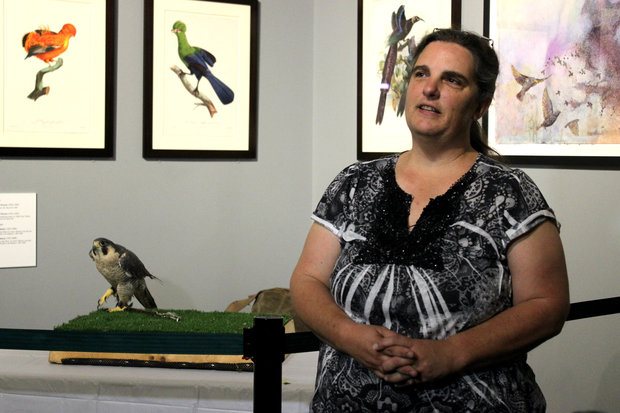 Mary Hennen announces the removal of peregrine falcons from the Illinois endangered species list while Molly eyes a gaggle of reporters at the Field Museum Tuesday. [DNAinfo/Kyla Gardner]

Hennen said she was "very, very pleased and privileged" to announce Tuesday they'd been removed from the Illinois list.

The raptor species is the fastest-flying bird in the world, as they can dive at 200 miles per hour, eating birds they capture in mid-flight.

They can be found in many places around Chicago and have returned to historic downstate cliffs, Hennen said.

The raptors have been spotted nesting on a balcony in Lakeview, at the University of Illinois at Chicago, at water-intake islands two miles out in Lake Michigan, and even attacking a great horned owl off the Rogers Park lakefront.

The Chicago Peregrine Program monitors 29 peregrine territories, and in 2015, 20 pairs attempted breeding, and 15 were successful, according to the group.

"And that's not even a true number for our population because there are sites that aren't accessible," Hennen said. 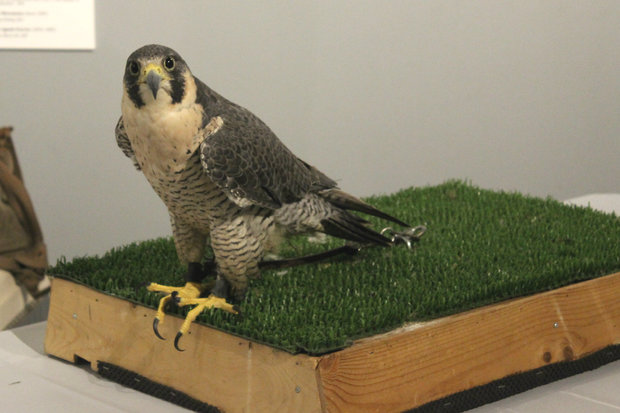 Eight-year-old Molly belongs to Hennen, and works as an ambassador bird due to a disability that prevents her from living in the wild.

Molly was raised by humans, and never learned to hunt on her own.

"Right when she should have been learning what to hunt and where to hunt it, she was been fed by people," Hennen said. "So her disability is not a physical one, it's a mental one."

Though the announcement Tuesday marked a big step for the species, the Chicago Peregrine Program's work is not done.

"The Chicago Peregrine Program here at the Field Museum will continue to monitor the population and be the ambassador for the peregrines to the public," Hennen said. 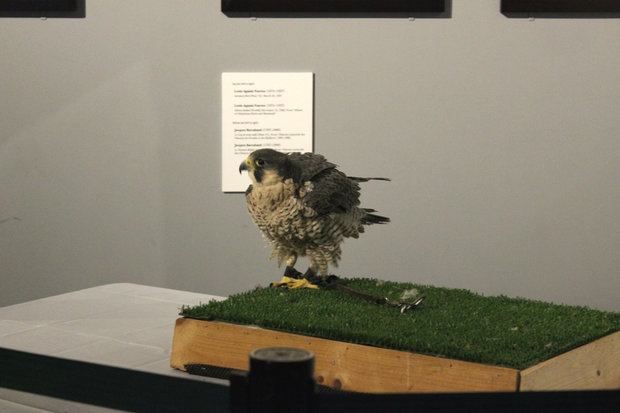 Bulls Players Rockin' Headbands As Ban Appears To Be Over