RIVER NORTH — The three skyscrapers planned for Wolf Point have a new look.

New renderings of the $1 billion megaproject at the confluence of the Chicago River were released last week on the development's website. 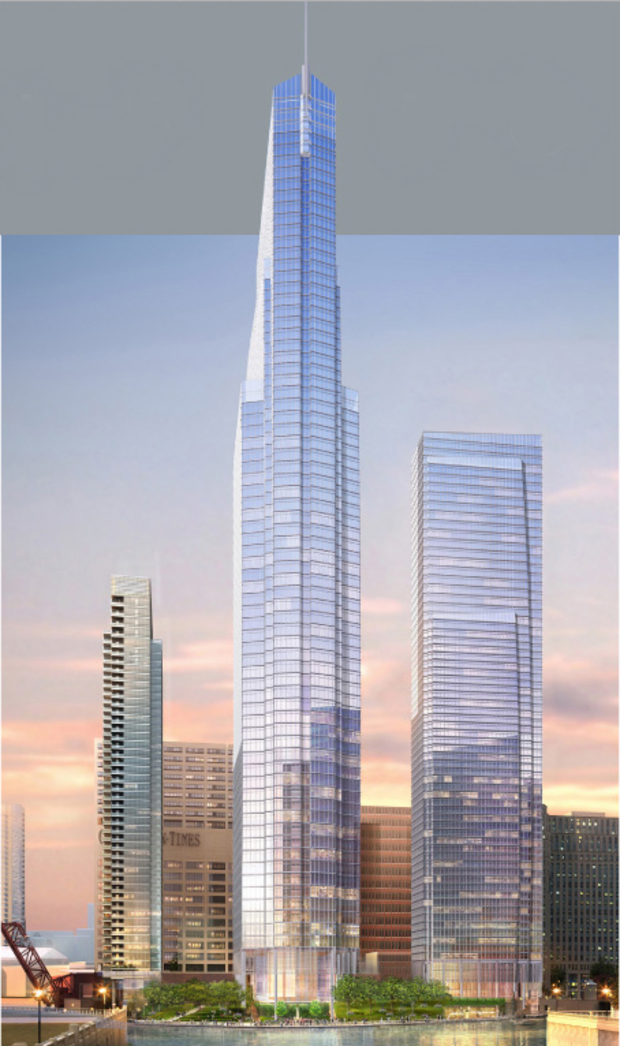 Grace Van Moer, a management assistant in the Chicago office of Wolf Point developer Hines Interests, said the new drawings by architects Pelli Clarke Pelli and bKL reflect a "more refined, rather than changed" development. The scope of the project, which received city approval in 2013, remains the same and its first phase, a 500-unit apartment tower on the west end of the site, is still scheduled to open next year.

When finished, the three towers will include 450 hotel rooms and more than 1,400 residential units. The tallest tower, on the south end of the site, would rise about 950 feet and is now shown with a spire in the new rendering. Van Moer deferred questions about design changes to Janet Yoder of New Haven, Conn.-based Pelli Clarke Pelli, who was out of the office Tuesday.

For comparison's sake, here's how the three towers were first imagined back in 2012. 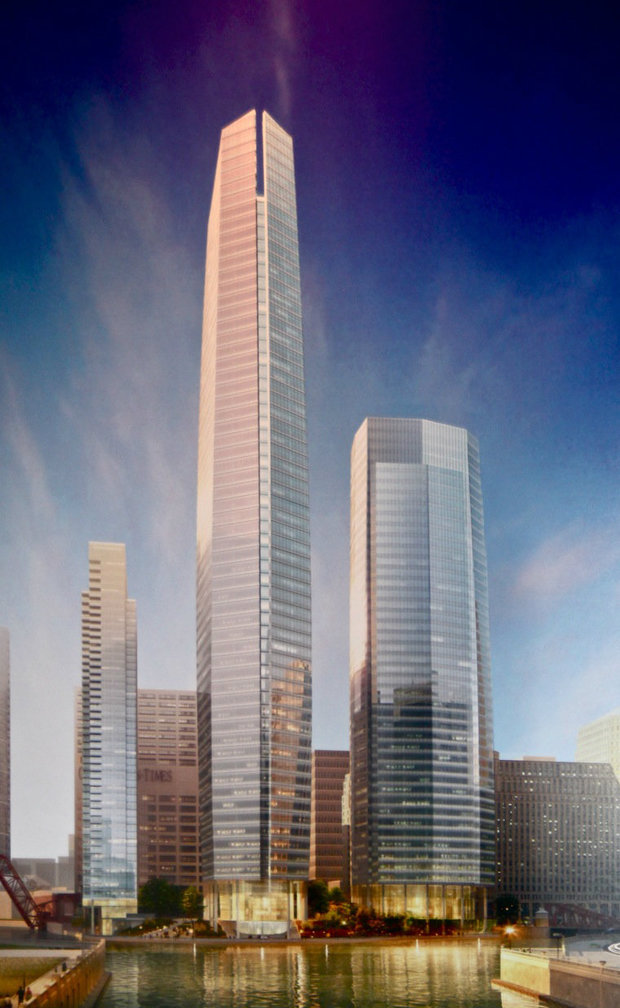 [Courtesy of Friends of Wolf Point]