CHICAGO — The city's most isolated spots are uninhabited by humans — but birds, like the peregrine falcon, make themselves at home there.

The raptors have been breeding and nesting on Chicago's "cribs," the four, man-made water-intake islands 2 miles out in Lake Michigan.

Of the 20 confirmed peregrine falcon breeding pairs in and around Chicago in 2015, two were located on the cribs, according to Field Museum collections assistant Mary Hennen, who's also director of the Chicago Peregrine Program. One pair of peregrines, at the crib east of Wilson Avenue, hatched three chicks. Another breeding pair at the crib east of 68th Street hatched two chicks, Hennen said.

Hennen this month said there's "no reason to think they won't nest again at the Wilson Avenue and 68th Street cribs." 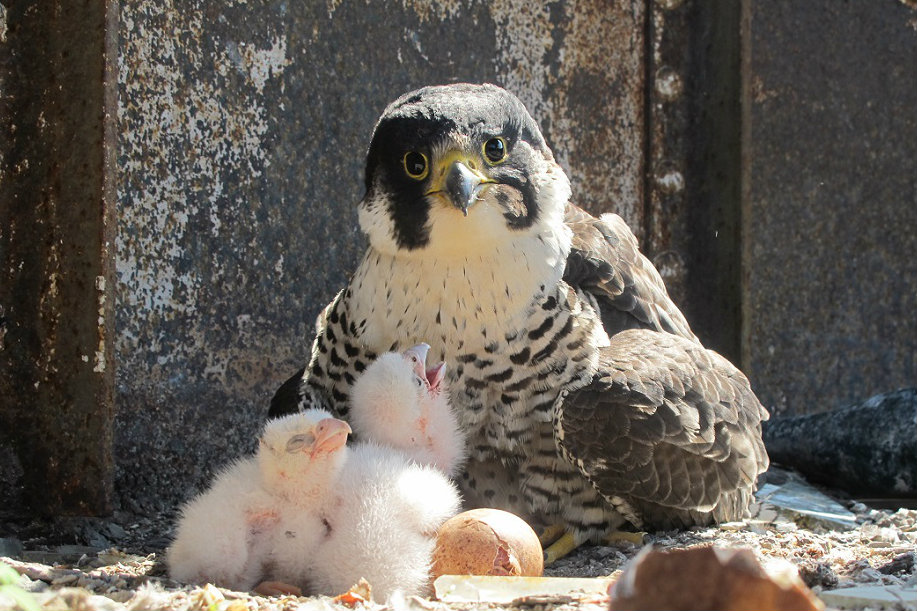 The crib nests are monitored by Virgil Silva, coordinator of tugboat operations for the city's Water Department, Hennen said.

It's the second year Hennen's team has been able to keep track of the peregrines at the cribs. Last year, they banded birds at the Wilson crib, and last May, they did the same at the 68th Street crib.

"The cribs are definitely cool. We've been lucky to document, for the second year, breeding at the cribs," Hennen said. 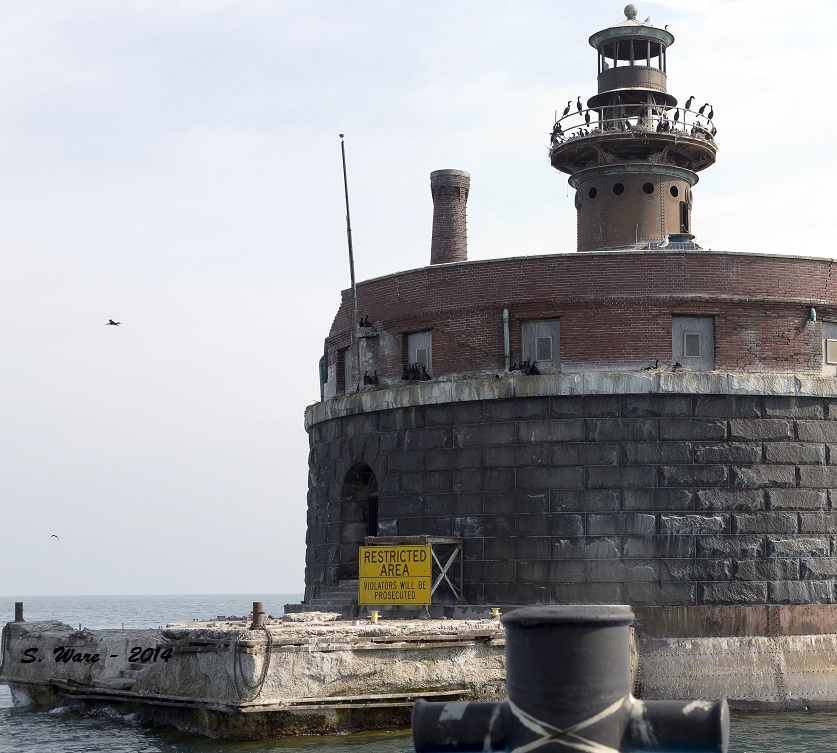 Chicago's four cribs are uninhabited, but home to birds, including the peregrine falcon. [Stephanie Ware]

The cribs, which supply Chicago and the suburbs with water, date to 1867. They have been unmanned for decades. The city put the cribs 2 miles out into the lake to avoid the pollution surrounding the shoreline during the 19th century. Water is sucked in and flows through pipes to reach the filtration plant.

Peregrines prefer cliff dwellings, but they've settled into cities, including Chicago. Earlier last year, a pair of peregrines was documented living on a 28th-floor Lakeview apartment balcony. Several peregrines also have been spotted Downtown, with other sightings in Hyde Park, the East Side neighborhood, McKinley Park, West Pullman, Uptown and suburban Evanston and LaGrange, according to a Chicago Peregrine Program Google map.

The peregrine breeding season is nearing an end, Hennen said, with the last of the fledglings leaving their nests. 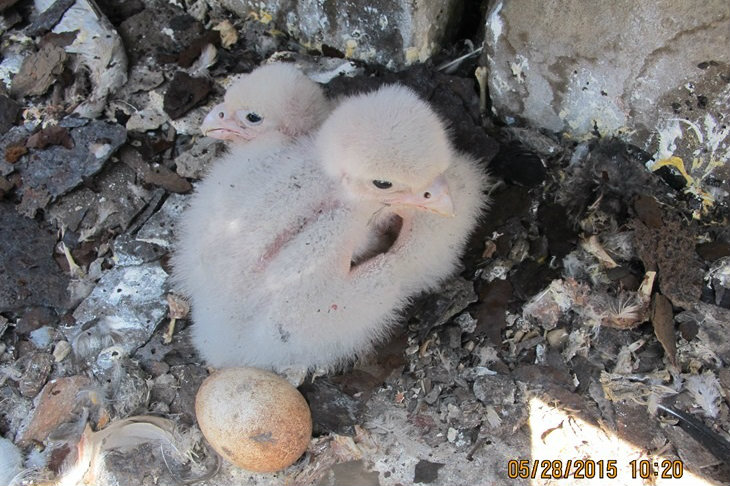 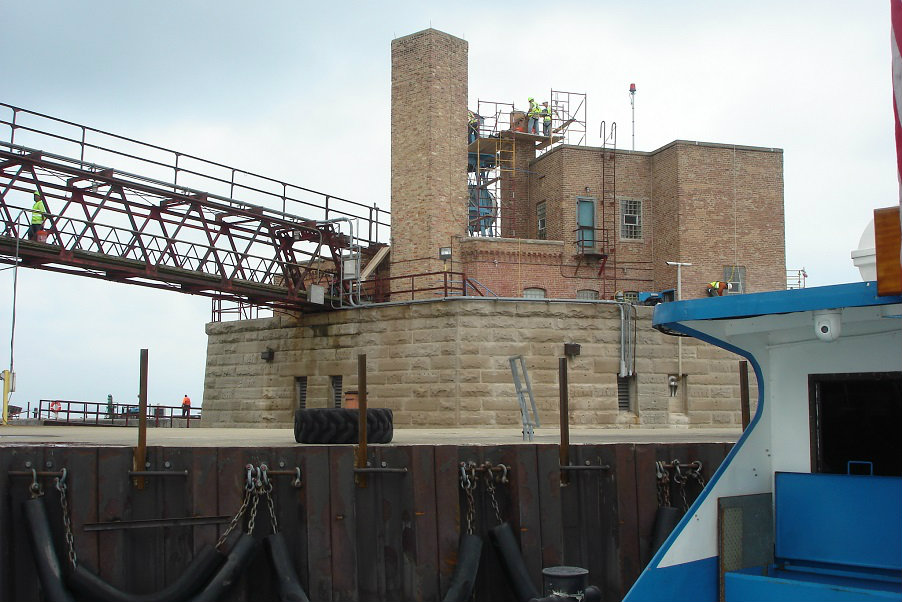 One of Chicago's four cribs, which are uninhabited by humans. [Mary Hennen] 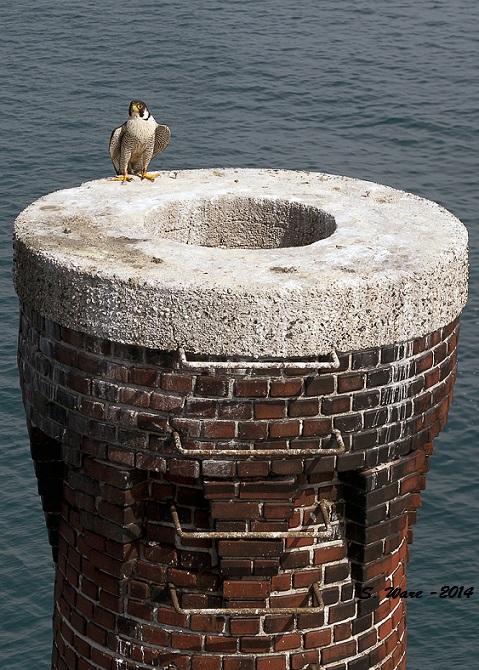 A peregrine falcon perched on one of Chicago's four cribs. [Stephanie Ware]