CHICAGO — A dozen years ago, then-TV reporter Andy Shaw and his wife, Mary, tended to a cozy bed-and-breakfast on quiet Deming Street in posh Lincoln Park.

The Windy City Urban Inn paid tribute to the city’s literary scene — each room decorated to honor a great writer: Mike Royko, Nelson Algren and Saul Bellow among them.

And outside, the Shaws hung a rare city banner — a five-star Chicago flag.

Back during my days in the City Hall press corps, Shaw told me the story of his Chicago flag with the extra star that his wife picked up at an estate sale.

Anyone who's seen a hipster’s Chicago flag tattoo knows our city's flag has only four six-point stars — one each for Ft. Dearborn, the Great Chicago Fire, World’s Columbian Exposition of 1893 and the Century of Progress exposition in 1933-34.

So, the five-star Chicago flag was a powerful conversation starter at Shaw's inn, even though he couldn't tell them exactly what the extra star symbolized because technically it isn't supposed to exist.

Ever since then, I casually searched for the Chicago flag that never was.

Last week, I found one — and the story that goes with it.

But before we get to that, let’s make one thing perfectly clear — Chicago has the greatest city flag in America.

But what do a bunch of vexillologists know about what’s cool?

One could argue the best way to measure a flag's style and popularity is by how often people get one tattooed on their skin. I'd be willing to bet Chicago flag tattoos outnumber Washington, D.C., flag tattoos 3-to-1, at least.

There’s simply no denying the simplistic beauty of the Chicago flag — a white base divided into thirds symbolizing the North, West and South sides of town. The two dividing blue bars represent Lake Michigan and both branches of the Chicago River. And each of the six points of the four stars has its own significance.**

Originally, Chicago’s flag — designed by journalist, author and poet Wallace Rice in 1917 — only had two stars. The additional two stars — one each for Chicago’s world’s fairs — were an afterthought, according to the Tribune.

And for generations since there’s been a lot of talk — yet no action — about adding that fifth star.

In 1961, the late Mayor Richard J. Daley said he planned to explore an idea floated by the Tribune to add a star to the city’s flag symbolizing the start of the atomic age with the first nuclear reaction that occurred beneath the University of Chicago's football stadium in 1942.

In 1976, Chicago journalism hall of famer Kenan Heise offered up 10 moments in city history worthy of a fifth star as a way to make our flag “grander,” including opening Chicago’s first public school in 1835, completion of the Illinois and Michigan Canal and Chicago’s first railroad in 1848, the 1860 presidential nomination of Abraham Lincoln, reversing the Chicago River’s flow in 1900, sending Al Capone to prison in 1931.

People who know about things will tell you there was a push to add a fifth star honoring Chicago’s first black mayor, the late Harold Washington.

And there was a whole lot of jabbering about adding another six-pointer to the flag if the city won the chance to host the 2016 Summer Olympics, a pipe dream that failed miserably.

But not one of those events — or newspaper suggestions — inspired anyone to actually design and stitch up a five-star Chicago flag.

Legend has it that didn’t happen until Chicago suffered a truly monumental loss — the death of the Boss, Mayor Richard J. Daley, in 1976.

A year or so after the mayor’s death, chatter in clout-heavy City Hall circles suggested that a “Daley star” honoring then the city’s longest-serving mayor was a sure bet, the story goes.

When a South Side flag maker with clout, the late William George Newbould, got word the city’s flag was in for a big-time makeover, he didn’t waste a second, his family said.

“My grandfather thought it was a great concept, and we loved Daley,” said Carl Porter II, who took over WGN Flag and Decorating, the century-old family business in South Chicago that’s now run by his son.

“Grandpa always had an angle, and the stories to go with it. He was always for Chicago. And at the time was the only game in town as far as flag dealers go, always had his hat in the ring before anyone else. So, he got the jump on it.” 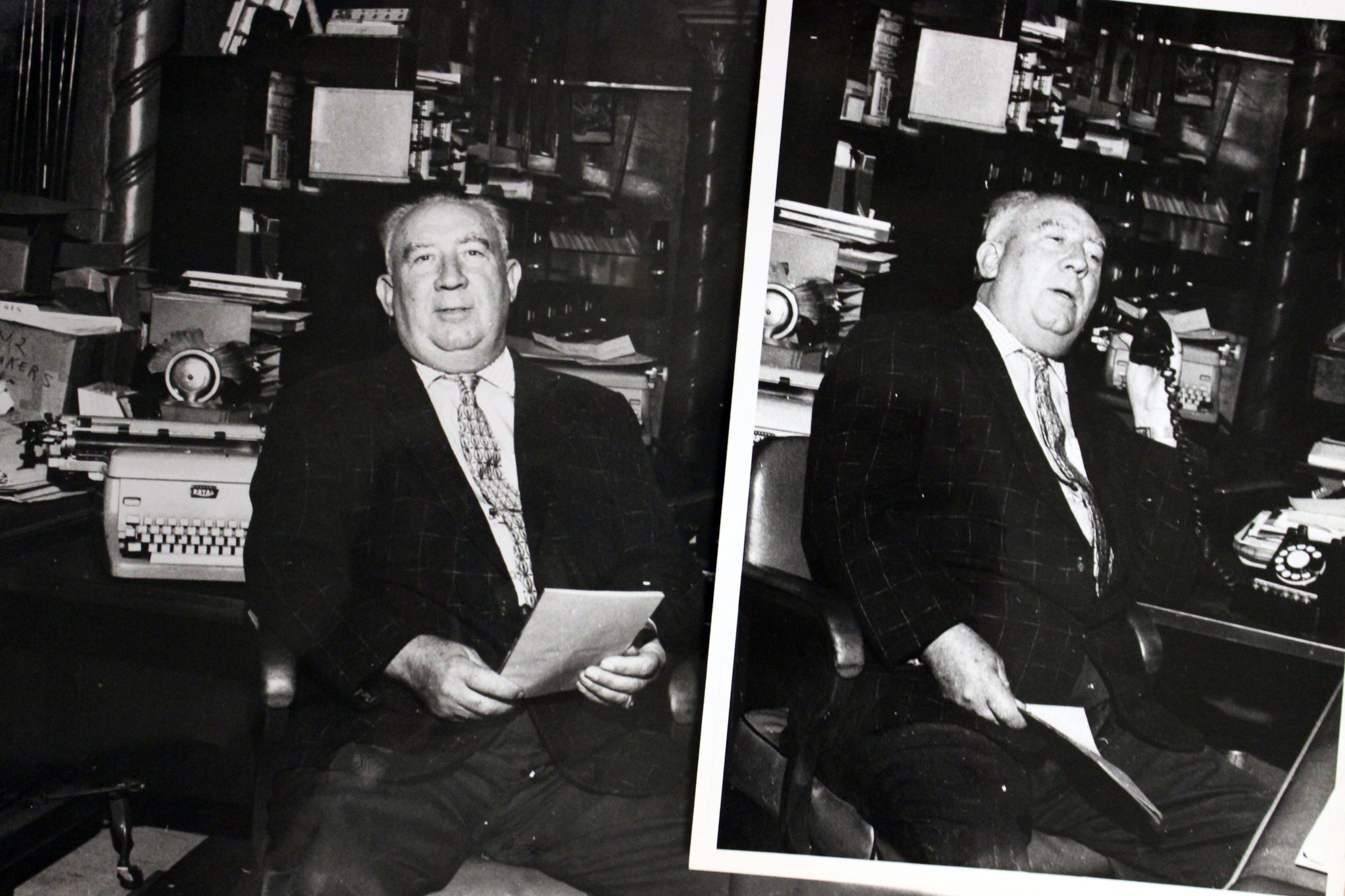 Newbould redesigned the Chicago flag — changing the stars' spacing to make room for a fifth — and ordered up a gross so he’d have them on hand as soon as the City Council rubber-stamped the proposal, Porter said.

“Well, he jumped the gun on that one,” Porter said.

“As it turned out, certain people weren’t exactly happy with the mayor and pulled the plug on it.”

So, Newbould got stuck with 144 five-star Chicago flags of various sizes that he couldn’t sell — and nobody wanted to buy — because they looked like misprints.

Most of those flags got packed away and stored in the warehouse for nearly 30 years, until the Son of the Boss — former Mayor Richard M. Daley — made his failed pitch for Chicago to host the 2016 Olympics.

That’s when the city’s Olympic application teamed up with WGN Flag’s fourth-generation owner, Carl “Gus” Porter III, who was angling to get the flag contract if the city scored the Summer Olympics.

When Ald. Ed Burke (14th) proposed adding a star to the flag — a pitch that Burke says had City Council support — the folks in charge of the city’s Olympic bid that Gus Porter was courting said they wanted a five-star Chicago flag prototype to show off to the international committee.

“I told them about the flags we had, and that I had a couple dozen left,” Gus Porter said. “When the people on the Olympic committee came to visit Chicago, they got five-star flags as gifts.” 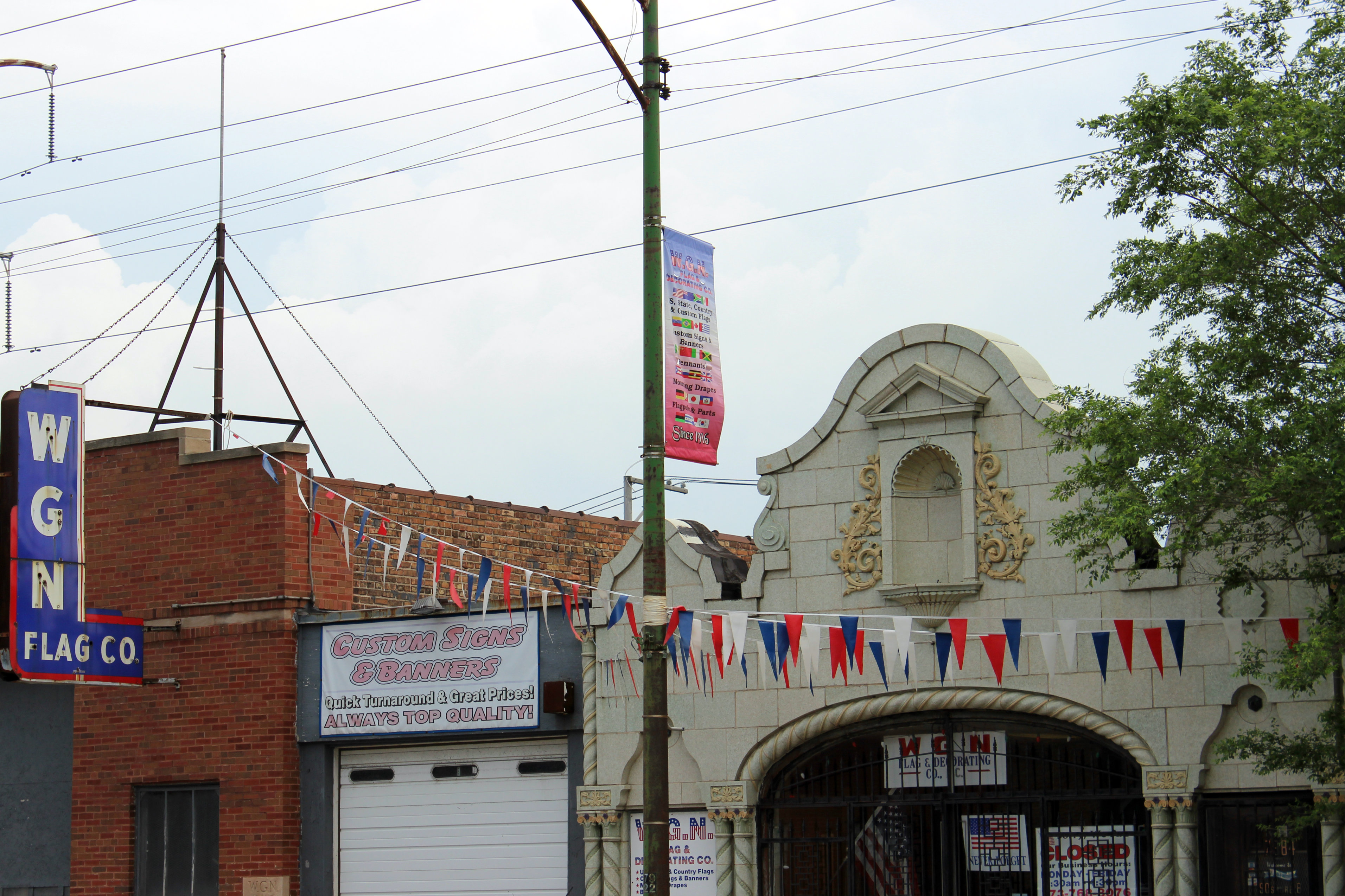 In that moment, Gus Porter brought a fulfilling end to my decadelong search for a five-star Chicago flag with a simple phrase, “I’ve still got a handful left.”

Back in the warehouse, he pulled from a shelf a short stack of boxes, aged by time and mildew, opened one and unfurled the rare banner — the Chicago flag that never was — in all its five-star glory.

When I called Shaw to tell him the good news — and share the tale of how his own five-star Chicago flag probably came into existence — he told me it had been quite some time since he last saw the flag that inspired my search to find one just like it.

After Shaw and his wife closed up Windy City Urban Inn, sold the building and moved Downtown, they didn’t have room to store all the Chicago-themed stuff that decorated the place — including the dirty and tattered flag that had sparked so many conversations — and donated the lot to the Salvation Army.

That rare Chicago flag marked with the fifth star city leaders never embraced just wasn’t of much use to them anymore.

Still, its story lives on.

** The meanings of each point on the four stars on the Chicago flag.