Millennium Park Movie Night Opens With 'A Couple Hiccups,' But Show Goes On

By David Matthews |&nbspJune 24, 2015 11:48am
@DavidLMatthews
Twitter Facebook Email More
Half of Pritzker Pavilion's movie screen was blacked out for about 10 minutes during Tuesday's movies in the park kickoff. Later, the audio temporarily went out.
View Full Caption
Facebook / Brad Whitlock

MILLENNIUM PARK — The Millennium Park Summer Movie Series got off to a bumpy start Tuesday.

Those who saw "Back to the Future" on Tuesday at Pritzker Pavilion said half the venue's movie screen went blank 10 minutes into the screening. The movie kept playing on half the screen before the issue was fixed, but then about 45 minutes later the venue's audio went out, requiring the park to pause the movie for about five minutes.

"They had some kinks to work out for the first movie of the year," said Loop resident Brad Whitlock, 27, who attended the screening. "Just a couple hiccups." 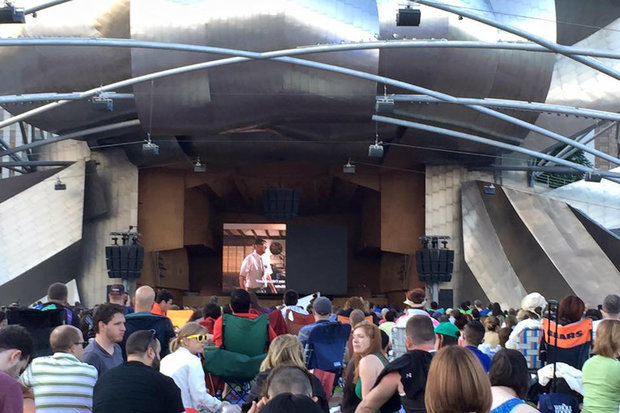 "Back to the Future" was Millennium Park's first movie of the summer, which was shown on a relatively new LED screen the park bought two years ago for $550,000. Tuesday's A/V issues have been resolved, a spokeswoman for the city's Department of Cultural Affairs and Special Events (DCASE) said.

"[The screen is] assembled and put in place literally minutes before showtime. And despite its state of the art capabilities, it's like all great performers ... occasionally temperamental," the spokeswoman, Rebecca Smith, said in an e-mail.

Given Tuesday's weather, most of the moviegoers didn't seem to mind the hiccups, using the break to take in the Downtown scenery or use a restroom, Whitlock said.

"Everybody was lounging around. If that was the first time you saw ["Back to the Future"] you had 30 years to see the movie," he said. "Not a lot of people left or got angry."

The issues also won't prevent Whitlock from returning next week.

"'Apollo 13' is next Tuesday and I already got plans with friends to come down," he said.