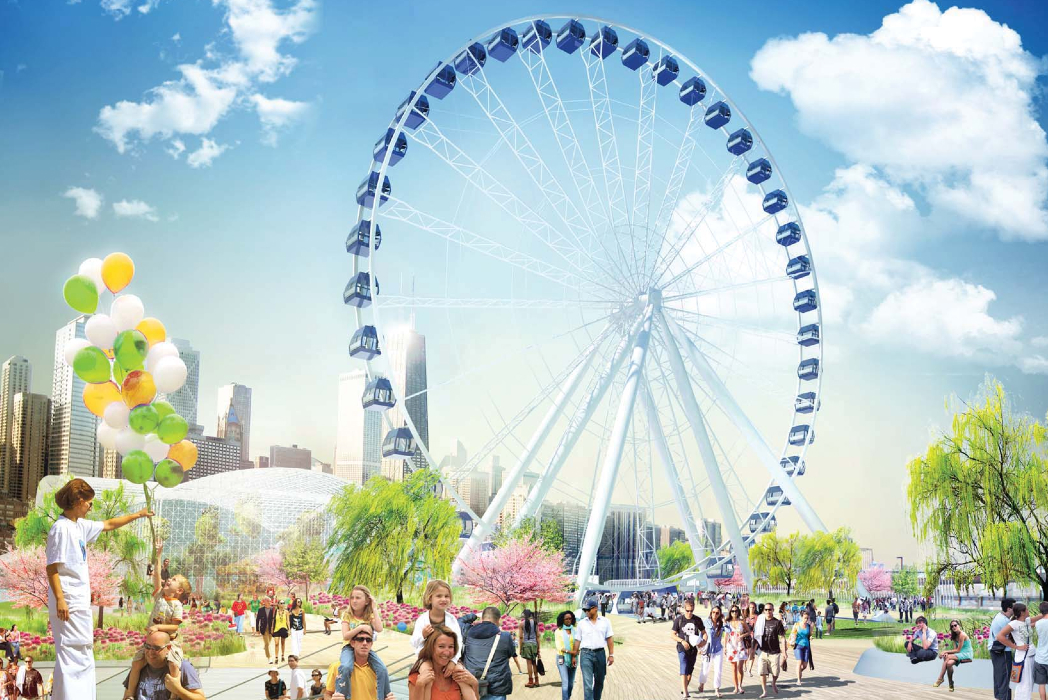 STREETERVILLE — Navy Pier is getting a big present for its 100th birthday: a new Ferris wheel.

Mayor Rahm Emanuel's press office announced late Monday that the state's largest tourist attraction will get a new, bigger spinning icon in time for its centennial celebration next year.

The new, 200-foot-tall wheel will rise 50 feet higher than the pier's existing Ferris wheel, fit 180 more passengers per ride, and include climate-controlled gondolas. A formal announcement from Emanuel is expected Tuesday. 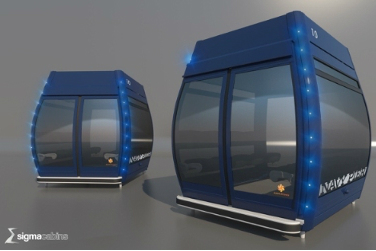 The new wheel would be the highest-profile change yet for Navy Pier, which is spending nearly $300 million to reinvent itself into a more upscale destination that attracts more visitors. Other plans underway include adding new restaurants, a boutique hotel, and perhaps less stringent drinking rules.

Inspired by the first-ever Ferris wheel that debuted at the 1893 World's Columbian Exposition in Chicago, Navy Pier's Ferris wheel opened in 1995 and remains perhaps the pier's most recognizable attraction. More than 63,000 people ride the Ferris wheel every month, and more than 10 million visitors have used it in total, according to Navy Pier's website.

Navy Pier said the new Ferris wheel will be able to hold up to 414 people per ride, and will contain individual seats instead of the current wheel's benches. The gondolas will also include interactive video screens, and at 992,080 pounds, the new wheel will weigh nearly double that of the existing wheel. Vlodrop, Netherlands-based Dutch Wheels is the designer and manufacturer of the new wheel.

The existing Ferris wheel was cleaned last year after making a cameo in the film "Divergent." A mayoral spokeswoman said acquiring the new wheel will be "privately financed" with "no public money used toward its purchase." 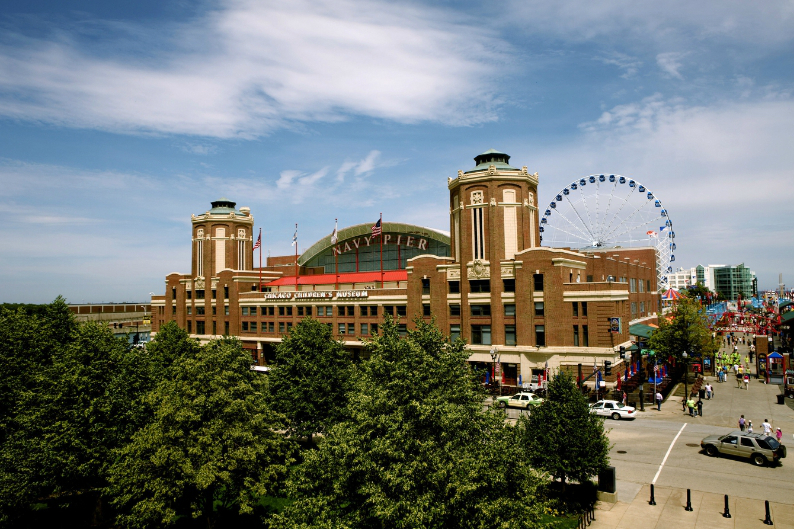