Dew Tour officials were keeping busy Friday in and near the new skate park at the southern end of Grant Park in advance of the skate and BMX competition, which will air live on NBC starting at 1:30 p.m. Saturday. 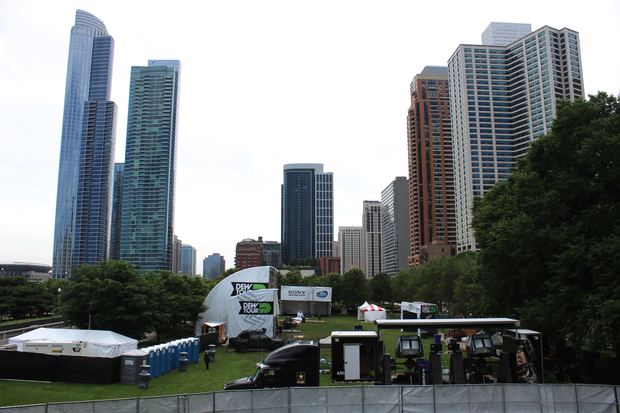 A Dew Tour stage area set up Friday, as seen from Logan Monument. [All photos by DNAinfo/David Matthews]

This weekend will mark the first time since 2010 that the tour stopped in Chicago, and the first that Chicago will host its "streetstyle" competition.

"Chicago has fantastic sports fans, and after five years NBC is excited to bring action sports back to this city," Chris Stiepock, Vice President and General Manager of the Dew Tour, NBC Sports, said in a statement. "We are back because we enjoy a great relationship with NBC Chicago here, and with a few additions we are able to make the beautiful new Skate Plaza in Grant Park a challenging competition course for skateboarders and BMX riders that will make for great live television on NBC this weekend."

It's also the first major event for the skate park, which opened in December and stands to gain $125,000 in "beautification" funds from the tour, Grant Park Conservancy President Bob O'Neill said.

"We have to make sure the park is left in better shape than they found it," O'Neill said. "That's the only reason we pushed [bringing the tour here]. This is an opportunity to showcase the new skate park nationally." 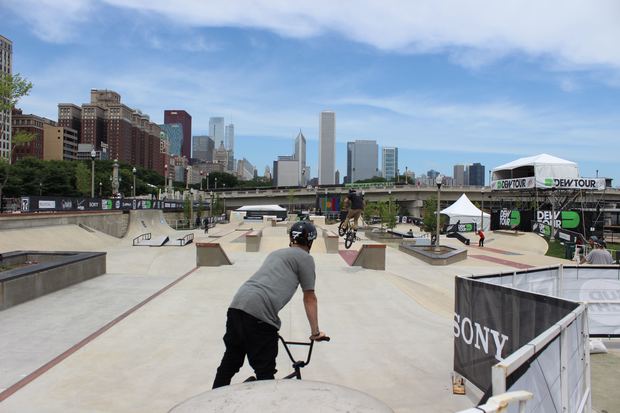 The event will be free and open to the public, and the second day of the competition, Sunday, falls on international Go Skateboarding Day. Many skaters and BMX riders were trying out the skate park Friday afternoon, including Alex Prus of Schaumburg.

Prus, 17, said he "definitely" plans on watching the tour Saturday to watch his favorite BMX athletes, including Alex Kennedy.

"Everyone that I always looked up to is here," Prus said.

Check out more photos of the set up Friday. 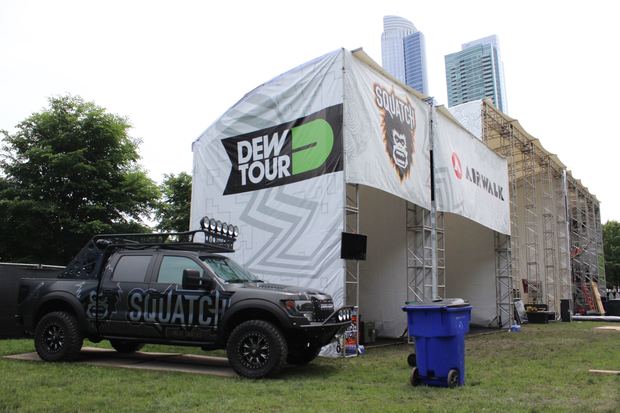 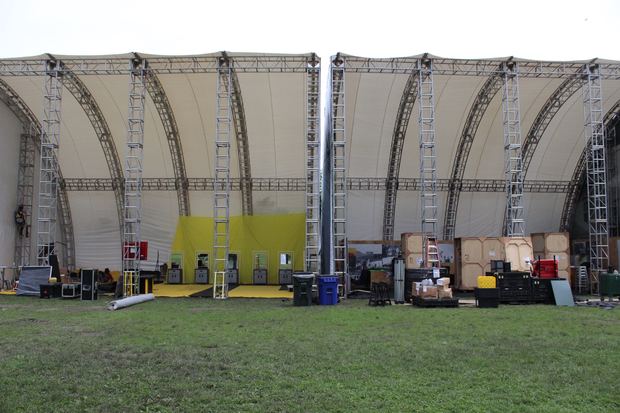 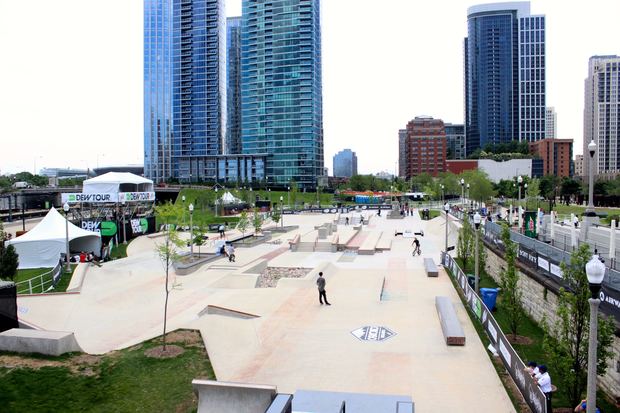 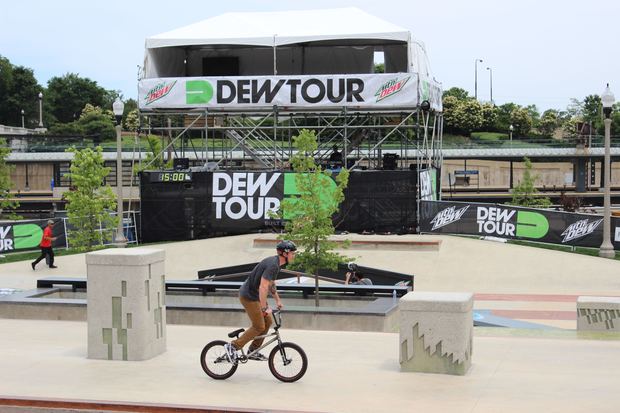 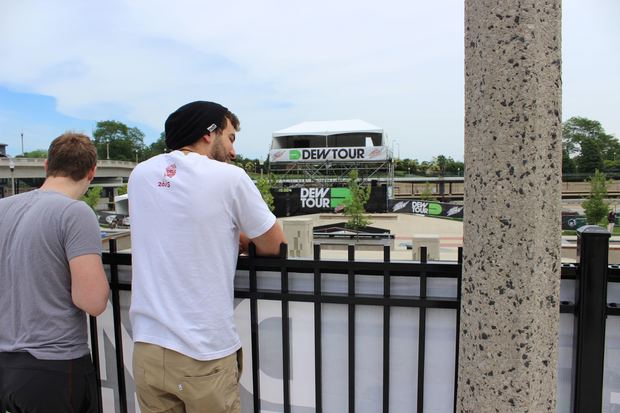