Most of Chicago Riverwalk Back Open After Flooding

CHICAGO RIVERWALK — Chicago's brand new Riverwalk got its first cleanup Tuesday after torrential rains submerged most of the Downtown pathway.

By noon Tuesday most of the Riverwalk was open to pedestrians, with just one stretch under LaSalle Street still closed due to flooding from storms Monday night. 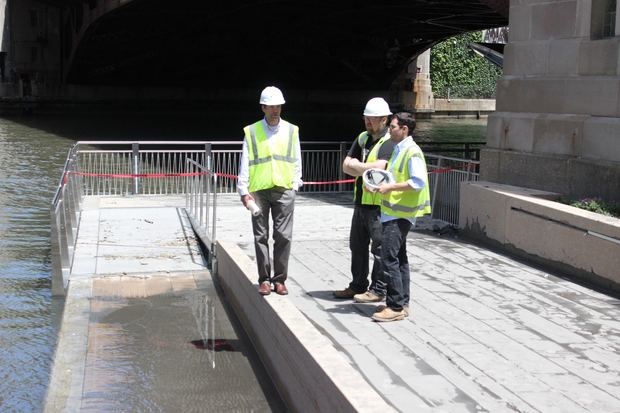 City workers evaluating options for a submerged portion of the Riverwalk at LaSalle Street on Tuesday. [Photos by DNAinfo/David Matthews]

Many new businesses have opened in recent weeks at the Riverwalk, which is undergoing renovations with a $100 million loan from the federal government. City officials hope the new Riverwalk stretching from Lake Shore Drive to Lake Street will become a tourist attraction rivaling Lake Michigan.

Cleanup crews arrived in time for Chicagoans to enjoy the Riverwalk during their lunch breaks Tuesday. The city has live cameras of the Riverwalk online here. 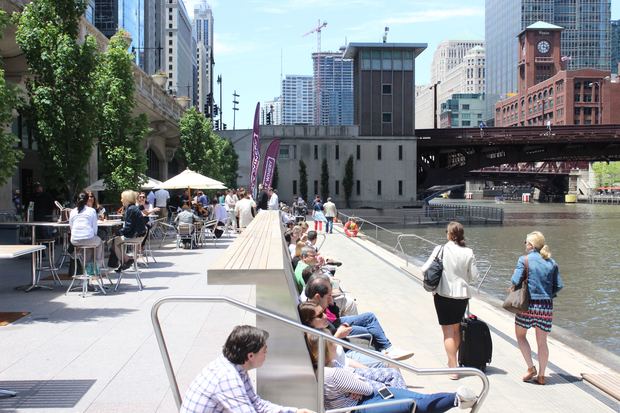 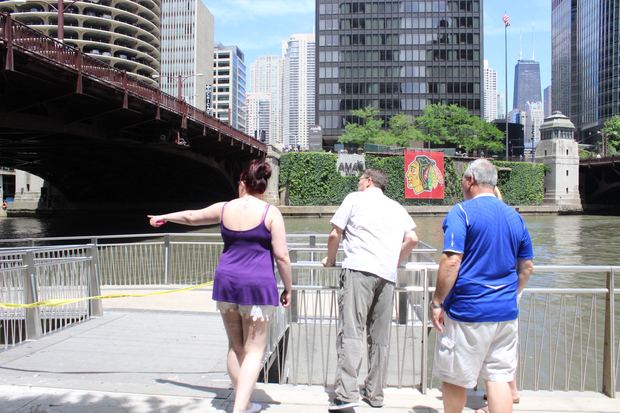 Pedestrians confused by the closed portion of the Riverwalk under LaSalle Street bridge. 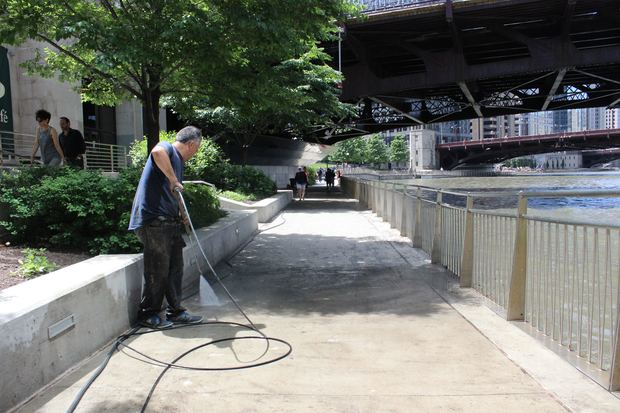 A man pressure washing the Riverwalk near State Street.