SOUTH LOOP — Baderbrau Brewery hopes to remodel a 25,000-square-foot building and start brewing before the summer lets out.

The remodeled brewery is set to feature a spot for producing the beer, but it will also include a store, bottle service and large event areas, including a 4,000-square-foot second floor where customers will be able to drink and hang out while watching the beer being brewed below. 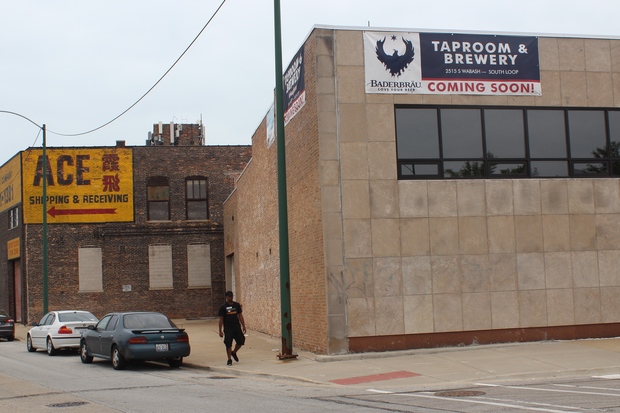 Baderbrau plans to start brewing in the South Loop before the end of the summer. (DNAinfo/Josh McGhee)

Owner Rob Sama, of Oak Park, said he hopes to start brewing beer at the location before the summer ends and have the brewery open to the public starting in the fall.

The facility at 2515 S. Wabash Ave. is part of a years-in-the-making project for Sama, who has given up his desk job to pursue microbrewing.

Baderbrau was his brew of choice when he was a University of Chicago student in the early ’90s. Sama and his friends would grab whatever imports they could find so they could experience new tastes, but Sama had a soft spot for Baderbrau, which he said was a craft brew before people even knew what was craft brewing was.

“We all aspired to be able to brew beer like [Baderbrau] ourselves,” Sama said. 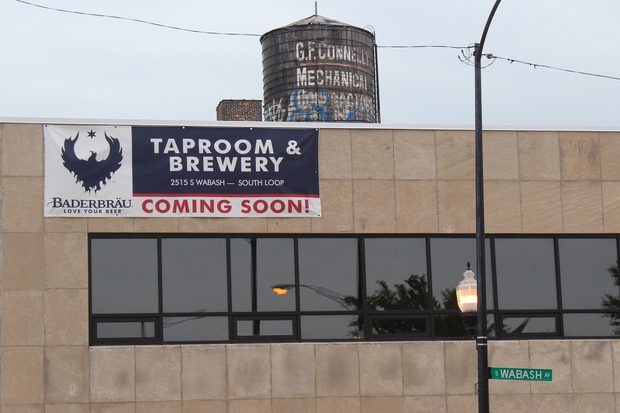 But Baderbrau's maker, Pavichevich Brewing Co., went bankrupt in '97 and, after a period of being produced by Goose Island, production of the pilsner stopped. Sama wasn’t sure what had become of the brew (which was nationally acclaimed, with critic Michael Jackson describing it as the best he’d had in the United States), and his curiosity was sparked after a friend reminded him of Baderbrau.

Sama investigated and found there was no website for Baderbrau, so he bought the domain. He had read about a person starting a business based on a lapsed trademark, and Sama found Baderbrau was no longer registered. He snapped up the trademark and sought out the recipe for the Baderbrau he had loved as a college student.

Sama was able to find that recipe through Baderbrau's original brewmaster, Douglas Babcook, who is now in his 80s and lives in Canada. Babcook provided Sama with the recipe and the yeast strain and production began.

Baderbrau had been revived by 2012, but Sama had bigger plans: Baderbrau has been produced at breweries around the area, but Sama bought the building in the South Loop to give the brew a home in Chicago.

Sama plans to remodel a significant portion of the building into a store with bottle service and “swag” and event rooms with bars so people can hang out or hold meetings, drink and watch the beer being brewed. One room will feature windows that give customers a view of the Willis Tower as well as glass walls so people can watch the beer being brewed below. 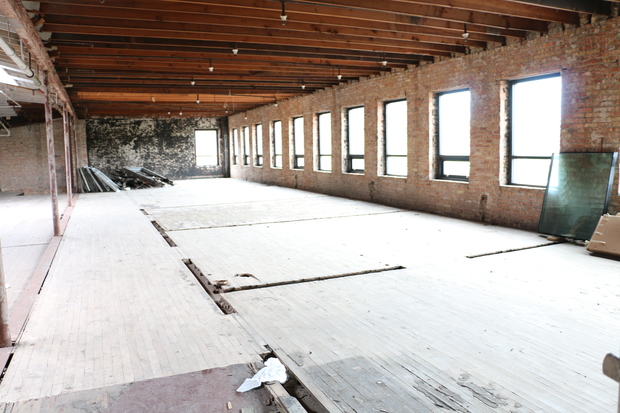 Baderbrau Brewery will feature sit-down areas for customers and a store. (DNAinfo/Kelly Bauer)

Sama also plans to add a glass box that pops out of the building à la the Willis Tower so visitors can look out to the Chicago skyline.

The brewery's location is "phenomenal," said Sama, who wanted an "accessible brewery" on the South Side because of his years at the University of Chicago in Hyde Park.

The community's reaction to the remodel has been positive, Sama said.

“There’s a need,” he said. “Everyone’s asking us, ‘When are you opening?’ That’s what you want to hear.”

Interactive Pedway Map: Where to Eat, Drink, Shop Without Going Outside