DALEY PLAZA — The Cook County sheriff thinks produce grown in jail could yield a way out for inmates.

Sales have grown each summer, with $10,000 last year going toward the jail's Inmate Welfare Fund, which underwrites occupational opportunities for inmates, including chess tournaments, cooking classes and a new pizza oven. These programs are paramount to Cook County Sheriff Tom Dart as he seeks to give the jail's population skills that will help build their lives after release so they are less likely to commit crimes again.

"When they're just sitting on their hands watching TV, they're not developing any skills," said Ben Breit, a spokesman for the sheriff's office. "They're wasting away, and they're going to come back." 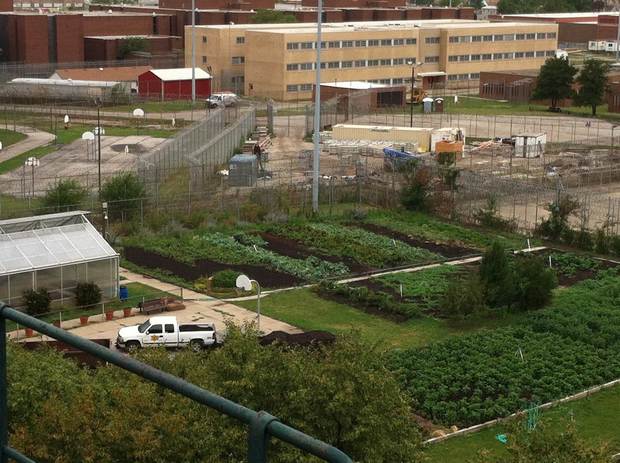 The jail began its gardening program in 1992 and now "every blade of grass" on the 2-acre plot is planted, said Kerry White, the sheriff's deputy director of the office's urban farming initiative.

Produce sold at the farmers market Thursday includes kale, chard and beets, all offered for $3 a bunch. White said the jail also sells directly to local restaurants, including A10 in Hyde Park, Yusho and Billy Sunday in Logan Square.

The program is only open to inmates who have had no violent charges in the last 10 years, nor any escape charges or other marks of bad behavior. There are 144 inmates enrolled in the jail's women's justice programs, Breit said.

"Jail is supposed to be for people who are dangerous to society. Most of these people [in the programs] aren't," he said. 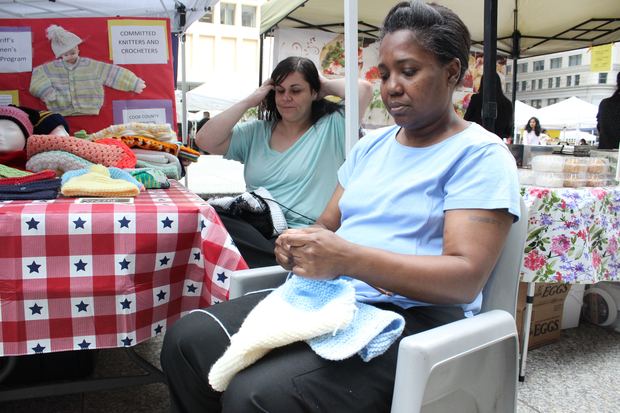 One of those inmates is Yvette, a 46-year-old woman from Austin who has been incarcerated since October on a drug possession charge. She's participated in dance, art and yoga programs at the jail, and she was Downtown on Thursday to sell blankets and other goods she knit, all products of the new hobby she picked up in jail.

"It is relaxing; it's stress-free, and you also put your passion in the knitting," she said.

Farmers market shoppers also approved of the notion. One of them was Chris Hitchcock, a Londoner visiting Chicago who happens to have a brother in jail.

"I understand the needs beyond punishment," Hitchcock said. "I think anything that addresses that is a positive."

South Shore resident Dolores Bowie was checking out some of the produce for sale.

"I think that's a nice idea," she said of the program. "All the chances now [for inmates], it's a good thing."

Thursday's farmers market was actually the last for Yvette, because she will be released from jail Friday. She plans to continue knitting, and is confident a new job "will come eventually."

But she has more immediate plans after she gets out.

"I'm going to take a nice bubble bath and get something nice to eat," she said.