CHICAGO — Last week, the Internet went crazy over New York City Sheriff's deputy Miguel Pimentel's Instagram selfies that showed off his tattoos and muscles while out on the job in uniform. Despite clear public demand for more buff, tattooed officers, the Chicago Police Department issued a mandate on Monday that may be bad news for Pimentel fan's and CPD staff alike: Chicago police officers are no longer allowed to have visible tattoos.

The mandate, which takes effect Friday, says "tattoos and body brandings will not be visible while on duty or representing the Department, whether in uniform, conservative business attire, or casual dress."

"No tats - hello long sleeves and ties. All summer," the blog added.

And they're right: according to the uniform change memo, "members assigned to uniform duty with tattoos or body brandings on their arms or legs that are visible when wearing the short-sleeve shirt or shorts will wear the prescribed long-sleeve shirt and long pants with appropriate neck wear, regardless of season."

If clothing doesn't cover your tattoo, prepare to invest in some Band-Aids. 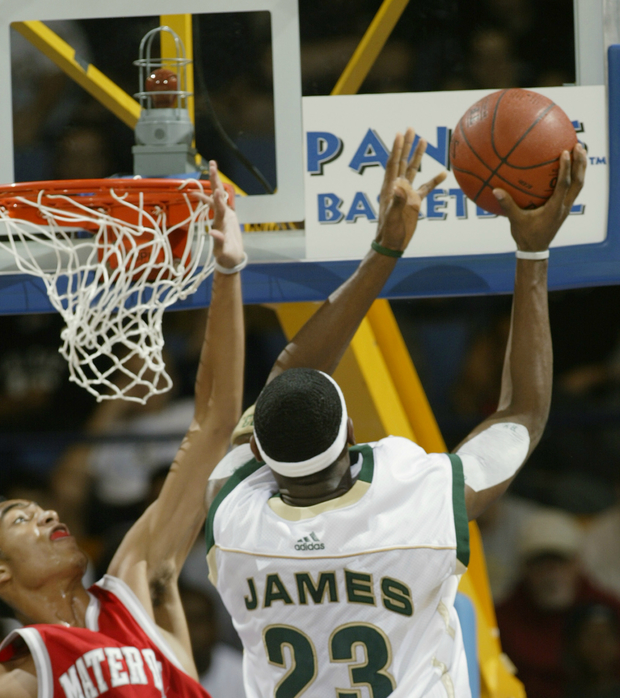 Chicago Police officers would have to cover exposed tattoos with bandages -- like LeBron James had to do in high school in Ohio. [Getty Images]

"Members with tattoos or body brandings on their hands, face, neck, or other area not covered by a long-sleeve shirt, long pants, or appropriate attire will cover them with a matching skin tone adhesive bandage or tattoo cover up tape."

The department has not publicly commented on what prompted the change in uniform policy.

Other updates to the uniform policy include discontinued use of knit caps and baseball caps, though a "trooper cap" (think Elmer Fudd) can be worn when temps fall below 40 degrees and a "nylon mesh (ventilated) cap" can be worn in the summer. Mustaches are still legit (this is Chicago, after all) as long as they're trimmed and beards are still not permitted.

Oh you know, just drinking a monster on this beautiful day 😎 #nyc#dominican#washingtonheights#uptown#deputy#coplife#tattoos#leo#tbl#fitcop