Father of 4-Year-Old Girl Who Was Injured in Bus Crash: 'I Was Shocked'

So he parked further west along Lake Street than usual Tuesday evening, a chance change of routine that put his car in the path of a CTA bus that hit five cars, injured nine and killed one. The bus driver was cited for running a red light.

Ren went to the hospital after hitting her head on the seat in front of her at low impact, Vega said.

"She was watching and got out of her car seat, and she's impatient because she's 4," the Medical District resident said. "I go, 'OK, go ahead.' She was standing right next to my seat, so luckily she wasn’t sitting down, otherwise she would have bounced right through. She was only inches away from the seat, it was soft." 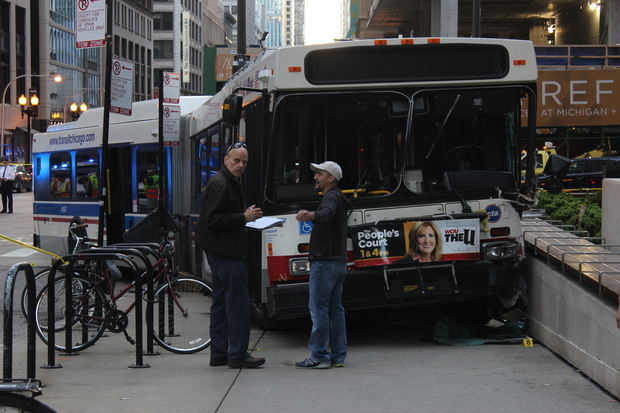 Hector Vega (r.) talks to an official about what he saw in front of a bus that hit five cars Tuesday, injuring nine and killing one. [DNAinfo/Kyla Gardner]

Vega picks up his wife from the Michigan Plaza office building every day. He leaves his job as a broker's assistant at the Chicago Board of Trade, picks Ren up from school, and the two wait for his wife along Lake Street.

He knew something was wrong Tuesday when he heard screaming over the percussion.

"I turned to look, 'cause people were screaming, and I heard metal [crunching], but I didn’t see anything," he said.

He put his car in gear and only moved a few inches before the bus rammed his car.

"Instead of continuing to push me forward, he bounced off of me and ended up turning more," Vega said.

The bus went up on the sidewalk, where it trapped a woman underneath.

Vega pulled his sedan, now with a crushed trunk, away from the scene and got out of the car, holding his daughter.

"I was shocked. I was worried about her," Vega said. "She was crying and didn’t know what happened. I had her in my arms."

As Vega walked down the street, he saw onlookers crying, and others told him a woman was underneath the bus.

"I saw a bag or something in the corner, obviously that had to be it, and I feel so bad for her," he said. 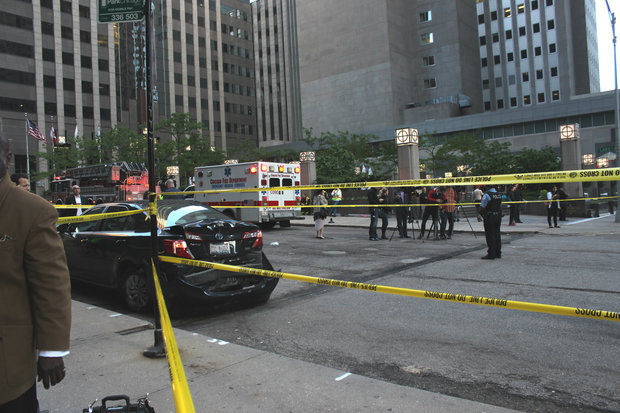 Hector Vega's car was hit by a bus Tuesday an accident that injured nine and killed one. [DNAinfo/Kyla Gardner]

The bus driver, unconscious at first, seemed to move a little, Vega said, and people tried to pry the door open to get to him.

As ambulances, fire trucks and police arrived on the scene, Vega's wife and daughter went to the hospital, while he stayed behind with the car.

Late Tuesday, as the last tow trucks pulled crushed cars away from the scene and police tape came down, Vega looked out over the street.

Before answering an incoming call from his wife, he summed up his chance involvement in a crash that swiped his car, but left his family mostly uninjured: 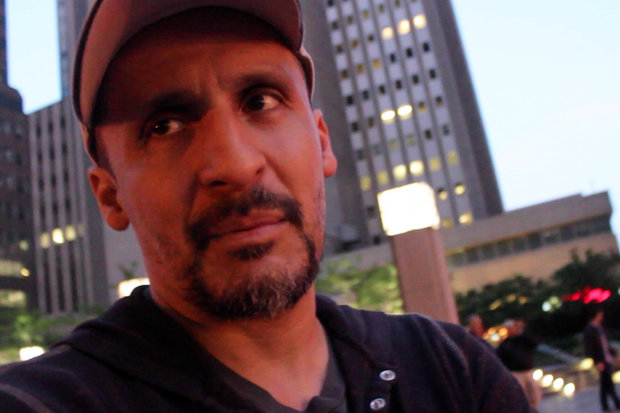 Hector Vega's car was hit by a bus Tuesday an accident that injured nine and killed one. [DNAinfo/Kyla Gardner]